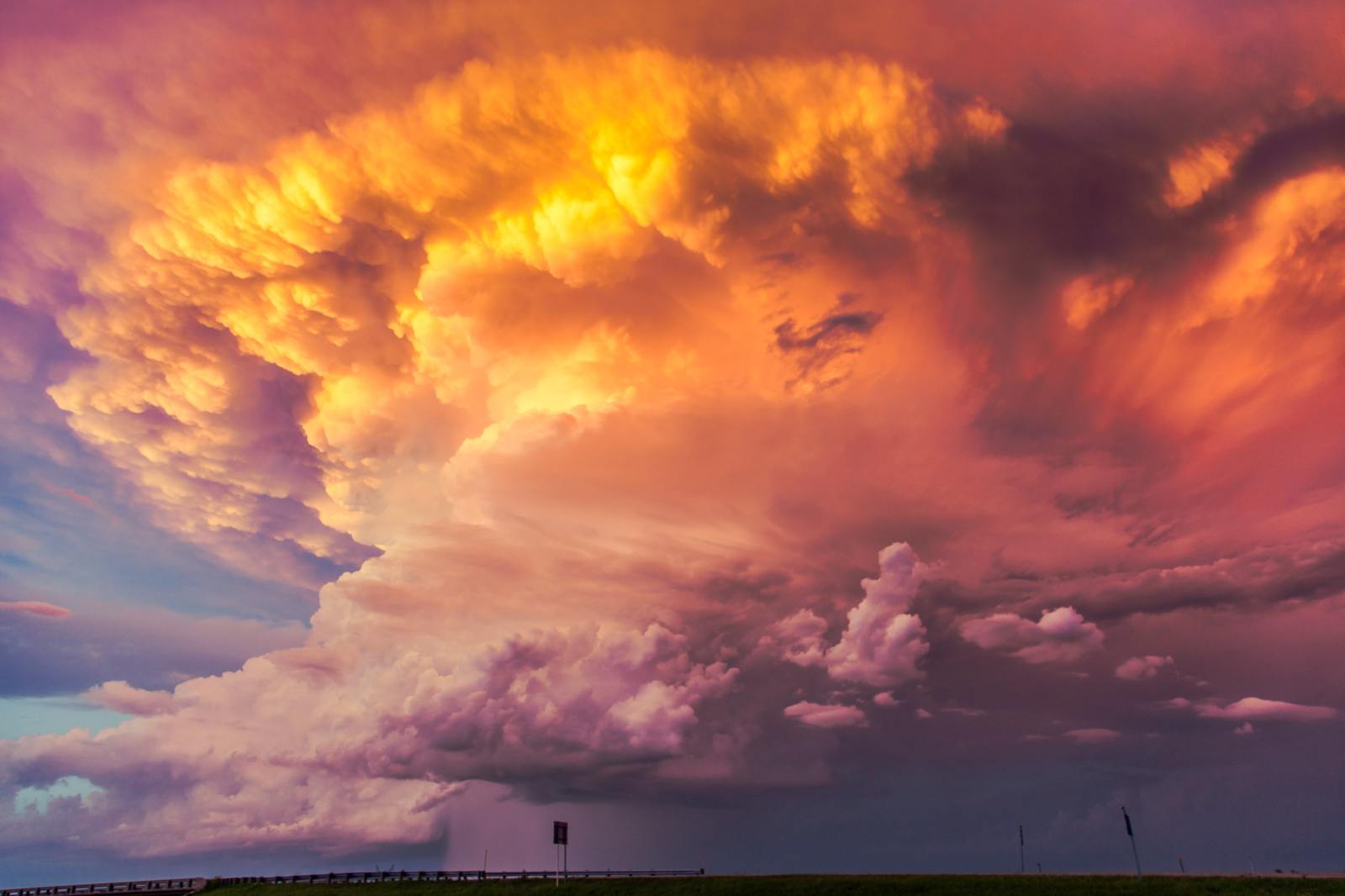 In a brilliant analysis in 1802, British chemist Luke Howard marshalled clouds to order (see Part One).  Nearly a century and a half later, Benoit Mandelbrot was to tear them apart.

It’s hard to decide whether Benoit Mandelbrot consigned order to chaos or brought chaos to order. What’s certain is that, after he’d published his ideas, the world as we understand it would never be the same again.

Mandelbrot was born in Warsaw in 1924 to a Lithuanian Jewish family and moved to Paris in 1936. When the Nazis invaded France, he went to ground in the southern town of Tulle, working as an apprentice toolmaker. After the war, he gained entrance to the elite Ecole Polytechnique.

A decade later, irritated with the formalism of French mathematical teaching, he headed for the United States and took refuge in the research centre of the computer giant, IBM. He described himself as a nomad by choice and a pioneer by necessity. Whatever he did seemed to be off the radar of mainstream science. IBM tolerated his obscure endeavours, as only a large, wealthy corporation could do.

Mandelbrot began looking at problems other mathematicians and scientists put aside and hoped would go away: transmission errors on telephone lines, long-range pattern anomalies in cotton prices, the randomness of the Nile flooding since Biblical times, anomalies in heartbeats, the random branching of trees, the shape of coastlines, the outline of clouds. Randomness interested him.

He found existing geometry of no use in all this. “Clouds are not spheres,” he was fond of saying. “Mountains are not cones. Lightning does not travel in a straight line.”

A real geometry of nature’s complexity – pitted, pocked, broken up, tangled and intertwined – would have to agree, he said, that odd shapes carry meaning. The pits and tangles are not just blemishes as Euclidian geometry would have it, he insisted, but are often the keys to the essence of the thing.

In 1960, Mandelbrot wrote a paper which marked the turning point of his thinking. It was titled How Long is the Coast of Britain? It would be a benchmark work in a field which was to become known as chaos theory.

If a surveyor walked round the entire coast marking it off with a one-yard divider, he argued, they would arrive at a certain distance. If they used a one-foot divider, the distance would be greater because the divider would capture more detail.

If the divider was, say, four inches, it would be longer again. If they followed a snail negotiating every pebble the distance would be vast. Mandelbrot found that as the measurement became smaller, the distance rose without limit down to atomic scales. The coastline was, for all practical purposes, infinite. It was all a matter of scale.

Above other things, Mandelbrot mistrusted formal analysis, but had an unfailing intuition about patterns and shapes. His work led him to a profound conclusion: the degree of irregularity remains constant over different scales. The unit of measurement for this irregularity he named fractal. It was, in the mind’s eye, a way of seeing infinity.

By way of example, imagine a triangle 10 centimetres across. Add a triangle one-third the length of one side to each side and you have a Star of David. Keep doing this to each triangle and the outline becomes more detailed, resembling a snowflake. You could keep adding triangles forever and their edges would never intersect. But they would all be contained within a circle the size of your original 10–centimetre triangle. Connecting their sides, you would get an infinite, zigzagging line within finite space. It would be possible to hold an infinity of triangular fractals in your hand. Mathematically speaking, it’s a conceptual monster.

With IBM as his working environment, it was obvious that Mandelbrot would devise mathematical equations to feed chaos onto a computer screen. The results were startling. Before his eyes, randomness organised itself into dynamic but recognisable forms, which repeated themselves in beautiful spirals to infinity. Each point, magnified, carried a pattern not quite identical, but recognizable from the previous magnification – whatever the scale. And these alluring patterns repeated themselves across disciplines, whether it was cotton sales you’re measuring or the movements of stars. All existence it seemed, was written in the fractellated codes of chaos.

Chaotically forming clouds were perfect material for his fractal geometry. Their characteristic irregularity, Mandelbrot found, changes not at all as they are observed at different scales. That is why air travellers lose all perspective on how far away a cloud is. Without help from cues such as haziness, a cloud 20 metres away can be indistinguishable from 2 000 metres away. Indeed, analysis of satellite pictures has shown an invariant fractal dimension in clouds observed from hundreds of kilometres away. Mountain ranges will do the –same. So will coastlines, tree branches and almost everything else you look at.

Far from being merely ‘desolate beauty, gathering randomly and dispersing with the wind,’ it appears that clouds are, indeed, part of nature’s continuous scheme. From such discoveries was to develop the mathematical notion of ‘self-similarity’, a component of chaos theory, a field presently which revolutionised natural science.

Until recently, most formal science saw life as the triumph of order and regularity over randomness and entropy. Chaos theory changed that notion. In diverse fields from human anatomy and biology to pure mathematics and astrophysics, researchers are finding that the information which informs the natural world is contained in ghostly, beautiful envelopes of unfolding pattern which contain and embrace chaos. Disorder, it seems, is the messenger of life. And it’s beautiful.

This is something anyone looking at the branches of a winter tree or the forming and reforming of a cloud knows intuitively. In the end, it seems, the poets were right. Clouds, like trees, mountains and much else that pleases our eye, have form and meaning beyond their mere existence. As a man who created a language of the seemingly unknowable, Luke Howard would surely have delighted in that bit of information. DM/ ML

A brief history of clouds, Part One: Capturing chaos