Shelter in place – the sudden ubiquity of our homes 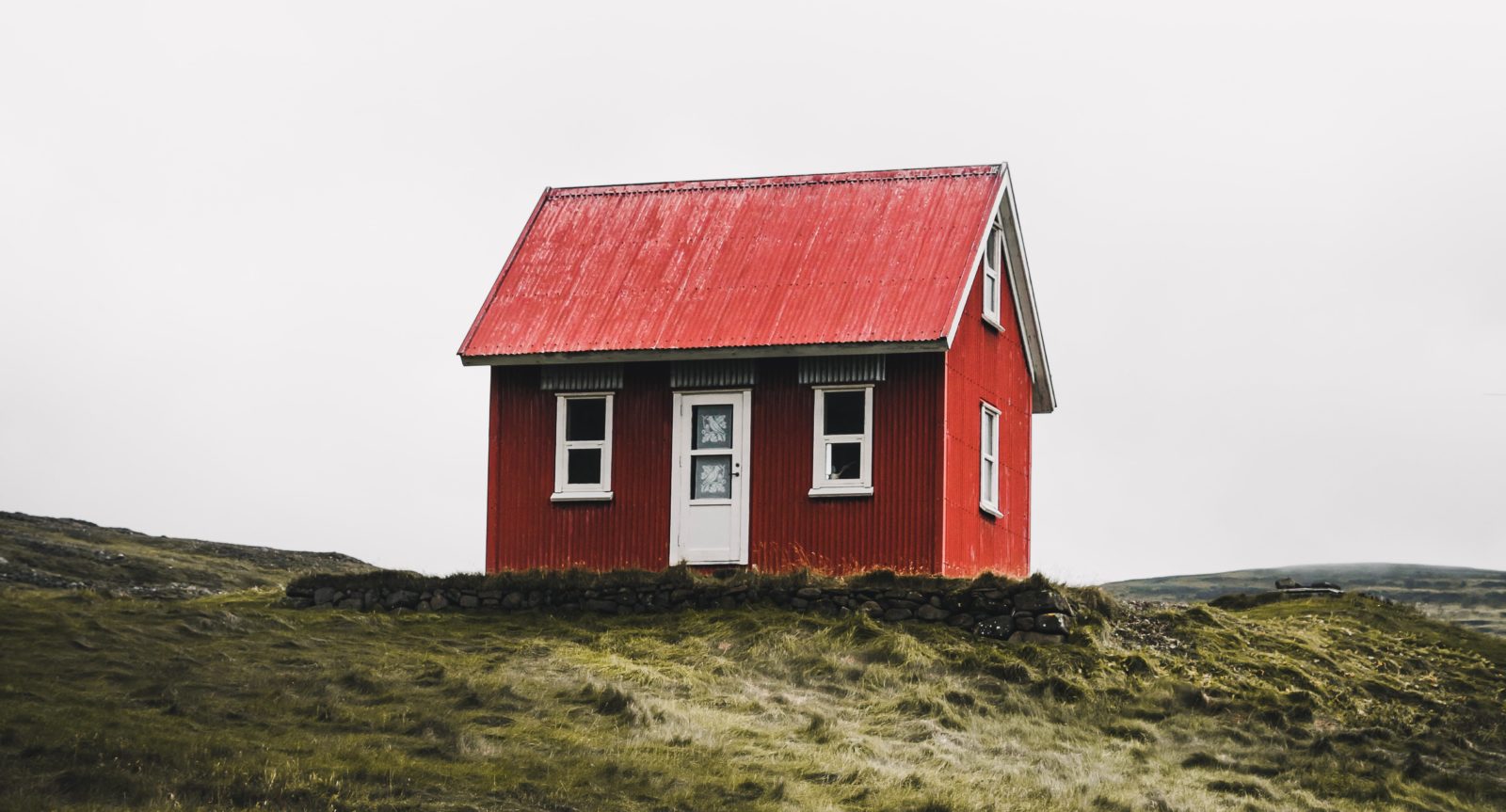 The pandemic has made people around the world spend weeks at home, unable to leave except on a few occasions.

The dreaded spread of coronavirus has chased us into our homes – whether due to a personal fear of death or illness, or by official government decree (lockdown in South Africa and stay-at-home in the US), inside is where most of us have been and will most likely remain for some time.

There have been many issues raised around homes and housing in South Africa in the time of this pandemic-induced lockdown. Especially the fact that many people have very tiny, inadequate spaces and some have none. Around the US, protesters have been taking over public spaces, citing their “right” to liberty and freedom of movement.

Our homes have also made their way on to our screens, involuntary backgrounds for our Zoom meetings, popping up on national TV through live interviews and comedy shows – The Daily Show Dulcé Sloan dissects what some journalists, contributors and presenters’ interiors say about them and it’s hilarious – slowly unveiling something more intimate about us. The home, in short, has become ubiquitous, and not only as our natural habitat.

And it wasn’t always that way; around 25,000BC, strong evidence shows that we might have lived in a tree, made an oval-shaped hut out of trees or saplings, where the skinny tops would be bent inward to form the roof. Earliest houses seem mostly to conform to that round or oval shape.

Coming out of the ice age, around 15,000-8,000BC, life started to change and so did “housing”. Archaeologists found proof of solid structured homes, mainly round or oval in shape. While we think of early humans as cave-dwellers, this is only half right as caves would actually have been their “winter homes”. In the summer, there would be travelling and hunting and gathering and shelter would be taken in trees or by making a tent out of animal skins or tree branches.

Tents have come a long way from being constructed from animal skins and tree branches or wooden supports, but while thousands of years have passed since they were first made, their basic design and structural components remain the same. The Bible is filled with tent references: Jacob had a large family that needed many tents, including some for their servants – see Genesis chapter 31 verse 33.

Archaeologists think that nomadic peoples would pitch their tents in the same places and there would be a ring of stones marking their “spots” which they would return to seasonally. The ring of stones also marked where they put supports for the tents or tucked the tent fabric under.

Around 8,000 BC, people had started to farm and stone houses became the norm, or in the middle east, clay brick. Also round, as witnessed by the evidence of the city of  Jericho in the Jordan Valley on the West Bank which dates back around 9,000 years. The bricks had rounded ends to ensure the rounded shape of the buildings. They also had clay ovens – but no pizzas, though many of the Mediterranean flatbreads enjoyed with tapas today were already starting to emerge.

And while the Sumerians were not the first people to make clay bricks, they were the first to figure out how to “mass produce” them.  In ancient Mesopotamia, a region which in modern-day comprises Iraq, Kuwait, south-eastern Turkey and eastern parts of Syria, Sumerians were building ziggurats, temples and houses from clay bricks. They were also the first to fire bricks, making them stronger which meant higher walls and taller buildings. These buildings were mostly square and rectangular.

Ancient Egyptians and Chinese also used bricks but a few thousand years later, in Egypt as in many modern cities in the 19th Century, rich people had brick homes with many rooms and often had two floors, while poor people had small single-room, single-storey dwellings. Bricks were made by slaves and very young children.

A modern luxury we hardly notice unless it needs closing or opening is the window. First made by the clever Mesopotamians around 3,500 BC, the first glass objects were glass beads and arrow heads. There is also some discussion among those who know about whether the Mesopotamians were the first to use glass or that it was something initiated by the Egyptians – the Mesopotamians however, took glass to the next level. Beyond beads (mostly jewellery) and arrowheads, glass was for a long time turned into decorative objects, like bowls or glass containers.

Then the Romans, around 100 AD, introduced manganese into their glassblowing and came up with clear glass, which was a game-changer at the time. Still, no glass windows yet. Glassmaking was a hard thing to do until glassblowing was invented by Syrian glassworkers.

Most houses did not have windows. They had square “holes” or spaces in the walls to let air and light in, with a reed or cloth covering, paper, parchment and even flattened animal horn, to keep dust and wind out.

Glass only started becoming “windows” with stained glasses in European churches after the glass making of the Romans swept across the continent resulting in some of the most stunning cathedral windows in the 13th and 14th Centuries.

But glass was still difficult to make in large quantities for a variety of reasons and glassware was mostly owned by rich people. Until the 17th Century, clear glass windows were for people who could afford them. Then the British started making broadsheet glass and when some of them emigrated to the Americas, they took glassmaking with them.

But the first glass windows were made of opaque glass around the 13th Century, a time that seemed punctuated by rather dull colours and dim lights – clothing for the masses was mainly in drab natural colours as expensive fabrics and styles and colours were mainly worn by the wealthy. Think Game of Thrones, with cloth tied around wood, dipped in animal fat and set alight.

Glass and windows took homes a step beyond shelter (plumbing too) and made them living spaces, bringing in light and changing spaces from dark and dreary to cheerful and inviting – a necessary shift as psychologists have now linked light to wellness and circadian rhythms.

But what used to be a shelter stepped into the modern era with more than just better lighting. Enter the age of form and function: some of the world’s most famous architects have long thought about how to create buildings and structures that were practical, revolutionary, using groundbreaking engineering, and beautiful: Antoni Gaudí, famous for the Sagrada Familia in Barcelona – still under construction today, Frank Lloyd Wright, Le Corbusier, Mies van der Rohe, Eero Saarinen who went against the strict lines of the Bauhaus, using curves and rounder shapes in his designs, Norma Foster, to name only but a few of the architects who transformed buildings throughout the 20th and 21st centuries.

Buildings are used to push the limits of engineering like the Space Needle, built in 1961 in Seattle, Washington, and presented at the 1962 World’s Fair, a long and narrow design that was “inspired by the idea that the fair needed a structure to symbolise humanity’s Space Age aspirations”. It then inspired the design of the Burj Khalifa in Dubai, probably the most world-famous example of a needle building. At 828 metres in height, the 200-storey tower is the world’s tallest building and was inaugurated in 2010.

Or the Gehry Tower in Germany: the twisty offishness of it makes it almost wistful – imagine a blonde Rapunzel letting her tresses down from a top floor window. While the stainless steel gives it a modern aggression with a touch of whimsy; is it the gym the Valkyries use in Valhalla?

Homes and buildings are no longer the places where we simply live in, they are a sign of the times too; German architect Mies van der Rohe once noted, “Architecture is the will of an epoch translated into space”.

And so, the journey from improvised shelters to building houses, citadels, palaces, or simpler homes, had started. Built through centuries with at times genial creativity, incredible savoir-faire, outrageous grandeur, or peppered with bad taste, flimsy engineering, the architected home took hold; it grew into compounds, turned into museums, or disappeared into history until today, where it wallpapers our digital lives. ML/DM

Blazing saddles: ‘Flatland’ is fearless filmmaking from one of our own

Behind the cover: The entwined geniuses of Fela Kuti and Lemi Ghariokwu

What’s new on Showmax in November

Hummertime, and the living’s not easy: The world’s most hated car is back

The Book of ProVerb: Words of wisdom in Tebogo Thekisho’s memoir