DA and e-commerce businesses call for an end to restric... 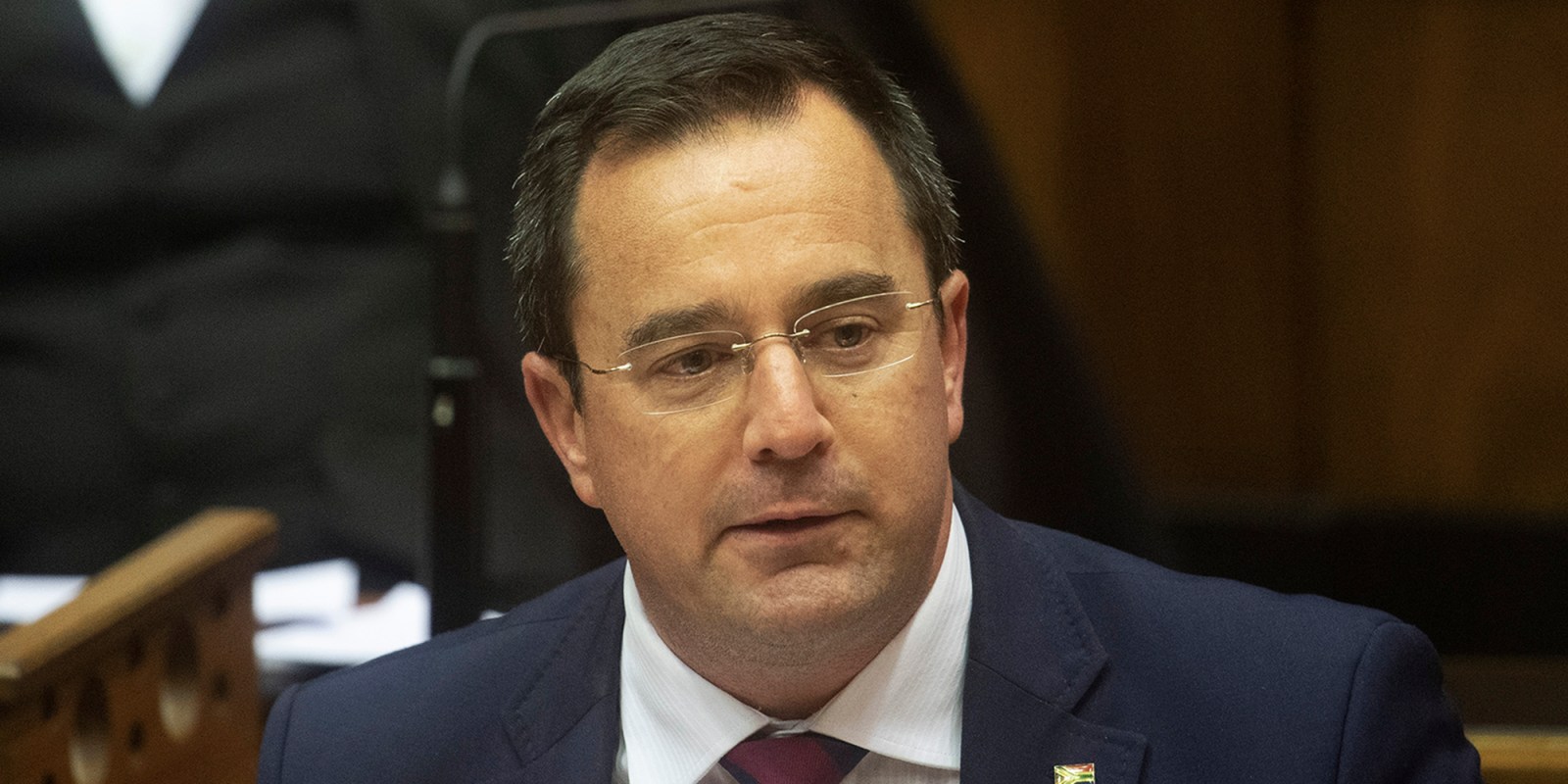 Interim DA leader John Steenhuisen called for the government to end what he refers to as the ‘senseless ban on e-commerce’. Steenhuisen was joined by e-commerce leaders who spoke about the impact the lockdown has had on their businesses.

“The point that many South Africans and commentariats miss is that the point of the hard lockdown is not to kill the virus or stop it … It’s to buy you time to prepare yourself,” said Steenhuisen, who accompanied Natasha Mazzone in hosting a live online discussion with leaders of e-commerce businesses Yuppie Chef, bidorbuy, uAfrica.com and PayFast.

Steenhuisen argued that six weeks of the level 5 lockdown had accomplished all that it could have and that the time to reopen the economy was upon the country.

While there isn’t a wholesale ban on online shopping, the restrictions on non-essential items have cost businesses (both online and traditional), a significant loss of revenue.

“To give you a picture of the impact is that we have lost nearly half of the content that we would typically have on our platform,” said Chief Executive Officer (CEO) of bidorbuy Craig Lubbe.

“And this is largely due to the merchants that usually trade on our platform having to shut doors, at least temporarily, during the lockdown period.”

CEO of Yuppiechef Andrew Smith said the uncertainty that the lockdown has brought has resulted in pay cuts. The company employs 150 people across the e-commerce site and stores.

“When lockdown happened, our sales went to zero and everyone had to go home, and we had to figure it out,” said Smith.

The company has since adapted by sorting between what customers are allowed to purchase during the lockdown.

“At the moment we’re doing okay. E-commerce is working for us. The stores have remained closed, but it’s such an uncertain time.”

Across the globe, governments have placed restrictions on non-essential items in a bid to prevent unnecessary contact between workers and consumers. And while South Africa has been following the guidelines issued by the World Health Organisation (WHO), the move from the hard lockdown at level 5 to level 4 has come with a sharp increase in Covid-19 cases.

On 1 May 2020, the country entered level 4 of the nationwide lockdown, which saw an easing of restrictions. Two weeks later, the number of confirmed Covid-19 cases had doubled from 5,951 on 1 May to 11,350 on 12 May. The Western Cape alone accounts for more than half the cases.

“The more you actively go out looking for the virus, the more you’re going to find it,” said Steenhuisen in response to a viewer who had queried the DA-run province’s Covid-19 cases.

“But it also helps you build up a data set that means you can manage the virus better going forward.”

Nations worldwide have felt the economic pinch of the lockdowns or restrictions implemented to curb the spread of Covid-19. Many have since begun to ease restrictions in an attempt to reduce the economic impact. However, WHO issued a warning against the potential danger of prematurely ending lockdowns across the globe.

“Over the past week, several countries have started lifting stay-at-home orders and other restrictions in a phased way,” said WHO Director General Tedros Adhanom Ghebreyesus on 11 May 2020.

Ghebreyesus said countries need to consider three key questions before gradually easing lockdown restrictions. He said governments need to be confident that the epidemic is under control, that the healthcare system is able to cope with a resurgence of cases “after relaxing certain measures” and, lastly, that the system is able to track and detect new cases, and their contacts.

“Even with three positive answers, releasing lockdowns is both complex and difficult. Over the weekend, we saw signs of the challenges that may lie ahead,” said Ghebreyesus.

“In Wuhan, China, the first cluster of cases since the lockdown was lifted was identified. Germany has also reported an increase in cases since the easing of restrictions.”

To date, South Africa has followed the recommendations of WHO. The hard lockdown which came to end on 30 April was effective in allowing the country to prepare for the rise in Covid-19 cases by slowing down the spread and, effectively, saving lives.

When President Cyril Ramaphosa announced the transition to level 4, industries that were previously unable to operate under level 5 were given the green light. However, many restrictions still remain on non-essential items.

The DA has called for the adoption of what the party terms a “smart lockdown”, which is very similar to the phased approach currently in place and endorsed by WHO.

Meanwhile, advocacy group Dear SA has echoed the sentiment shared by US President Donald Trump stating that the “cure should not be worse than the disease”.

Dear SA issued a letter to the Minister of Cooperative Governance and Traditional Affairs, Nkosazana Dlamini Zuma, challenging the restriction on e-commerce and outside exercise time.

“Many South Africans have not only lost many basic human rights, but have lost their income and ability to look after themselves, and families. We must reasonably balance the health and economic risks,” reads the letter to National Coronavirus Command Council member, Dlamini Zuma.

Another letter by the Small Business Institute is addressed to Ramaphosa, urging the president to allow businesses to operate.

“The Small Business Institute beseeches our government to revise regulations pertaining to business issued during our State of National Disaster immediately,” the letter reads.

“We believe that within certain guidelines and within reason, this constituency (those still standing) should be allowed to open and run their businesses so that they and their 3.9 million employees can earn a living.” DM