Scientists may have found a new coronavirus lurking in wildlife: Key Takeaways 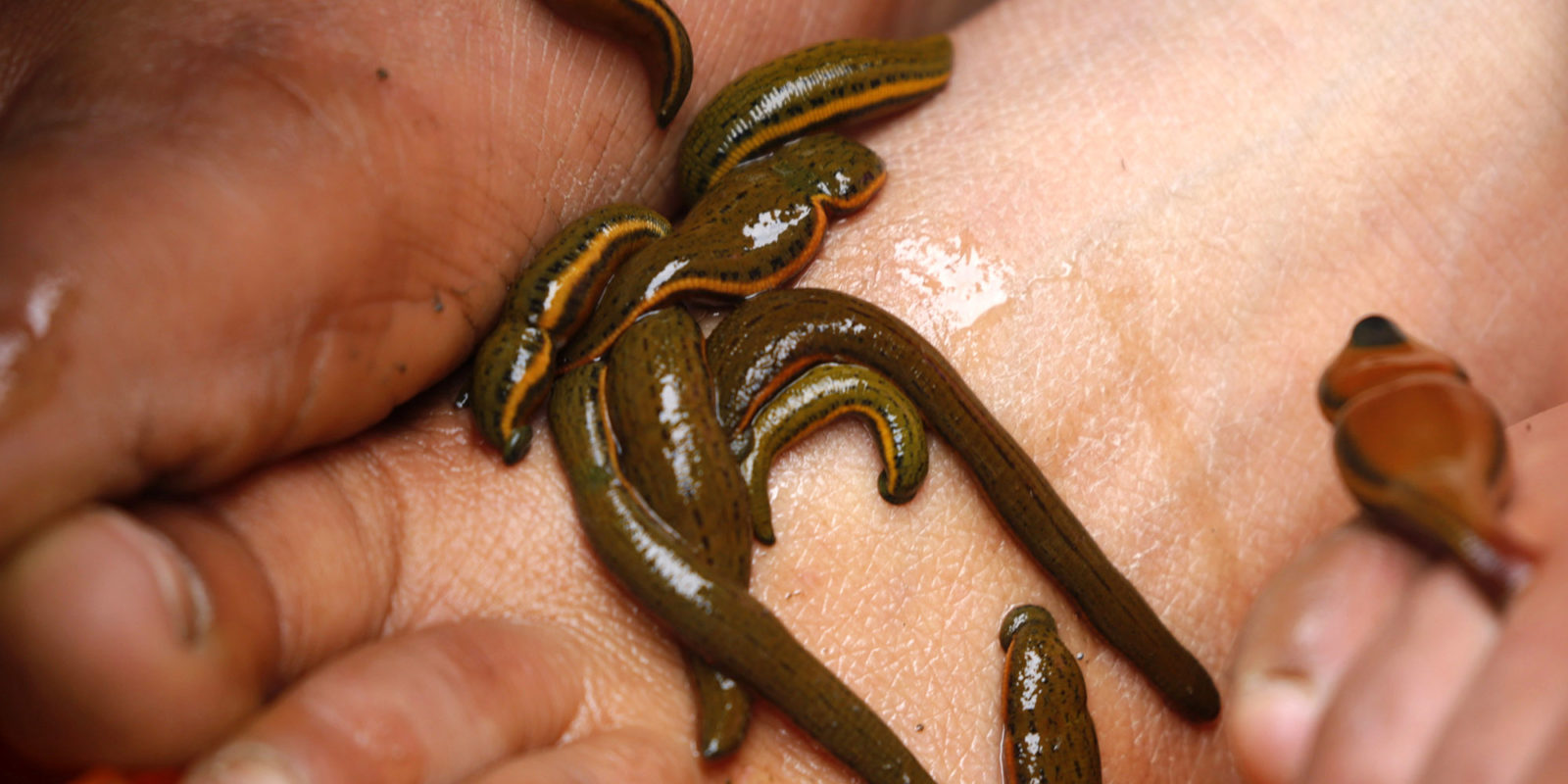 Leeches suck blood from the foot of a patient during a leech therapy session on a roadside in Srinagar, the summer capital of Indian Kashmir. (Photo: EPA / Farooq Khan)

Worm-like creatures from a remote Bornean rainforest could be opening doors to a ‘rogues’ gallery’ of viral discoveries.

Read the full story by clicking bellow, or continue reading this digest:

A small army of blood-sucking leeches from Malaysian Borneo have hunted down a trove of novel pathogens, a preliminary scientific paper has revealed.

The discoveries might include a completely new coronavirus genus — one that is unknown in the arcane world of emerging infectious diseases.

Top virologists not involved in the study say the initial findings add to our knowledge of a “zoo” of viruses in “understudied” wildlife. The research was led by the Leibniz Institute for Zoo and Wildlife Research, which worked with several European research institutions. It is the first analysis to have used leeches to find viruses, the authors claim.

Daily Maverick’s further investigations established that coronavirus related to the common cold has been found in sambar deer before.

A 2008 peer-reviewed study published in the Journal of Virology determined that exotic deer in the Midwestern US state of Ohio may be vulnerable to coronavirus living in cattle and local wildlife. The study sequenced a full-length coronavirus genome.

However, other virologists cautioned that much more work was needed.

“They simply found a small piece of a coronavirus genome, which quite closely matches some known coronaviruses,” said Professor Darren Martin, a University of Cape Town virologist.

Martin’s software is used worldwide to study recombination patterns in microbial genomes and to analyse data from emerging and even re-emerging viruses during major outbreaks, such as the present pandemic which has killed more than 280,000+ people worldwide.

Martin pointed out that it was particularly difficult to establish how closely this segment “matched other coronaviruses because the figure given is [only] for the best-matching segment of the virus”.

He did agree it was “possible this small genome fragment represents a new coronavirus genus”. It was “a good starting point for us to find the full genome and track down the most likely hosts of this virus”. But the study needed to go a step further to convince the critics who matter, he argued.

The study has “simply filled in some blanks with respect to describing the complement of viruses that infect some understudied wild animal species”.

Professor Wolfgang Preiser, head of Stellenbosch University’s medical virology division, agreed that this virus needed to be “characterised more fully”. Then the International Committee on the Taxonomy of Viruses would have to decide “whether it is indeed a new genus”.

Martin warned of “very probably … tens of thousands of presently unknown coronaviruses” sharing the planet with humans. However, very few of these are able to infect humans, added Preiser.

Comparing the blood meal DNA from leeches to known viruses, the Leibniz study homed in on other gene sequences that latched onto distinct places of the evolutionary tree.

Novel viral genera and species appeared to drop like, well, leeches from the forest canopy. Viral empires emerged from some 60% of bulk samples.

Little was known about the virology of wildlife in Southeast Asia, from where the leeches were collected, said the study, so the discoveries were “not unexpected”.

The piece de resistance of the blood-loving leech’s predatory polka is isolating a mammal host and engorging itself on a meal of its blood, which scientists can then pick apart for viruses.

“Non-invasive approaches to monitoring known and novel pathogens may be of particular benefit in ecosystems prone to viral emergence, many of which occur in areas where invasive sampling is challenging,” the scientists wrote.

That was where this study was “very interesting”, said Preiser — by “adding to our knowledge of the ‘zoo’ out there and using a novel approach”.

Further possible mammal hosts include the Asian muntjac, bearded pig, sun bear, Malay civet and zebra. Additional research by Daily Maverick showed that these mammals are all eaten as Asian bushmeat — with the exception of zebra, which is eaten in Africa.

The viruses pinpointed in the new paper might have jumped species barriers, the authors suggested.

It was habitat destruction and wildlife trade — rather than the animals themselves — that caused a long history of disease in humans, including pandemics.

The study’s findings have been submitted for peer review and publication in a scientific journal. As required by the journal’s rules, the authors were not able to provide Daily Maverick with comment on their research. DM