The tricky balance between retirement earnings and death benefits 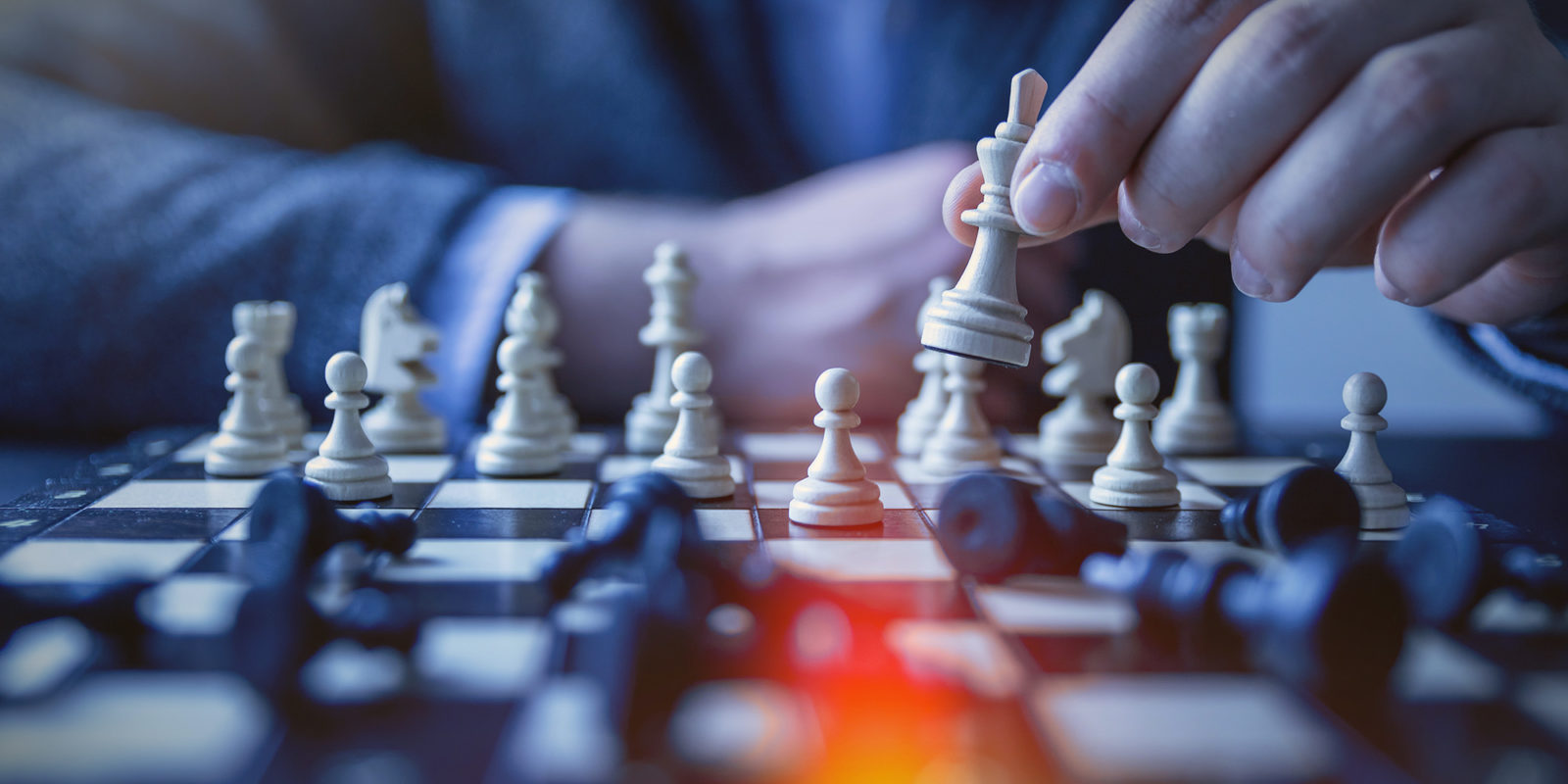 The more income you require from an investment living annuity, the less the death benefit your heirs will receive. As one goes up, the other goes down. There are also other costs that can be huge.

Over the last two weeks, I dealt with some of the pros and cons of guaranteed annuities versus living annuities, based on the table below used by living annuity product providers. Today, I will deal with: leaving money to an estate and costs (the costs are not included in the table, but make up an important element).

The table is based on this simplistic approach prepared in the past by the linked investment service provider (Lisp) companies.

Leave to an estate

When you die, with a living annuity, the residue of your investment is passed on to your beneficiaries.

But this does not mean a guaranteed annuity provided by a life assurance company simply claims your capital when you die, as is implied by the table.

Deane Moore, chief executive of insurance JUST SA, says: “I’ve seen some horrific, incomplete and frankly dishonest half-truth comparisons in the market-place, such as a living annuity provides your capital back on death, while, with a guaranteed pension, the assurer keeps your remaining capital.”

Moore says the “guarantee” of a guaranteed annuity comes in three forms:

Moore says with both annuities, you can leave your income flow to your partner without tax consequences. With a living annuity, the entire residual capital is left (after the withdrawal of your income), but with a guaranteed annuity, you can decide on what you would like to leave to your partner. The more you buy for your partner, the lower your income will be over the years.

Actuary Warren Matthysen, principal investments consultant at Alexander Forbes, has put together the following charts to illustrate how the playoffs occur in a living annuity between income and what you leave to your heirs.

He assumes a male pensioner, who uses a R1-million living annuity, retires at age 65. The inflation rate for the period is assumed at 6%. He uses four different drawdown rates.

This table deals with your pension relative to the point of ruin:

Matthysen says that while it can be complicated to think about numbers in real terms (the after-inflation figures), this aims to show the numbers that are comparable at the same point in time. If you start with a drawdown rate of 6% per annum, or R5,000 per month, if you adjust for inflation, you expect your income to remain at R5,000 per month (in real terms), up until the point of ruin when you reach the maximum drawdown rate. The purchasing power of your pension remains constant in line with inflation.

At the point of ruin, your income will reduce in real and inflationary terms.

Using Matthysen’s assumptions on 5.2%, one never reaches the 17.5% maximum drawdown rate, or point of ruin, before passing away.

(Note: The normal minimum and maximum drawdown limits are being used here; and not the change of the increase to a maximum of 20%, or the decrease down to a minimum of 0.5% being applied by the government consequent of Covid-19.)

But because the underlying assumptions are never the same, for example different people will have different outcomes depending on consistency of returns, or the underlying product on which returns are based, or the date on which you retire.

For example, in a recent Sanlam webinar, Karen Wenzel, the company’s head of annuities, said a 5% drawdown will see you reaching the point of ruin at age 93, on a 6% drawdown at age 84 and on a 7% drawdown at age 78.

Neither of them is wrong. It is the assumptions that count – and it is best to receive sound advice; and to be cautious because no two people will have the same demands or the same conditions at retirement.

Using Matthysen’s assumptions, at a 6% initial drawdown, after inflation, the pensioner continues to receive a real R5,000 pension. In nominal terms it increases, as does the drawdown amount in percentage terms until it reaches the 17.5% maximum. At a 6% drawdown, the 17.5% is only reached in 22 years. But if the pensioner is drawing down 17.5% of their pension, the point of ruin is reached in the first year!

Costs, which include commissions and fees paid to financial advisers, can have a debilitating effect on your investments, particularly in a low-inflation, low-returns situation. The commissions and costs are both initial and ongoing.

Matthysen says that the “ongoing costs for living annuities in effect erode the value of the initial capital that you invest”.

For living annuity accounts with a value of less than R10-million, which covers around 98.5% of living annuities, these costs include:

Matthysen says a rough estimation of total living annuity costs is about 2% to 2.5%.

The lower the amount of income you draw down, the greater the impact of the annual charge will be.

Matthysen questions whether pensioners receive value for this cost, but says that costs are coming down, particularly since the government launched default regulations that requires retirement funds to provide options at retirement for members of these funds.

The problem with a guaranteed annuity is you do not get to see the costs apart from the advice fee. There are costs, but you are just given a quote for your monthly income. It is time all costs were fully disclosed. 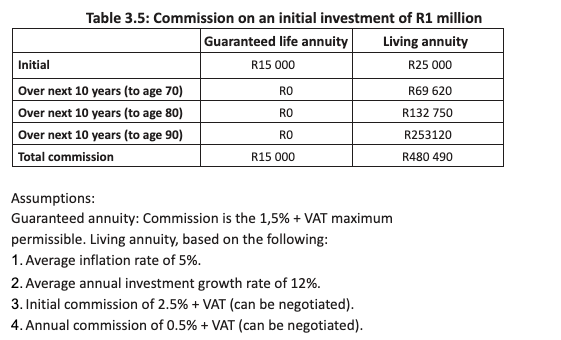 But what must be noted is that a guaranteed annuity needs no further advice, but a living annuity does. DM/BM

Bruce Cameron, the semi-retired founding editor of Personal Finance of Independent Newspapers, over a number of weeks, will look at the state of pensioners of retirement funds, which will detail research undertaken by Alexander Forbes on retirement income in South Africa. Bruce Cameron is co-author of the best-selling book, The Ultimate Guide to Retirement in South Africa.