The children of ‘Ububele’ will miss Denis Goldberg too 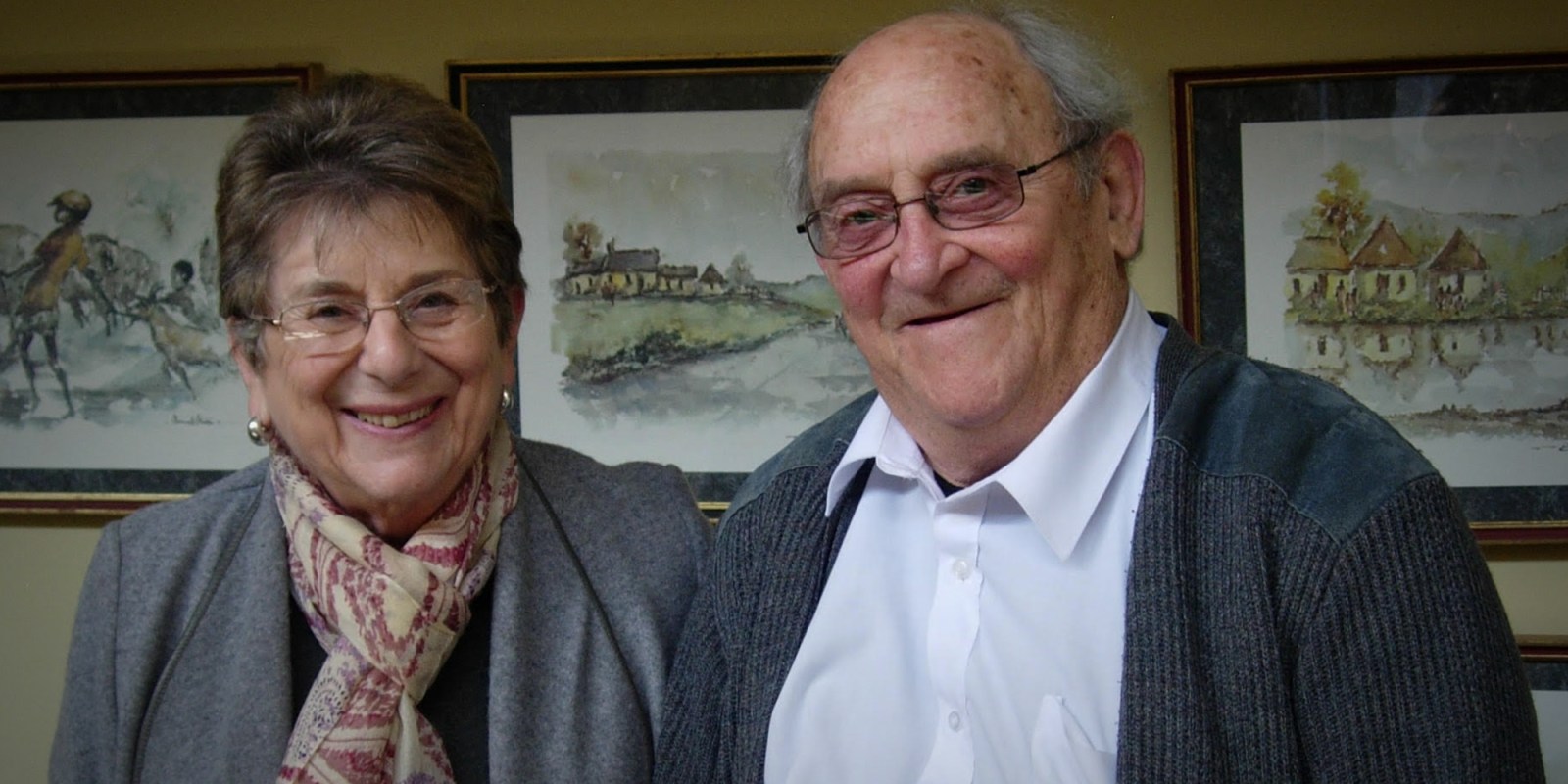 Denis Goldberg with the author Hillary Hamburger on his last visit to the Ububele centre for children’s mental health in Alexandra, Johannesburg. (Photo supplied)

Hillary Hamburger retraces her long friendship with Denis Goldberg, the Rivonia triallist and veteran activist who died recently. From visiting him at Pretoria Central Prison to his time as a patron of an Alexandra organisation which prioritises the mental health and wellbeing of young children.

Denis and I met for the first time in Pretoria Central Prison in 1970 where he was serving a life sentence. I was asked to visit him by my friend, Ivan Shermbruker, when he returned from serving five years alongside Denis, having been sentenced under the Suppression of Communism Act.

Ivan, back in the bosom of his family, was concerned about his comrade since his wife Esme and their two young children had gone into exile in London. Denis’s only visitor was his old father, Sam. I was young, committed to the struggle, sympathetic to the plight of fallen heroes and studying to become a psychologist – the right credentials to visit a man in prison who needed support.

I remember that first visit vividly. Collecting his father, Sam [so proud of his communist son] at his boarding house in Yeoville and the long drive to Pretoria on the old Johannesburg Road, he would tell me fascinating stories about his life. Time would pass quickly and before we knew it, we would be knocking at the giant wooden prison door.

The visits weren’t contact visits. We were separated by a glass window with Denis standing on his side, flanked by two guards. We were not allowed to talk politics of any kind during the visit, which in some respects was positive. He talked politics with his comrades inside. Sometimes, Sam would be warned that the visit would be ended if he continued bringing up political subjects. I, on the other hand, was focused on bringing as much of a “normal” outside world to him through my narratives. We discussed my family, my friends, my interest in psychoanalysis, films, books, music, anything to bring the outside world to an emotionally hungry Denis. The visits were always far too short.

When he was eventually released in 1985, my family and I were allowed to see him off at Jan Smuts airport.

In 1994, nine years after Denis’s release, we celebrated South Africa’s freedom from the grip of a tyrannical, racist regime. This was indeed a wondrous year!

By the time we were moving into the new century, however, our joy was tinged with anxiety.

Our beloved country continued to be beleaguered by the persistent grip of poverty, crime, corruption and general social fragmentation. The political struggle had now been overtaken by a social one. It was this that pushed my husband Tony and I to set up a community Mental Health Centre as we entered a new century.

Tony was fortunate enough to have a building, which had once housed a family business on the edge of Alexandra. We called the NGO Ububele – an Nguni word which literally means kindness, but extends to a more inclusive understanding of care and compassion for others, which we believe is the cornerstone for mental health.

Denis became our patron. He, more than most, understood Ububele and its related concept Ubuntu – human solidarity. It’s what got him into prison in the first place.  Ububele’s purpose was the provision of mental health support for the next generation of South Africans in recognition of the fact that the hope of our country rests with our children.

Parenting, very early development (including an infant’s first 1,000 days), and strong relationships between children and their caregivers, are at the very centre of the many programmes that Ububele has developed. Ububele trained women from Alexandra and psychologists work at community clinics, hospitals and the women’s own homes to support the now recognised scientifically important value of parental bonding as a necessity for future mature relationships.

And that was what drove Denis after his political life in prison. He became a social activist. While he supported Ububele over almost 20 years of its existence, he turned his attention to the needs of his own local impoverished and dislocated community in Hout Bay.

The Denis Goldberg Legacy Trust’s core project is the still-to-be-built House of Hope, an arts and culture education centre. He didn’t live to see his dream completed, but his legacy will live on. DM

Hillary Hamburger is an activist and psychologist in practice and founder of Ububele in Alexandra, Johannesburg.