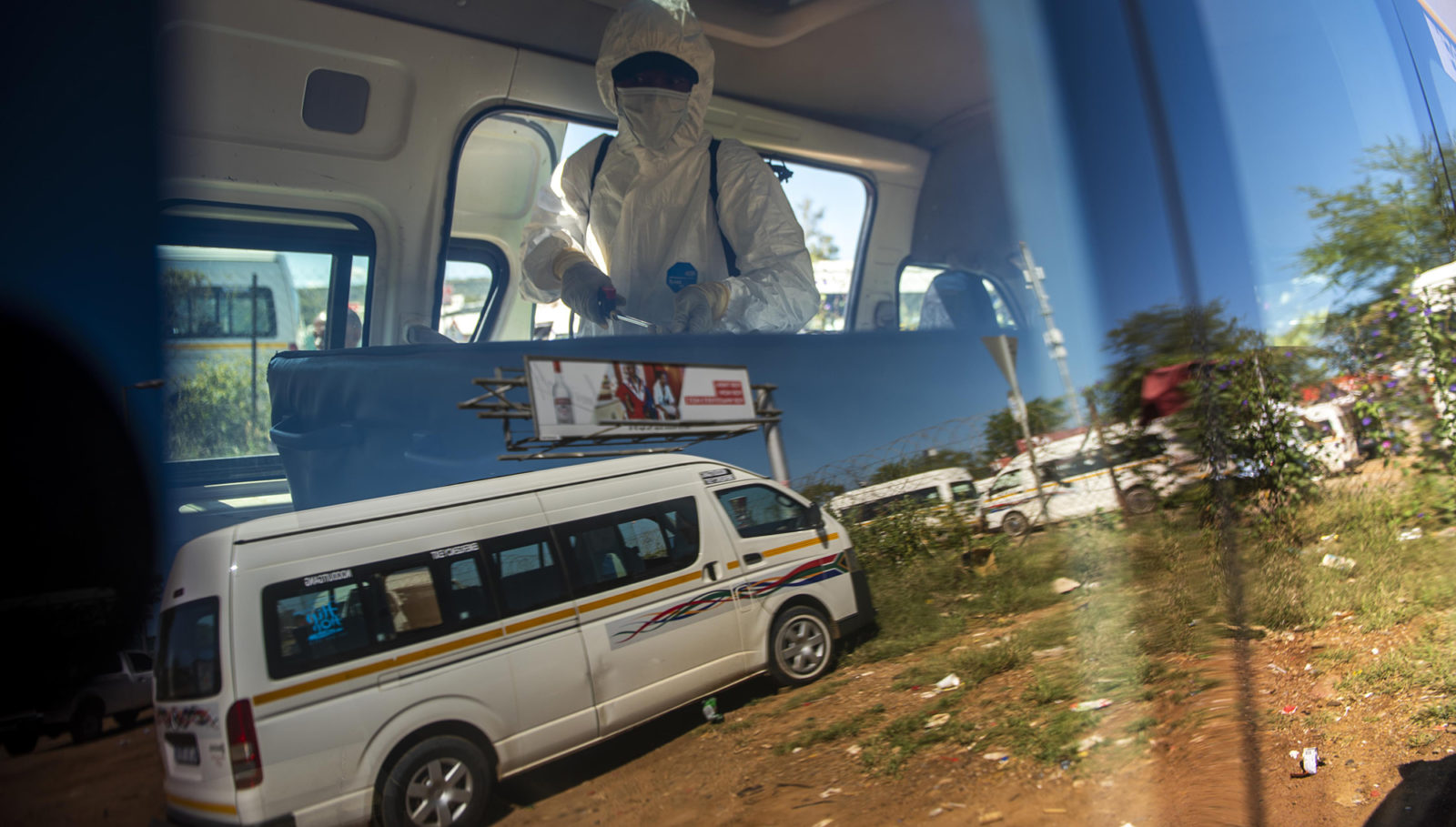 A taxi driver who continued transporting patients despite testing positive for Covid-19 in the Eastern Cape was arrested in Beaufort West late last week and charged with attempted murder. The driver and his seven passengers have been put into quarantine in Cape Town.

This comes as another 57 people who travelled home to the Eastern Cape during the window period (1 May to 7 May) tested positive for the virus. The health department has called on anybody who travelled to the province during this time to have themselves screened and tested.

The taxi driver ,who had tested positive for Covid-19 and had received his results but still continued to drive people between the Western Cape and the Eastern Cape, was arrested for attempted murder and violating the Disaster Management Act late last week.

The arrests come as another 57 people who travelled home to the Eastern Cape from the Western Cape during the window period that allowed for inter-provincial travel, tested positive for the virus.

This brings the total number of people who travelled from the Western Cape to the Eastern Cape in the past three weeks that have tested positive for Covid-19 to 137.

Eastern Cape health spokesperson Sizwe Kupelo said the 57 new cases were tested at Tsitsikamma on the N2 and Aberdeen and had travelled between 1 May and 7 May. This was the window period created in lockdown regulations that allowed for interprovincial travel. There are many seasonal workers who are returning to the Eastern Cape from farms in the Western Cape as it is the end of the season.

After President Cyril Ramaphosa declared the outbreak of coronavirus infections in the country to be a national disaster, he ordered a lockdown beginning on 27 March that would halt interprovincial travel except for essential workers and funerals. When lockdown regulations were amended as the country progressed to a lower level of risk, interprovincial travel was allowed for seven days (1 May to 7 May) for those who had to get to work or those who had to get home.

The health department has called on anybody who travelled to the Eastern Cape during the window period to submit themselves for screening and testing.

Kupelo said imported cases of the virus had contributed to the province’s number of confirmed cases being 1,078 as of Saturday night.

“The majority of the new positive cases are in OR Tambo, Buffalo City Metro, Amathole and Graaff-Reinet. Teams are now tracing and tracking their contacts using the newly handed over 4×4 bakkies as those who tested positive in Graaff-Reinet had also attended a funeral,” Kupelo said.

The 35-year-old taxi driver arrested in Beaufort West and his passengers have now been placed in quarantine, Western Cape police spokesperson brigadier Novela Potelwa said. She said the man had been tested for the virus on April 30 on the Tsitsikamma side of the roadblock on the N2 between the two provinces. He was informed of the results on Tuesday 5 May, but still proceeded to drive a taxi with seven passengers to the Eastern Cape.

Potelwa said the man was apprehended on the R61 near Beaufort West en route to the Eastern Cape.

The driver, seven passengers and three other people in an accompanying vehicle were transported by police and traffic officials back to Cape Town where they are in a quarantine site.

“The police and traffic officials who escorted the driver and passengers back to Cape Town will undergo the necessary monitoring in line with Covid-19 protocols, as a precaution.

The police will ensure the driver is charged and appears before a court of law after consultation with the department of health officials,” said Potelwa.

Eastern Cape Health MEC Sindiswa Gomba said she was concerned about the numbers of positive cases continuously going up.

“Because we cannot get to everyone who recently travelled from other provinces at the same time, we are calling on people to be responsible citizens and contact our 24-hour call centre on 08000 32364 so that they can be screened and tested if they have any of the symptoms consistent with Covid-19.

“We need everyone to play their part because people’s lives are at risk. If we all get infected by the coronavirus at the same time, our healthcare system will not cope and will result in more deaths that could have been prevented,” she said.

The MEC sent her condolences to the families, friends and loved ones of the 21 people that had died Covid-19 related deaths.

“We feel their pain as this affects all of us. May their souls rest in peace.”

The province now has 519 recoveries.

“The 110 people who were also under quarantine in Mpekweni Beach Resort and Fish River in Port Alfred have been given a clean bill of health,” Kupelo said.

“We need to work together to defeat the virus.”

Stevenson added his voice to the call for more detailed statistics from the Eastern Cape Department of Health.

“The MEC for Health must stop playing politics by cherry-picking data to score political points. How is it possible that data can be provided in relation to the Western Cape, but a live dashboard on what is happening in our own province drilling down to suburb or ward is unavailable?” he asked.

“Under this protocol, workers travelling home will require a permit from their employer indicating that they are involved in the provision of an essential service, and that they are returning home after completing seasonal work. Employers must ensure that staff are screened before undertaking the trip- and provide evidence of this screening. This includes a note to accompany the permit detailing the date and time of the temperature/fever reading was completed as well as the name and signature of the person who screened the worker.

“I will be writing to the Western Cape police as well as to the Eastern Cape premier to notify them of the steps taken to ensure the safe return of seasonal workers. We expect a similar level of rigour from the Eastern Cape government,” Winde said. DM/MC

Our data show where Gauteng public clinics are failing

From the frontlines: Twenty years of fighting HIV in Khayelitsha