Gender equality gets a boost from the ‘new normal’ 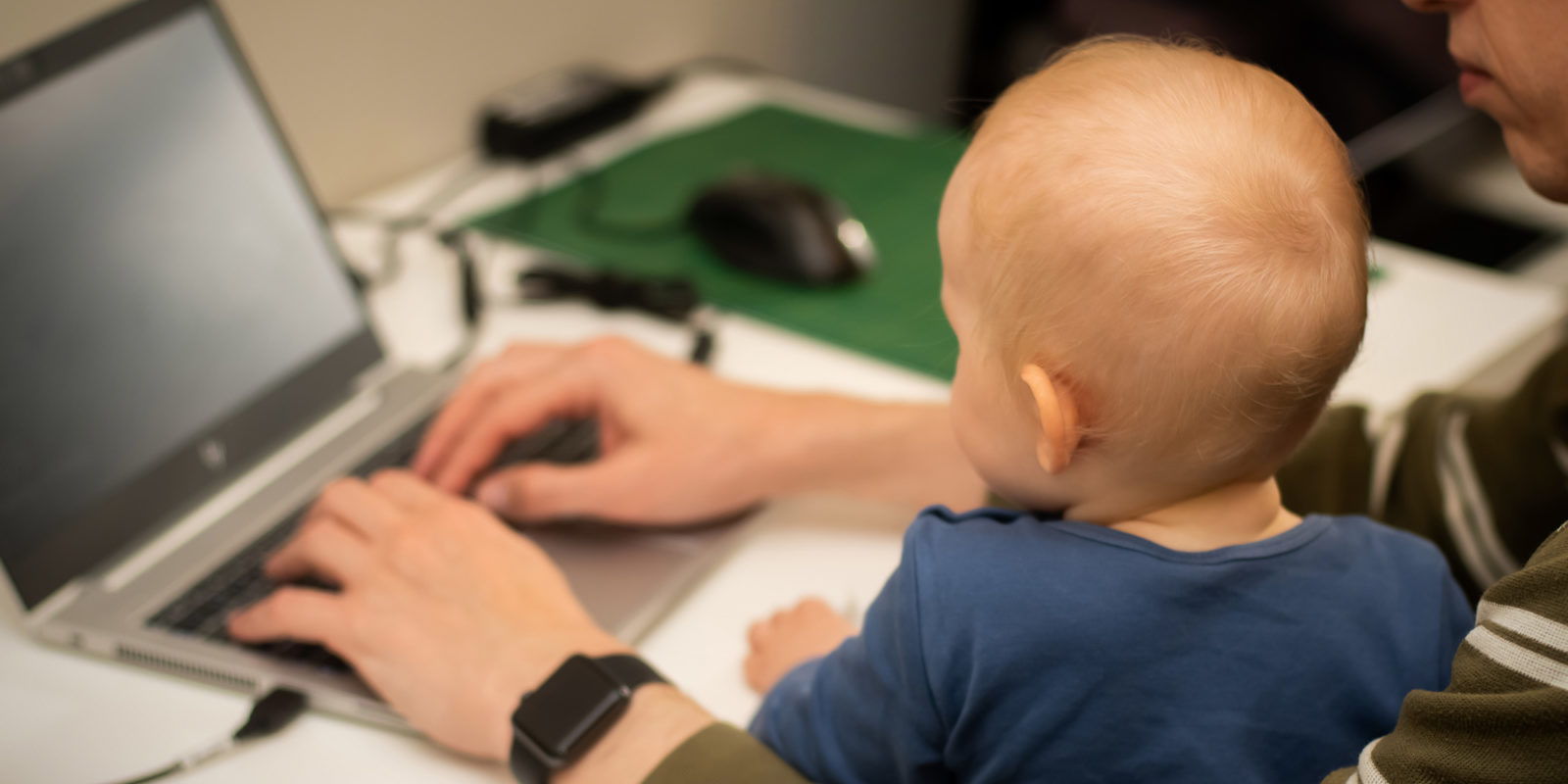 Our assumptions about who does parenting and homemaking are under construction, so to speak: what we used to think of as maternal behaviour is now becoming parental behaviour, says the writer. (Photo: Adobestock)

Our lives under lockdown, including video-conferencing, see us watching women, as well as men, perform their family roles, sometimes live on our laptops and TV screens. We see dads speaking to CNN while their children are playing on the floor.

My friend (I’ll call him Jon) shared with me an incident that happened to him last week. He was on a video call at home when his daughter ran in (on screen), howling, with a bloodied elbow. While tears from a seven-year-old aren’t remarkable, what is remarkable is how Jon’s team reacted on the call: “Is that your daughter? Oh wow, I guess I forgot that you’re a dad.”

Our assumptions, reinforced by headlines about the lockdown’s effect on women’s careers, are that caregiving is a uniquely female role. Brightness Mangolothi, director of the Higher Education Resource Service – South Africa, warned us of the perils facing South African female academics who are now working from home, a situation that she said is not a dream but a nightmare for those who don’t have support systems to balance work and family.

And, it’s true. Today, meetings and check-ins with employees are happening at the same time and in the same place as changing nappies and preparing dinner. The New York Times called the lockdown a blow to feminism and a return to traditional gender roles. Men and women are working, but women are more likely to be the ones also cancelling upcoming holiday plans, stocking up on groceries and prescriptions, home-schooling the kids and trying to put a meal on the table three times a day. A recent Kaiser Family Foundation poll found that women are suffering more stress compared to men as a result of the coronavirus outbreak.

There’s no question that this forced return to domesticity is taking a toll on working women (as well as everyone!). But is the effect on women’s careers universally negative? I don’t see it that way, and here’s why.

For many years I’ve been conducting research on how women’s caregiving roles are devalued, and how this can have a negative impact on their career progress. Research that my colleagues and I did at a Fortune 100 firm in the US found that even when working women were not married and had no child- or elder-care responsibilities, their bosses assumed they let their family get in the way at work. And, because of this “family-to-work conflict bias”, these bosses judged women as less promotable than men.

Despite books like Mother Leads Best by Moe Grzelakowski and Lean In by Sheryl Sandberg, both men and women harbour deep-rooted, often subconscious, bias against women, based on traditional gender norms. When a man leaves the office at 3pm, his co-workers tend to think he has an off-site meeting. But when a woman leaves at 3pm, co-workers may jump to the conclusion that she is putting her family before her career.

While at work, career-savvy women sometimes hide and often downplay their family roles, either consciously or subconsciously. The higher up the organisational ladder men go, the more family photos they have on their desks. For women, it’s often the opposite. If a man displays photos of kids, it enhances his humanity, something called a “fatherhood premium”; for women, family photos remind others that she has “divided loyalties” and perhaps isn’t able to serve her company at 100%. This is the “motherhood penalty”.

Caregiving is less stigmatised in more gender-equal countries like Denmark and Sweden, where it is not considered only women’s work. The “think manager, think male” bias is not as strong when women aren’t the ones assumed to be doing all or most of the care for home and family. In my published research, I’ve written that “only when the maternal becomes the parental” everywhere, will women not suffer career penalties for engaging in (or being assumed to engage in) family roles.

So what does all of this have to do with the lockdown? Like what happened to Jon last week, for a lot of us, working from home means a chaotic collision of career and caregiving. We’re taking video conferencing and cell phone calls from the kitchen and the nursery, which makes our co-workers and bosses more aware than ever of the roles we play outside the office walls. My colleague Prof Courtney Masterson recently admitted that pre-Covid-19, if she had a conference call when her young son was home, she would ready him with a snack and load kids’ shows on her iPad. But a few weeks ago, she thought “What the heck?” and video-introduced him to her co-workers – a very “new reality” decision.

The important thing is that our new normal means we are watching women, as well as men, perform their family roles, sometimes live on our laptops and TV screens. We see dads speaking to CNN while their children are playing on the floor. We see men welcome their medical professional partners home from a hard day’s work with a change of clothes and a meal on the table. Before the lockdown, men’s home and family roles were out of sight and out of mind, but now we’re seeing them first-hand.

Perhaps for the first time, both men and women’s family roles are being given “equal time”. Our assumptions about who does parenting and homemaking are under construction, so to speak: what we used to think of as maternal behaviour is now becoming parental behaviour. Because we now see more clearly that everyone has important responsibilities outside of work, caregiving may be becoming less associated with women alone. Caregiving’s power to detract from women’s career potential is being defused. In this way, finally, gender equality may be getting a boost in the workplace. It just happens to be precisely because we are now all out of the workplace. DM