Gender-based violence during lockdown in SA: Looking for answers 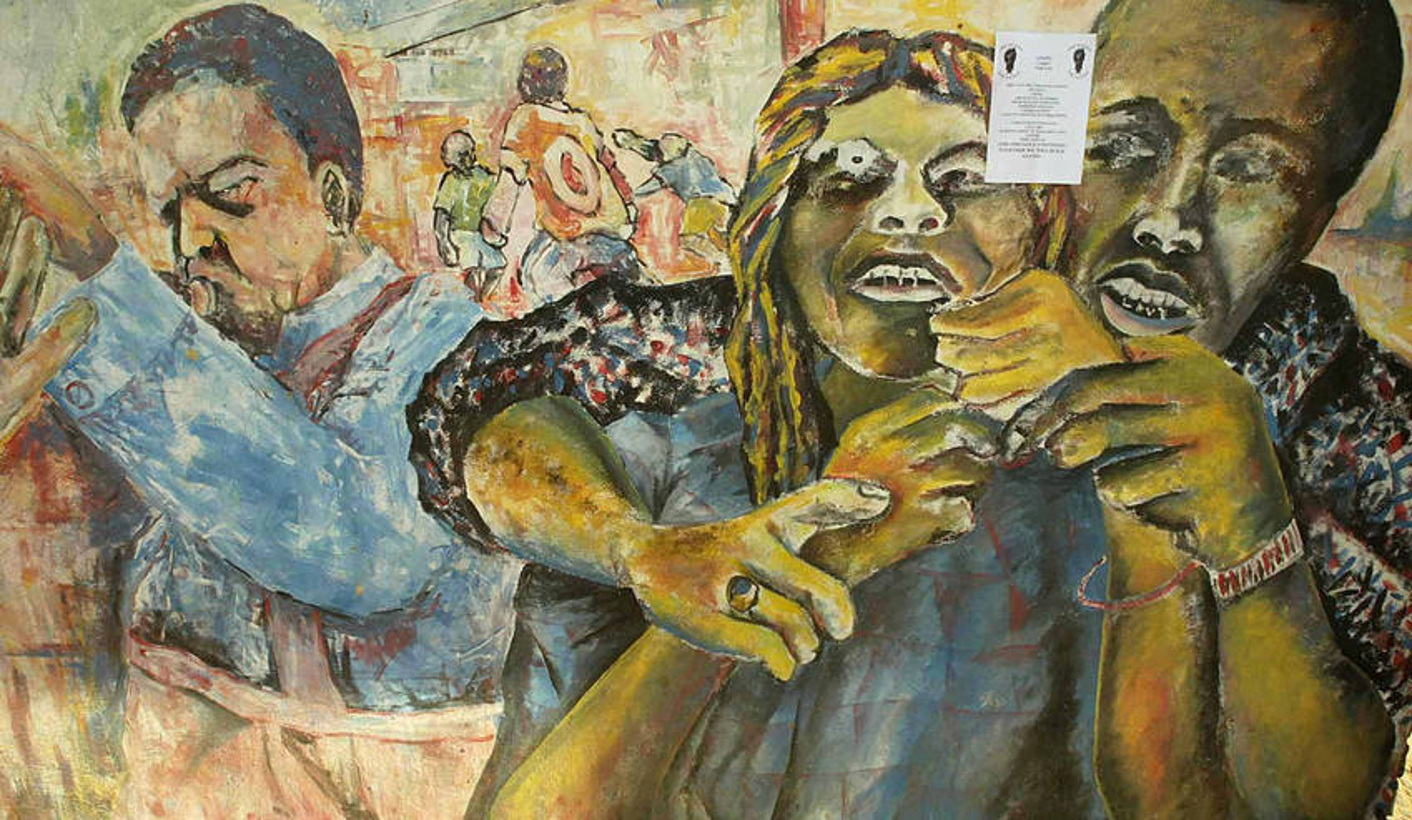 Photo: A mural outside a college in Soweto depicts violence against women. May 8 2003. (EPA/Kim Ludbrook)

Why is South Africa not showing the rise in domestic violence cases reported elsewhere in the world?

The Covid-19 crisis and physical distancing measures have caused deep concerns about their impact on women in abusive relationships. Numerous articles in the South African media have pointed to the increased risk women in these relationships face under lockdown conditions. The fear is that they are trapped inside with their abusers, unable to leave, escape or reach out for help.

Yet various South African data sources suggest the opposite, confounding common sense. What is happening, what are we missing through the way we count, and what might this say about future support needed to make women safe?

Concern about domestic violence has had a positive impact in some provinces. In these cases, the Department of Social Development has worked closely with shelters run by non-governmental organisations (NGOs) to ensure that services remain accessible and available to victims of domestic violence.

It has also prompted NGOs such as Rape Crisis to quickly adapt by making available online and additional telephonic reporting and counselling services. Thuthuzela Care Centres (one-stop services for sexual offence victims at state hospitals) have remained open. And a national gender-based violence hotline has been widely publicised. Yet none of these services has seen the massive increase in cases they expected.

The Rape Crisis Cape Town Trust works closely with the National Prosecuting Authority, police and Department of Social Development at three Thuthuzela centres in the Cape Town metro. Director Kathleen Dey reports a roughly 50% drop in rape and sexual assault cases against women during this period. Similar reductions have been seen at other Thuthuzela centres in the province. She says help lines are receiving many calls about other issues, making call volumes alone a poor data source.

South African police data confirms the reduction in reported cases of domestic violence. On 22 April Police Minister Bheki Cele said: “The national picture reflects a decrease by 69.4% from 9 990 cases between 29 March and 22 April last year to 3,061 since the lockdown until 20 April 2020, meaning a difference of 6,929.”

Hospital trauma units are seeing a similar trend. The Medical Research Council reports a 66% reduction in trauma cases presenting at South African hospitals since the start of lockdown, some of which would have been domestic violence cases.

Some information has been misleading. An incorrect statement by Cele and others that the national gender-based violence hotline received 8, 000 calls during a period in lockdown was widely reported. This was in fact all the calls received throughout 2019. While call volumes to the hotline have increased, there’s no official, publicly available analysis of the calls, so it’s hard to say how many were for domestic violence.

The Western Cape Women’s Shelter Movement says requests for shelter services have not increased, despite concerns about shelters being inundated during the lockdown. The Western Cape Social Development Department’s Victim Empowerment Programme, which receives daily updates on available beds in shelters, told ISS Today that there are beds available. It’s worried that “fake news that shelters are full will deter women from looking for help”.

Fake news and claims of a massive rise in cases may have deterred women from seeking help. For example, anecdotal reports suggest that there’s a 10-minute waiting period before a social worker will answer a call to the national gender-based violence hotline. Yet a call from the Institute for Security Studies to the hotline on 5 May was answered by a social worker in less than a minute.

Why is South Africa not seeing the rise in domestic violence cases reported elsewhere in the world? We can’t yet know for sure, but there are several possibilities to explore.

The most likely explanation is that the ban on alcohol sales has reduced the severity of domestic violence cases and the opportunity for rape (outside of the home). Sober partners may still be abusive and controlling, but are perhaps less likely to resort to extreme physical violence.

It could also be that the increase in police brutality (a 12% rise in cases reported to the Independent Police Investigative Directorate) and the strict lockdown keeps women at home. They may be unable to venture out because they don’t have a valid excuse to give their abuser, or because they’re afraid of being confronted by police. They might also be staying home for fear getting Covid-19, or bringing the virus home and infecting their children.

This may mean that women are not able to report their cases because they can’t get to a police station or because they cannot make a call to one of the hotlines without their partner knowing about it. This would lead to a reduction in the numbers of reported cases.

In the United Kingdom where lockdown regulations haven’t included a ban on alcohol sales, and where there hasn’t been an equivalent enforcement of lockdown by the police, gender-based violence has increased dramatically.

British domestic abuse NGO Refuge reports a 700% increase in calls from victims and a 25% increase in calls from men wanting to change their behaviour. This suggests that the alcohol sales ban and enforced lockdown may be responsible for the decrease in reported cases and the reduction in cases of serious injury in South Africa, but we can’t know that for sure.

Another option – one that we might overlook – is the possibility that lockdown and the crisis caused by the coronavirus has changed abusive patterns, for the better, and there has actually been a decrease. As unlikely as this scenario is, researchers and activists would make a mistake not to consider all possible options.

NGOs, activists, researchers and policymakers should be asking how this experience can be used to prevent a spike in gender-based violence when lockdown ends. We need a better understanding of what lies behind the numbers, with a focus on the impact of alcohol on domestic violence. Finally, responsible reporting about the scale of the problem and good communication about available services are critical. DM