How Eskom plans to cut back on air pollution 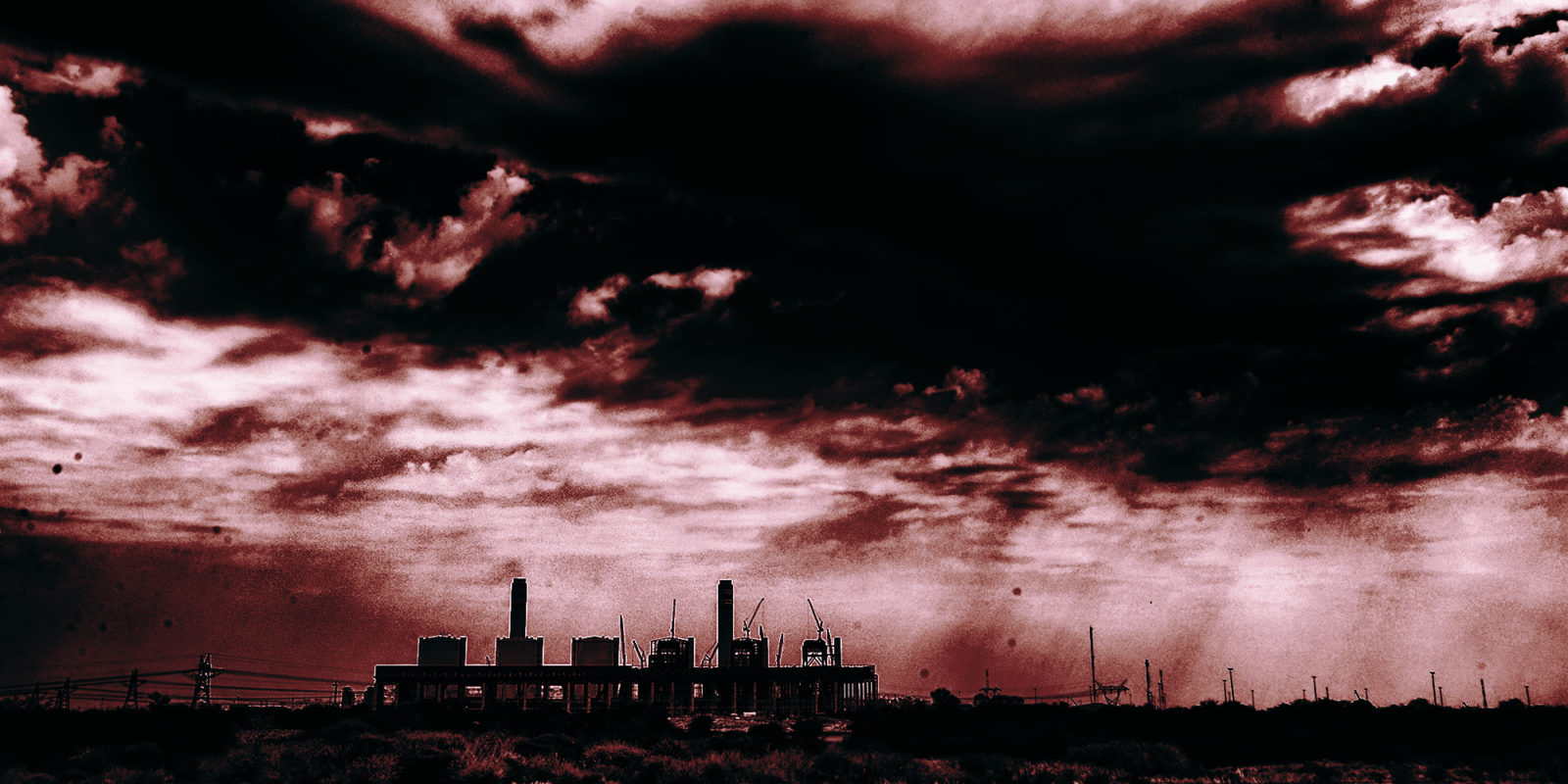 This is the fifth article from the interview by Chris Yelland with André de Ruyter. It covers Eskom’s non-compliance with the minimum emission standards of South Africa, and the views, solutions and way forward envisaged by the new CEO for the embattled national electricity utility in this regard.

See here for the first, second, third and fourth interviews.

There has been massive air pollution for years from Eskom’s coal-fired power stations, resulting most recently in a damning non-compliance notice issued by the Department of Environment, Forestry and Fisheries (DEFF) in respect of Kendal, with demands for shutdowns and action plans. Other than end-of-life decommissioning and applying for compliance exemptions, are there any plans to upgrade Eskom’s coal-fired power stations, specifically in respect of SO2 emissions, to comply with the laws of South Africa?

Yes, Chris, we have plans, and we are costing these plans. For example, we are investigating the cost vs benefit of the project to install a flue gas desulphurisation (FGD) plant at Medupi in order to meet SO2 emission requirements. It is estimated that the FGD plant for Medupi will cost some R42-billion, which is exceptionally expensive, and there are other considerations that need to be borne in mind.

First of all, the FGD plant at Medupi would consume electricity – about 900 MW – in order to operate. So, the nett energy delivered into the grid will go down, while per unit CO2 emissions, measured in tonnes of CO2 emitted per unit of MWh generated into the grid, will go up.

In addition, substantial quantities of water will be required to operate the FGD plant. Medupi is located near Lephalale in Limpopo Province, a very arid area of South Africa. So, we will have to divert scarce water resources to Medupi at great cost if we are to proceed with the FGD plant there.

We will also need to rail in substantial quantities of limestone in order to operate the FGD plant at Medupi. Just the cost of transporting this limestone to Medupi, let alone the cost of the limestone itself, is estimated at about R22-billion over a 20-year period.

So, rather than installing the FGD plant at Medupi, we are investigating if it is possible rather to deploy the R42-billion to accelerate the repurposing of our old coal-fired power stations, which will have a far more significant impact on air quality in the Mpumalanga airshed. These plans are being developed and discussed, and if we are able to get the approval of the relevant authorities for this plan, the overall air quality in South Africa will see an improvement.

This will also accelerate the so-called “just energy transition”, and we will be able to shift funds on which we would earn a negative return, to projects on which we can earn a positive return, and in this process contribute to the financial sustainability of Eskom going forward.

With studies commissioned by Eskom itself indicating that burning of coal in its power stations results in significant health impacts and more than 300 premature deaths a year, does Eskom have any concerns about a class-action by persons, families and communities that suffer damages as a result of Eskom’s pollution, including chronic illness and the loss of life, ability to work and income?

Of course, the best way to avoid a class action is to address the fundamental and underlying problems, and we have been working at this for quite some time, in fact since the early 1980s.

The most concerning air pollution consists of particulate matter based on ambient air-quality monitoring, and not necessarily point emission measurements at the power station stack. This is an important distinction to bear in mind when considering pollution and the impacts of the various pollutants on the general public.

In conjunction with plans to retire older coal-fired power stations, our current emission reduction plan will see a decrease in particulate emissions of some 63% over the next 15 years. So, we are addressing this matter and it will take time. But we are very cognisant that this needs serious attention.

We are also rolling out a sizeable air-quality offset programme intended to improve the quality of air breathed by communities near our power stations. This arises from studies done independently, both locally and internationally, which show the most significant air pollution contributors to poor health in these communities occurs from the burning of coal with high volatiles content at the low temperatures typical of indoor domestic cooking and heating applications. So, this programme will involve helping communities with fuel, switching from burning coal and paraffin indoors, to use of electricity and gas, together with improved ceiling insulation.

In the Vaal area, which is different from Mpumalanga, communities do not use coal to the same extent for cooking and heating. What we see there is that the pollution at ground level is primarily from the burning of waste in poor communities. So, we are investigating and collaborating with local authorities to reduce this burning of waste. Of course, one of the ways to do this is simply to improve the collection of waste.

We intend to start the roll-out at 5,800 houses within the next few months, dependent on the duration of the lockdown, which is a factor that has really disrupted much of our planning throughout Eskom. This initial phase will then be followed with offset interventions in several communities in Mpumalanga, and also the Vaal area, which will eventually impact some 32,000 households.

Thus, we conservatively estimate that we will be touching the lives and improving the health of more than 150,000 people who are currently exposed to indoor air pollution. So, both from an Eskom emissions perspective as well as from emissions that are not attributable to Eskom, we are trying our best to improve air quality.

On the legacy of coal and the way forward…

If just one 10th of the 300+ persons who die prematurely each year from the burning of coal by Eskom were to die prematurely from radiation sickness at Koeberg, I am sure the NNR would shut the power station immediately. Why is it different for coal, and why is the death of a worker on site treated so differently from an off-site death caused by Eskom’s business activities?

This is a regrettable historical legacy that is attributable to the fact that we are emerging from a coal-dominated energy mix. As you know, the average age of our power stations is 32 years, and these power stations were constructed in an era when emissions compliance legislation was significantly more lax than it is today.

Retrofitting our power stations now with air pollution control equipment is going to be very time-consuming and very expensive. With the benefit of hindsight, we now know better the negative impacts of burning coal to generate electricity. To this end, and to mitigate these impacts, we are actively pursuing our end-goal of sustainable development.

You will be aware, based on the previous interviews that I have had with you, that we are pursuing a just transition for coal communities that will eventually enable us to see improved health, social and economic benefits. But this is not going to happen quickly. It will take time, and the sooner we kick-start this programme the better, and the sooner we will be able to see the improvement that we are all seeking.

On the decommissioning of Eskom’s old coal-fired power stations…

Early retirement of Eskom’s ageing fleet will benefit air quality, human health and the climate, and save substantial retrofit costs and water. Can you be more specific about the decommissioning plans and timing for Eskom’s ageing, non-compliant power stations? Or is this dependent on financial and operational considerations, with peoples’ health being the sacrificial lamb?

Chris, Eskom is working towards the closure of its older coal-fired power plants on the trajectory indicated in the integrated resource plan for electricity, IRP 2019. This is fully disclosed in the IRP, and also in the Department of Public Enterprises roadmap for the restructuring of Eskom and the electricity supply industry in South Africa.

We have already placed a number of our older and less efficient coal-fired generator units – some 14 units totalling 1,969MW – in long-term preservation, and we don’t anticipate that these will return to service. This is already contributing to lowering our emissions footprint. Furthermore, we will be retiring approximately 8,000MW to 10,000MW of coal-fired power plant over the next 10 years, and this will result in a reduction of at least 30% in our NOx and SO2 emissions.

However, electricity needs to be generated in order to sustain the economy. For this purpose, we are actively working towards the repurposing of our older coal-fired power stations which are due for decommissioning. We have thus issued calls for expressions of interest from both business and the general public for ideas on how best to do this, and how to accelerate the repurposing.

On perceptions of a lack of transparency and disclosure by Eskom…

There was a recent ruling by Department of Environment, Forestry and Fisheries Minister Barbara Creecy against her own department, which, supported by Eskom and others, tried to withhold disclosure of information on Eskom’s emissions for the next five years, and its plans to reduce these. Why did Eskom object to such disclosure, and what lessons has Eskom learnt from this ruling by Minister Creecy?

Eskom has, for a long time, been disclosing its greenhouse gas emissions in our Integrated Development Report — since 1990, long before it was a legislative requirement to do so. We were also making data available on the Eskom website.

The objection we had to the disclosure was based on a 2015 forecast of greenhouse gas emissions for 2018/19 and early 2020. Our objection was that we felt this forecast was out of date and based on factors and parameters that were applicable at that time, and not reflective of where we are today. So, there is no objection to disclosing the greenhouse gas emissions, provided we do it with up-to-date information, and we will share this with DEFF, and also with the general public.

The lesson we have learnt here is that there is a perception, and it’s more than just a perception, that Eskom is not sufficiently transparent, and I know that you are one of those who are advocating for greater and more timely release of information, particularly when it comes to generation.

We are working on this, and we are going to be improving our transparency and disclosure. We are benchmarking Eskom with other utilities internationally, and once we have an appropriate template for such disclosure, we will be able to share more information on a real-time basis with the public. DM