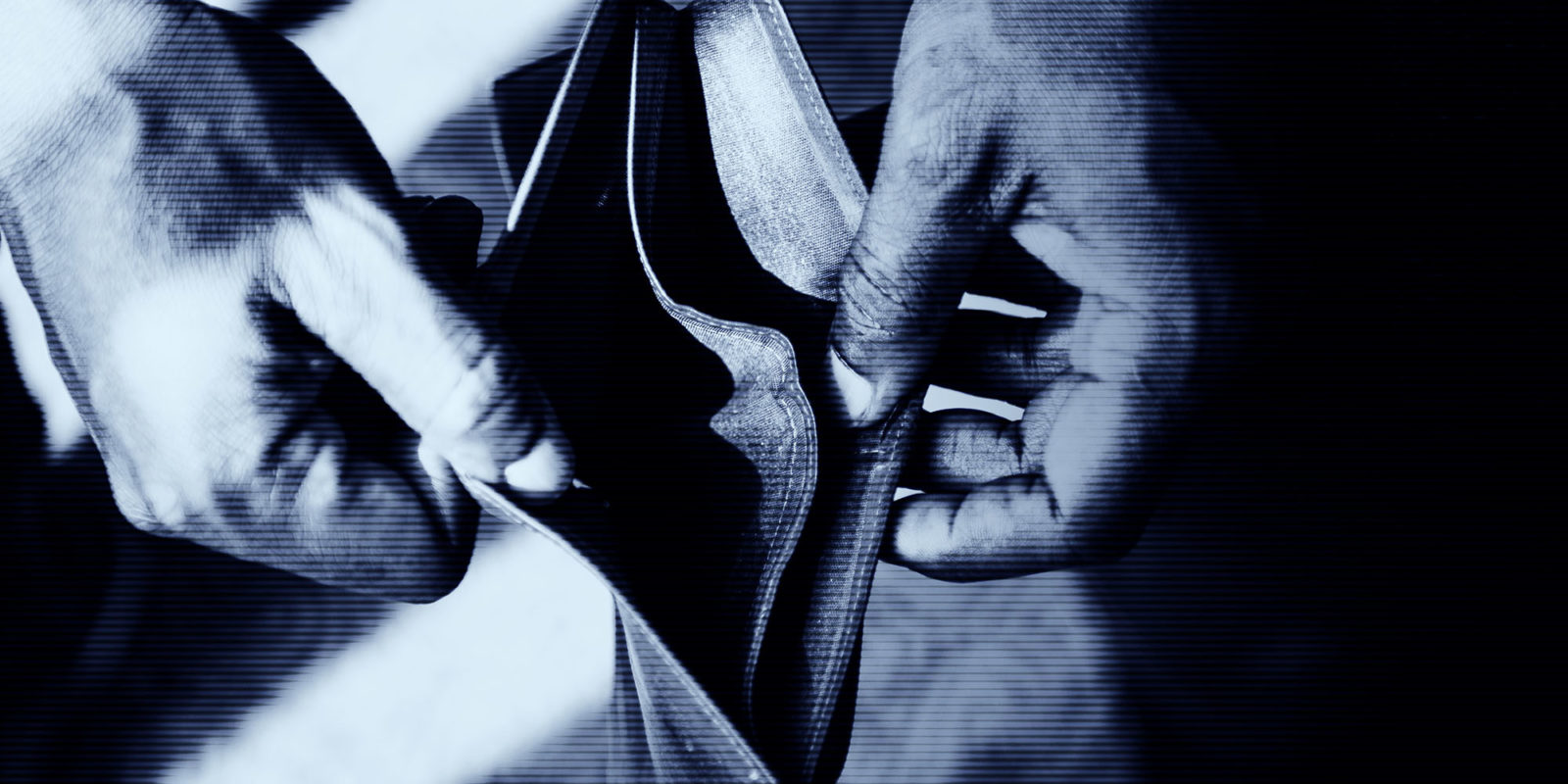 Instead of continuing their lackadaisical approach to this issue, the Financial Sector Conduct Authority and Parliament should seize this moment to demand an urgent intervention in the pensions industry to ensure that unpaid beneficiaries are traced and paid. (Photo: Rawpixel)

In the context of a strained fiscus and a dysfunctional social security agency – freeing up private assets that are owed to poor and vulnerable individuals could also go a long way to supporting the increase in social welfare grants. It is in this context that the roughly R43-billion owed to just under 5 million people, many of them grant beneficiaries, should be viewed.

The now-viral video of the Centurion food parcel queue that snaked 4km was a stunning and sobering visual reminder that the Covid-19 pandemic is devastating to millions of South Africans. The people in that queue represent a small portion of the millions of South Africans who do not have enough food and have lost income due to the closure of large parts of the formal and informal economies.

As the state scrambles to find the money needed to address the unfolding crisis, it is a cruel irony that right now, over R40-billion in pension benefits languish in the accounts of corporate administrators and remain unpaid to millions of pensioners and pension fund members.

The failure of pension fund trustees, fund administrators and the state regulator to ensure that beneficiaries are traced and paid has been well documented by Open Secrets and the Unpaid Benefit Campaign (UBC). The implication of this failure for vulnerable beneficiaries is made even starker by the current crisis.

The reality is that food parcels, important as they are, are not sustainable economic relief. Long-term food security is one of many socio-economic concerns for South Africa. Moreover, the logistical problems with procurement and distribution as well as the evidence of corrupt councillors abusing the system and harming the most vulnerable make it clear that getting cash into people’s hands quickly is essential.

The government’s decision to heed the advice of civil society and progressive economists to increase the child support grant by R500 per month was an important victory, though quickly undermined by the government’s indication that this increase will be per caregiver and not per child. Twelve civil society organisations have thus rightly urged the government to reconsider and ensure that the increase is per child, and to consider raising other welfare grants.

Yet in the context of a strained fiscus and a dysfunctional social security agency – freeing up private assets that are owed to poor and vulnerable individuals could also go a long way to supporting the increase in social welfare grants. It is in this context that the roughly R43-billion owed to just under 5 million people, many of them grant beneficiaries, should be viewed.

South Africans are not dependent on state pensions alone – consider that over 15 million people are members of over 5,000 privately administered pension funds. For many, like contract cleaners and private security guards, participation in a pension fund is made compulsory by a bargaining council agreement. This means that employed South Africans from all walks of life have a portion deducted from their salaries every month in the hope that their pension will support them and their families in their old age. Recent new data on extreme wealth inequality in South Africa reveals that pension assets are an important source of wealth for a remarkably wide range of people with different levels of income and wealth.

The grave injustice, however, is that despite contributing a portion of their salary to a pension fund, often for many years, many people may not receive their pension when they retire, move jobs, or lose their jobs. The most recent data released by the Financial Sector Conduct Authority (FSCA) – the independent state-funded regulator responsible for regulating private pension funds – confirms that R43-billion (this R43-billion does not include unclaimed benefits in the separately regulated Government Employees Pension Fund), in so-called “unclaimed benefits” are owed to just under five million people.

This R43-billion sits in various investments and in many cases continues to generate fee income for asset managers and fund administrators alike, including the largest private players in the industry – Alexander Forbes and Liberty. The pension fund industry erroneously calls these benefits “unclaimed”, implying that the issue is caused by a failure by beneficiaries. The reality is that many fund members and pensioners, already at a disadvantage in terms of information, influence and power, have been actively trying to claim their benefits for years, but are being turned from pillar to post by their ex-employers, fund administrators and the FSCA.

The experience of the Unpaid Benefits Campaign (UBC), a non-profit coalition working with thousands of beneficiaries trying to trace their benefit, shows that the more accurate term is “unpaid benefits”. The burden to trace and identify beneficiaries, should not be on under-resourced pensioners but fund trustees, employers and fund administrators.

Many of the 5 million people owed benefits are impoverished people scattered across South and Southern Africa – people used and discarded by the apartheid migrant labour system. Ex-mineworkers are an important group of victims in this regard, and the mineworkers fund alone owes R5-billion in unpaid benefits to people whose labour filled the coffers of corporations and the state.

The pensions industry including employers, fund trustees (including trade union nominees), and private fund administrators have collectively failed to keep proper records, communicate with beneficiaries, or build a system that protects fund members and ensures that they are always paid what they are owed.

Open Secrets interviewed members of the UBC in 2019 to find out more about their struggle to find and claim their benefits, and most decried the secrecy of the pensions industry and their systems which have continually created obstacles instead of support.

Asked what finally receiving this money would mean, many spoke of assisting family members to finish education, much-needed renovations to homes, being able to address healthcare concerns and the everyday challenge of clothing and feeding their families. They asserted their right to a dignified existence, which their pensions should contribute towards. Their individual stories are chronicled in Open Secrets’ publication Look Beyond the Bottom Line.

Noticeably, most of the elderly pensioners and beneficiaries we spoke to relied almost exclusively on the state old-age pension and child-care grants to help them and their grandchildren survive. They will no doubt rely heavily on the increased grants announced to address distress caused by Covid-19.

The irony is that the state has indicated that it can only afford R50-billion for the purpose of topping up grants, and yet many of the people it seeks to help are owed a portion of the R43-billion sitting unpaid in pension funds controlled by large corporations and trade unions. This money, unlike the grant increase, would not need to be taken from the public purse at all, nor necessitate cuts from other important areas of spending.

Of course, the problem is that this money cannot be dispersed immediately because pensioners must be found first and claims verified and processed. The facts show that key decision-makers have dragged their heels for years and are all complicit in effectively withholding these pensions. Despite awareness of the problems in the industry – the regulator, Parliament, private fund administrators and trade unions have failed to rectify them.

To add salt to the wound, over the past few months, senior politicians and even trade unions have opportunistically floated the idea of raiding unpaid benefits for spending on various crises – even to bail out Eskom. These are fundamentally anti-poor proposals.

The alarm bells must be rung as this idea could become more appealing as the need created by Covid-19 grows in the months ahead. Politicians will seek quick-fix solutions, even if these are certainly unethical and probably illegal. This is not public money. This money is owed to nearly 5 million people who worked for many decades often in the worst conditions, to save for retirement and their families.

While not every beneficiary will now be found, this money cannot be repurposed when the pensions industry has not sufficiently co-ordinated a rigorous effort to trace and pay people.

Covid-19 offers an opportunity to inject new urgency into dealing with unpaid benefits. The failure to pay pensioners and fund members has always been unconscionable given the extent of poverty and inequality in South Africa. The existence of R43-billion in unpaid benefits, in the face of a pandemic and an economic crisis, is absurd.

Instead of continuing their lackadaisical approach to this issue, the FSCA and Parliament should seize this moment to demand an urgent intervention in the pensions industry to ensure that unpaid beneficiaries are traced and paid. The consequences of Covid-19 will extend far beyond this moment. Efforts now to ensure that this R43-billion is paid would not only help ensure that justice is done for the millions who are owed, but to assist many in facing this storm. DM

Michael Marchant is a researcher at Open Secrets www.opensecrets.org.za @OpenSecretsZA