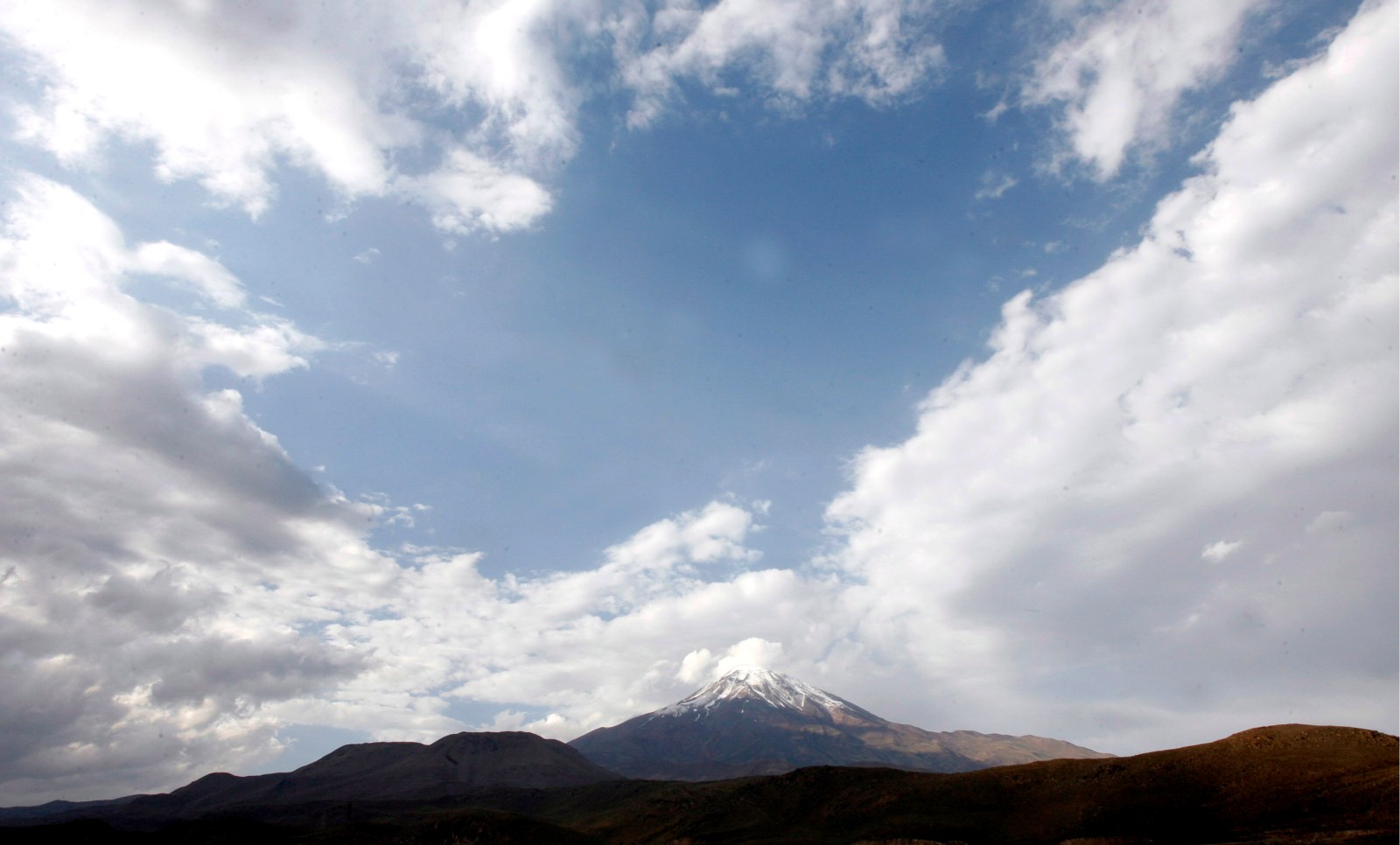 epa01418972 A general view of the Damavand Mountain, in Damavand, northeast Iran, 19 July 2008. The mountain which is located in the middle of the Elburz range has been declared a national cultural heritage by Iran's Cultural Heritage Organization. Tehran hopes that this would soon be internationally acknowledged as well. Damavand is the highest point in the Middle East and the highest volcano in all of Asia located near the southern coast of the Caspian Sea. EPA/ABEDIN TAHERKENAREH

DUBAI, May 8 (Reuters) - Two people died and 38 were injured when a 5.1 magnitude earthquake struck northern Iran in the early hours of Friday and people fled their homes in panic, state television reported.

There were at least 40 milder aftershocks, but no serious damage from the quake that struck after midnight on the border of the provinces of Tehran and Mazandaran, it added.

The epicentre was south of Iran’s highest peak, the snow-capped Mount Damavand, according to the United States Geological Survey (USGS).

The 5,761-metre (18,900-foot) mountain is volcanic, but Iranian officials said the quake was not triggered by volcanic activities.

Soon after the quake struck at 00:48 local time Friday (2018 GMT on Thursday), officials urged people who spent the night outdoors for fear of aftershocks to observe social distancing to limit spread of the new coronavirus.

COVID-19 has, according to Health Ministry figures on Friday, killed 6,541 and infected more than 104,691 in the middle eastern nation.

Authorities also assured the public there was no shortage of petrol as people rushed to gas stations to fill up after the quake.

Among the dead were a 21-year-old woman in Tehran who suffered heart failure, and a 60-year-old man in the city of Damavand, east of the capital, killed by a head injury, officials said.

Tehran governor general Anoushirvan Mohseni-Bandpey told state TV that only four of the 38 injured were hospitalised.

Crisscrossed by major fault lines, Iran is one of the most earthquake-prone countries in the world. In 2003, a magnitude 6.6 quake in Kerman province killed 31,000 people and flattened the ancient city of Bam.

The latest quake was at a shallow depth of 7 km (4.3 miles), according to USGS.