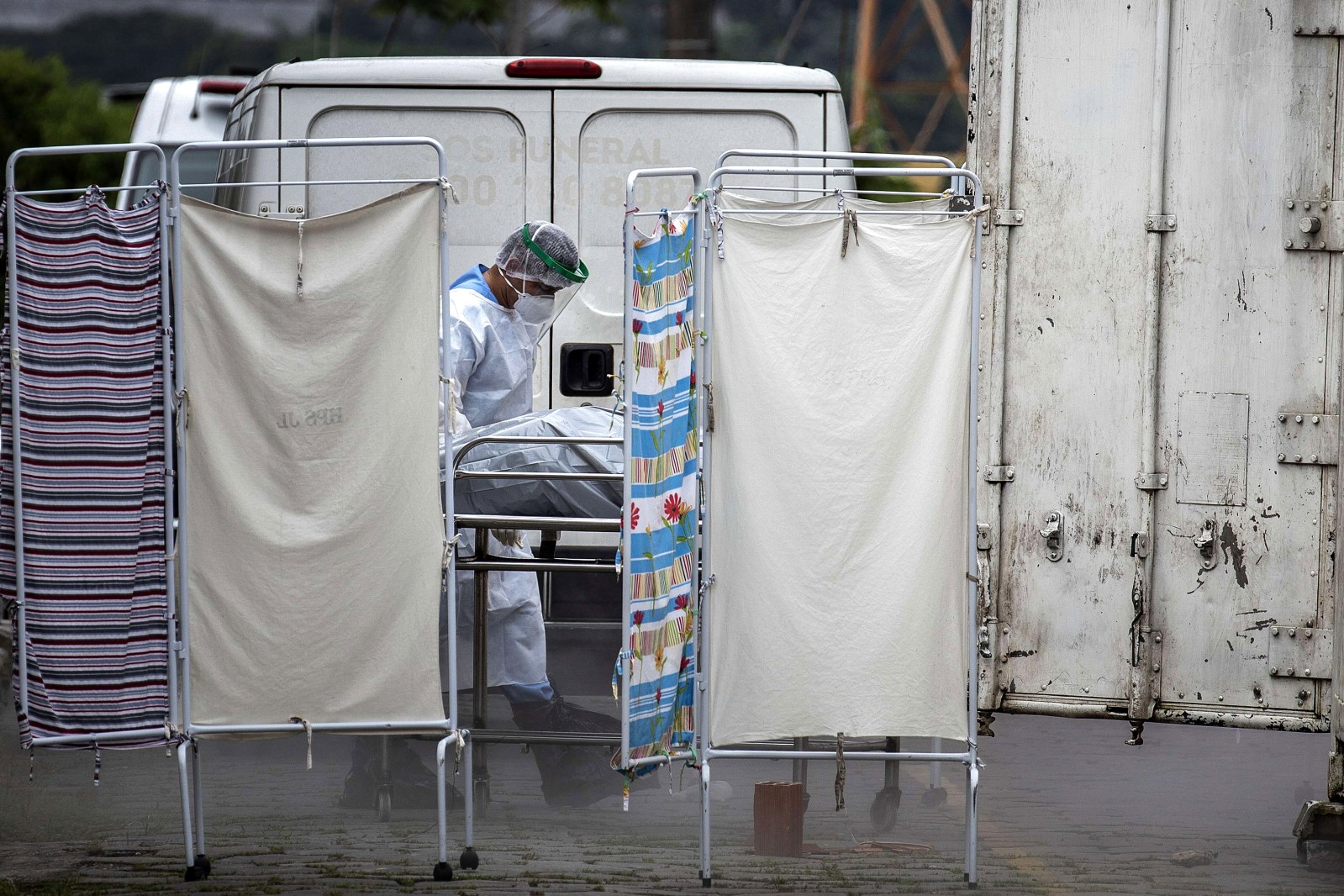 epaselect epa08378013 Funeral service workers transport bodies from the cold room at the Joao Lucio Hospital in Manaus, capital of the Amazon, Brazil, 22 April 2020. Funeral services are not enough and hospitals are on the verge of collapse due to the increase in deaths and cases of coronavirus in the state of Amazonas, one of the most affected by the pandemic in Brazil. EPA-EFE/RAPHAEL ALVES

BRASILIA, May 6 (Reuters) - Indigenous groups from nine countries in the Amazon basin called on Wednesday for donations to help protect 3 million rainforest inhabitants who are vulnerable to the spread of the novel coronavirus because they lack adequate access to healthcare.

They said the failure of regional governments to consider the needs of indigenous people in their plans for curbing the pandemic made it imperative to find other funding to buy food, medicine and basic protective equipment such as masks.

The Amazon Emergency Fund aims to raise $3 million in the next two weeks and $5 million over 60 days, its organizers at the Coordinating Body of Indigenous Peoples of the Amazon Basin (COICA) said on a conference call.

“We cannot wait any longer for our governments … We are in danger of extinction,” said José Gregorio Diaz Mirabal, general coordinator of COICA and a member of the Wakuenai Kurripaco people of Venezuela.

Coronavirus has already infected 180 of the 600 indigenous tribes of the Amazon basin and killed 33 of their members in a single month, he said.

The fund will be fiscally sponsored by the Rainforest Foundation US, an NGO that works to protect jungles in Central and South America. Grants will be managed by a governing council that includes indigenous representatives and the foundation will be responsible for wiring funds directly to grantees’ accounts.

The foundation’s executive director, Suzanne Pelletier, said indigenous communities are the guardians of the rainforest, whose survival is critical for maintaining life on Earth.

“This pandemic is not only a humanitarian emergency, it is also an environmental emergency,” she said. “Indigenous people across the Amazon are the last line of defense against forest destruction and our best hope of mitigating climate change.”

The call for an emergency fund for the Amazon people followed a dire warning of the risk of ethnocide made on Sunday by dozens of international artists, musicians, actors, writers and scientists in a letter to Brazilian President Jair Bolsonaro urging him to protect Brazil’s indigenous population.

The “extreme threat” faced by indigenous people in Brazil was amplified by invasions of protected tribal lands by illegal miners, loggers and cattle ranchers, the letter warned. (Reporting by Anthony Boadle; Editing by David Gregorio and Cynthia Osterman)