Climate change: Could the 2020 drop in CO2 emissions be a gamechanger? 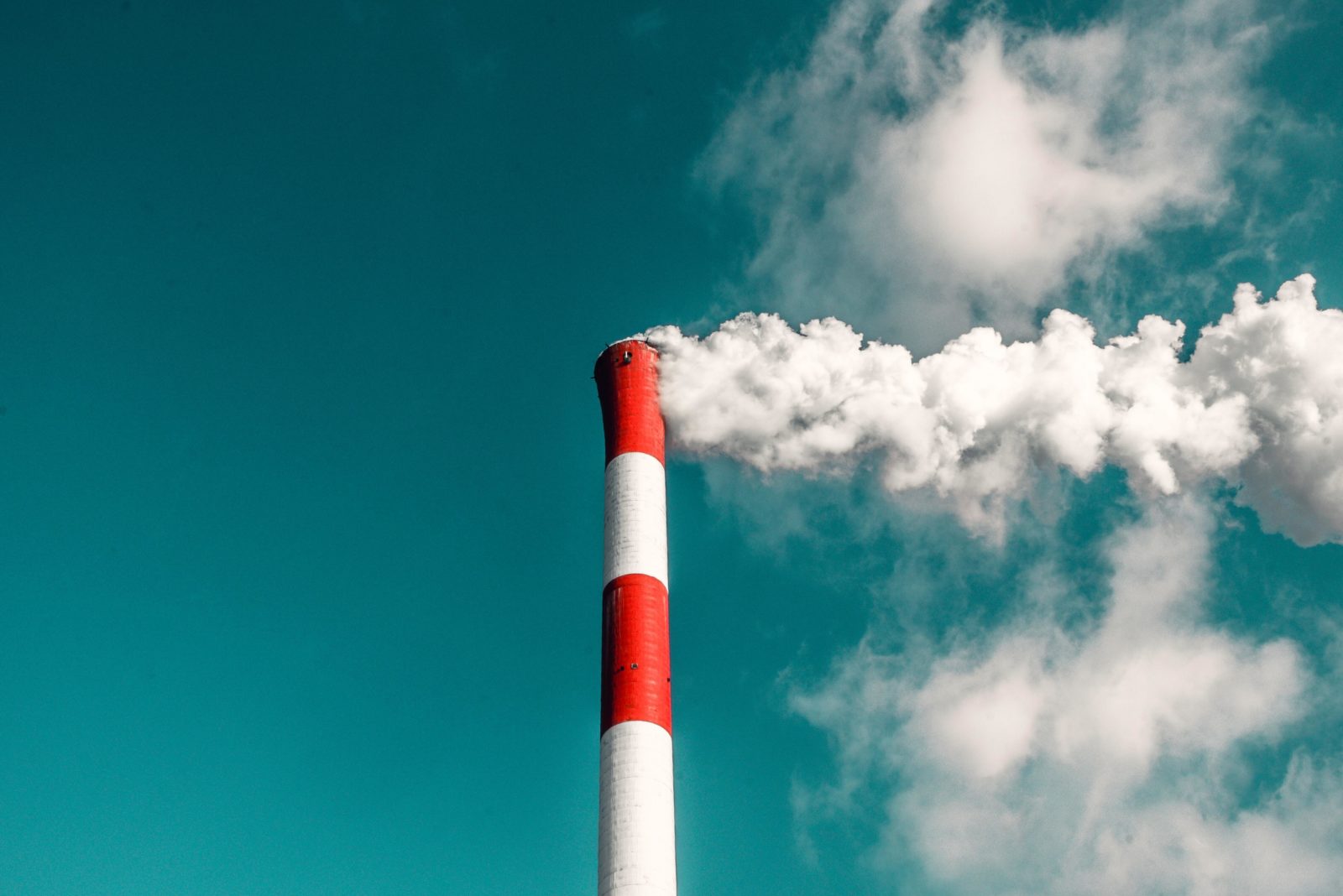 ‘The impact of Covid-19 on energy demand in 2020 would be more than seven times larger than the impact of the 2008 financial crisis on global energy demand,’ reports the International Energy Agency.

“Last year’s entire rainfall was around 910mm. Currently we’re on around 850mm I reckon. Amazing turnaround. I’m wondering if it’s due to the shutting down of industries and a more normal climate happening?” wrote one resident in one of the neighbourhood WhatsApp groups that I am privy to. Another resident immediately and politely corrected them, pointing out that although a reduction in atmospheric carbon dioxide may affect global precipitation, the rains in that particular part of the country had begun earlier than the lockdowns. In addition, it is important to note that a drop in carbon emissions reflects a drop in the carbon dioxide that is being continuously emitted into the atmosphere, and not necessarily a drop in the total amount of carbon dioxide that is already in the atmosphere.

It might be tempting to jump and judge questions like the resident’s enquiry above, especially if one has an informed understanding of the climate crisis, but this is not the time to simply mock those who are trying to make sense of current reality. There are more questions than there are answers as to how the pandemic, as well as the lockdowns, will affect the future of the world and society.

To this end, on 30 April 2020, the International Energy Agency published their Global Energy Review 2020, a 56-page document on “the impacts of the COVID-19 crisis on global energy demand and CO2 emissions” for the first quarter of 2020, as well as their projections for the rest of the year based on currently available data from about two-thirds of global energy demand.

The headline-grabbing projection from their research is that 2020 is likely to result in 8% reduction on global carbon emissions: “Global CO2 emissions are expected to decline even more rapidly across the remaining nine months of the year, to reach 30.6 Gigatonnes for 2020, almost 8% lower than in 2019,” reports the IEA.

To put that into perspective, according to research published by the Intergovernmental Panel on Climate Change (IPCC), in order to achieve the Paris Agreement target of keeping global warming below 2 degrees Celsius in comparison to pre-industrial levels, we can only emit another 1071 Gigatonnes of CO2, spread out over the next 25 years, before we’ve used up our carbon budget.

However, more recent research suggests that if we are to maintain liveable levels of climate change on the planet, we have to cap warming at 1.5 degrees Celsius, which drastically reduces the amount left in our carbon budget to 321 Gigatonnes at the time of publishing. This puts us at roughly eight years left of current emission levels before conditions take a turn for the extreme. So even though the projected 30.6 gigatonnes marks a reduction from the 33 gigatonnes we emitted in 2019, it is still a large amount that is eating into our carbon budget.

However, according to the IEA, this reduction still marks “the lowest level since 2010. Such a reduction would be the largest ever, six times larger than the previous record reduction of 0.4 gigatonnes in 2009 due to the financial crisis and twice as large as the combined total of all previous reductions since the end of World War II”.

Of that 2.6 gigatonne reduction in CO2 emissions, reduction in coal use would contribute over 1.1 gigatonnes, followed by oil at 1 gigatonnes and gas at 0.4 gigatonnes. The largest declines are projected to come from the United States, China and the European Union.”

This reduction, were it to be repeated every year for the next decade, would put the planet in line to achieve the targets set out in the initial Paris Agreement to limit global warming to “well-below 2C above preindustrial levels”.

“Our analysis of daily data through mid-April shows that countries in full lockdown are experiencing an average 25% decline in energy demand per week and countries in partial lockdown an average 18% decline. Daily data collected for 30 countries until 14 April, representing over two-thirds of global energy demand, show that demand depression depends on duration and stringency of lockdowns,” reports the IEA.

The report looks at energy demand across six categories: oil, electricity, natural gas, coal, renewables, and nuclear. All but one, renewable energy, have experienced a drop in demand as “about 4.2 billion people or 54% of the global population, representing almost 60% of global GDP, were subject to complete or partial lockdowns”.

Oil demand is heavily affected by decreased mobility on the roads as well as in aviation, and it is expected to drop further. The study also found that on average, demand for electricity sourced from coal, gas and nuclear power dropped by 20% every month of full lockdown, and is projected to fall by a total of 5% for the year, with 10% reductions in some regions. Overall so far, the combined decrease is 2.5% for the first quarter of 2020.

Two-thirds of the world’s coal is consumed by the electricity industry, so the decrease in demand has affected the coal industry heavily. “In China, where more than half of the world’s coal is consumed, the Covid-19 outbreak triggered a marked decline in coal demand because coal supplies 60% of primary energy and an even higher share of electricity. Coal consumption fell by 8% in Q1 2020 compared with 2019 as the economy contracted by 6.8% and coal power generation fell by close to 9%.”

However, the report also notes that projections going forward are highly dependent on the speed of recovery. “For example, global coal use could decline only half as much if China and other large consumers of coal recover more quickly from the crisis. Even so, many trends would remain unchanged, such as double-digit percentage drops in the European Union and the United States, single-digit declines in Japan and Korea, and a drop in India.”

While these reductions may seem like cause to celebrate, the reality of COVID-19 is that it is a crisis for humanity. As of 5 May 2020, there were 3.7 million confirmed cases of infection, 255, 590 deaths, and millions more whose livelihoods and well-being have been adversely affected as industries, including the energy industry, have experienced a drop in demand.

In addition, the IEA warns that recovery could result in a surge in energy demand: “The unprecedented decline in emissions in 2020 may only be temporary without structural changes. Recoveries from past crises have caused immediate rebounds in CO2 emissions, including the highest year-on-year increase on record in 2010.”

The world which we will emerge into after the Covid-19 crisis is as yet unknown. Even the IEA admits that their well-researched and data-driven projections will depend on a number of variables, such as the recovery rate, and the longevity of complete and partial lockdowns. And as the year progresses, they, like the rest of us, and the resident in the abovementioned WhatsApp group, will continue to ask questions, albeit far better-informed ones, and present with conclusions more reliable than those from politicians and fellow social media users.

However, it would be fair to argue that it will be a different world, as economies head towards recovery and put in place systems to fortify countries against the negative effects of future pandemics. As for the energy sector, the IEA predicts that “Low prices and low demand in all sub-sectors will leave energy companies with weakened financial positions and often strained balance sheets,” however, “business lines that are insulated to a degree from market signals, including those with renewable electricity projects, will emerge in the best financial position.”

The agency further emphasises the importance of clean energy as the focus as they rebuild economies: “Governments will play a major role in shaping the energy sector’s recovery from the Covid-19 crisis, just as they have long been in the driving seat in orienting energy investment. In particular, the design of economic stimulus packages presents a major opportunity for governments to link economic recovery efforts with clean energy transitions – and steer the energy system on to a more sustainable path. While the clean energy transitions and stimulus discussions are gathering momentum, a coordinated policy effort will be needed to harvest its opportunities and lead to a more modern, cleaner and more resilient energy sector for all.” DM/ ML