Ramadan in a time of lockdown 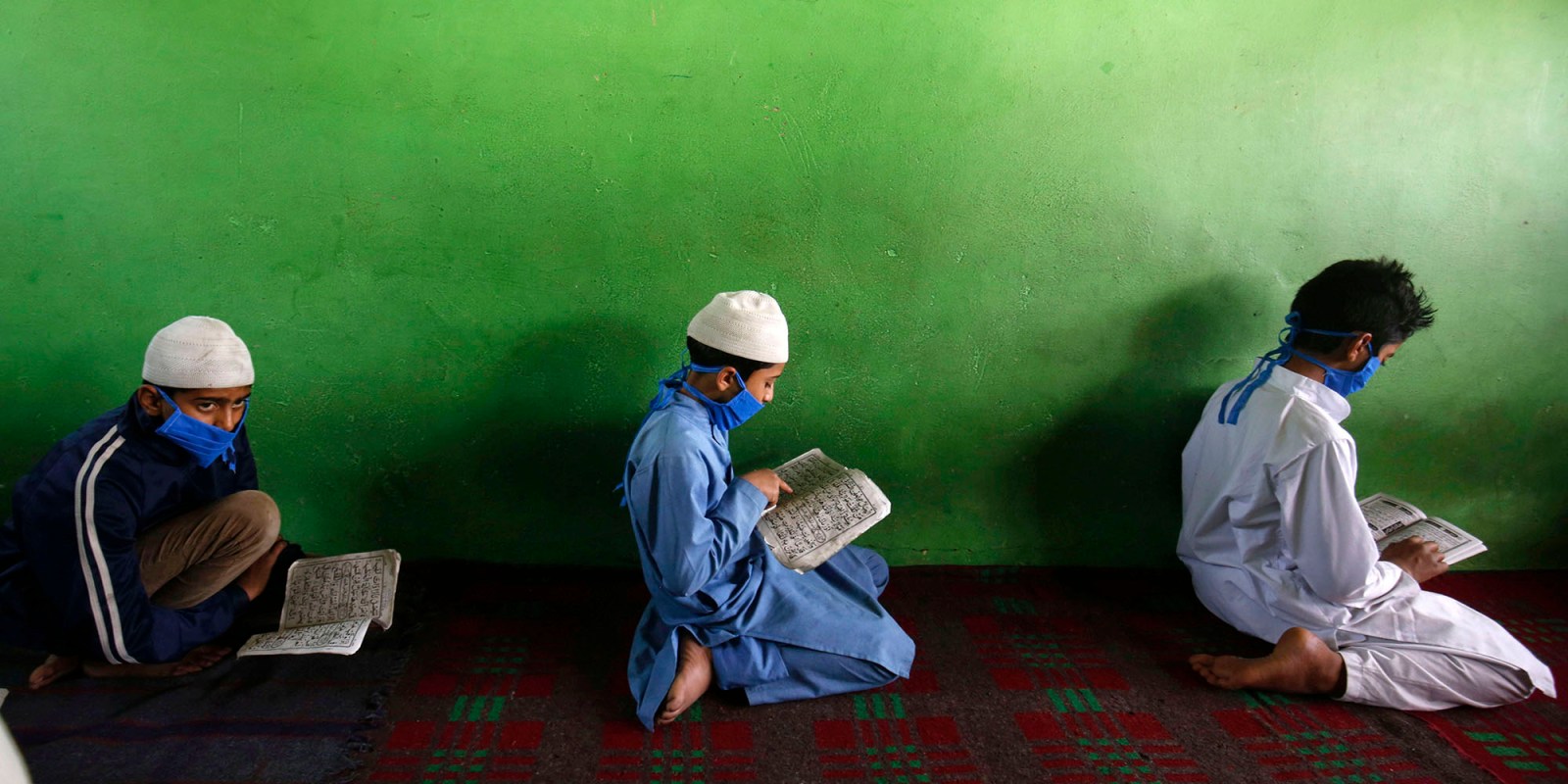 Religion stirs fervour, fear and fight – but it can also easily part ways with faith. For one Johannesburg family, the disruptions of lockdown during Ramadan have provided a different test of their faith – and an unusual blessing at the same time.

A congregation of four and a cat – that’s the sum total of the gathering for Ramadan evening prayers at the Akoob family’s Homestead Park house west of Joburg.

Ramadan in the time of lockdown has brought a recalibration of the rituals of faith, but not of faith itself, for Ahmed Akoob. He misses the large gatherings at his mosque. The Sultan Bahu mosque in Mayfair during the holy month can host up to 1,000 people for tarawih, the ritual night prayers said during Ramadan. He’s a little saddened that the usual anticipation and preparations for Ramadan have been so subdued.

“This year things have been very different for our family and for the community. At the beginning of Ramadan we all had to adjust,” he says. Each day still begins early. During the holy month, the Akoobs rise before sunrise to prepare for suhoor, the pre-dawn meal that marks the last before the day’s fasting.

The five calls to prayers are sounded as usual, but no one will arrive at mosque to worship. Instead, the faithful are this year heeding the call to remain at home as part of Covid-19 lockdown rules. The continuity of prayer throughout the day is unbroken though – that has not been abandoned. And, as day gives way to night, the breaking of the fast with iftar will not be among a congregation of faithful, but will instead take place in individual homes.

Akoob, his wife Ferhana and their daughter Nazeerah are sticking to the work-from-home rules. Their other daughter, Fehmeeda, is a psychologist at Chris Hani Baragwanath Hospital so she continues to work as part of the essential healthcare teams at the coalface.

“I have become the imam of this family and our home is our mosque with this lockdown. It’s been quite beautiful actually to bring the presence and mercy of Allah into our home in this intimate way,” says Akoob.

Religious observances across all faiths have been disrupted this year. The Christian gatherings and services this past Easter, including the mass pilgrimage by members of the Zion Christian Church to Moria in Limpopo, had to be cancelled. The celebrations of the ritual Seder feast for Jews this Passover were not the usual large family gatherings, but were confined to personal, home-based observances.

These religious milestones came and went, but not without pushback. For some devotees, religion occupies some other space – an elevated rung, separate and exceptional. There are those who believe that religion trumps science and also evil, such as a killer pandemic. There are those who say the lockdown tramples on religious rights and that which is made by man should have no decree on the preserve of the holy. Some also believe that making concessions, such as live streaming church services and religious rites or congregating via Zoom chats, is not simply a case of adapting to modern-day methods. Rather, it sets dangerous precedents and dilutes the sacred.

The same arguments have been had by Muslims this Ramadan. For some, lockdown restrictions affecting a month-long period intended for collective religious observance is untenable and sacrilegious. Misguided piety can hold a righteous belief that worship should never take a backseat to anything. It’s the kind of rationale and religious zeal that led to a gathering of worshippers at a mosque in Mpumalanga at the end of March. They met in defiance of a ban on gatherings during lockdown. The subsequent police raid resulted in the arrest of 17 men.

The transgression of lockdown regulations warranted the intervention of law enforcement. Only there was nothing regular about the process. A video on social media showed police barging in, issuing slurs and insults against Islam and behaving like bullies.

In a statement, the SA Human Rights Commission slammed the “blasphemous”, “shocking” and “insensitive” behaviour and actions of the police, while at the same time urging all South Africans to adhere to lockdown regulations.

Religion stirs fervour, fear and fight – and it can also easily part ways with faith. It invites challenges even from police who should know better, or at the very least, should be better trained. It’s because religion is distinctly about insiders and outsiders. It thrives on its own rules and relies on collective obedience to perform its rules and for the audience to receive and adhere to its rules. It also knows human frailty and our intrinsic moral battles.

Akoob is fully mindful of how these dynamics play out. He’s also aware of the court challenge by two Islamic scholars and the As-Saadiqeen Islamic Centre to allow for some religious gatherings during Ramadan. The case was dismissed by the High Court a day before South Africa went into level 4 lockdown. He’s also not all that bothered.

“I don’t agree with the court challenge because I believe that you can pray anywhere – you can just throw down your prayer mat, face Mecca and say your prayers. Actually the lockdown has made this Ramadan even more sweet, even more fragrant, because you can feel the absence of what you would normally experience and it makes you reflect more deeply. I’m true to my faith and I’m proudly South African. I stand behind our president,” he says.

Ahmed Akoob doesn’t claim to speak for other Muslims or for how they might interpret their faith. He offers to share some photos of Ramadan with me and asks Nazeerah to take a few pictures of their evening prayers in the lounge. It’s just the family of four – and sometimes Furby the cat – who gathers. And for this Ramadan, this is enough. DM