No, President Ramaphosa, this is not an intellectual exercise 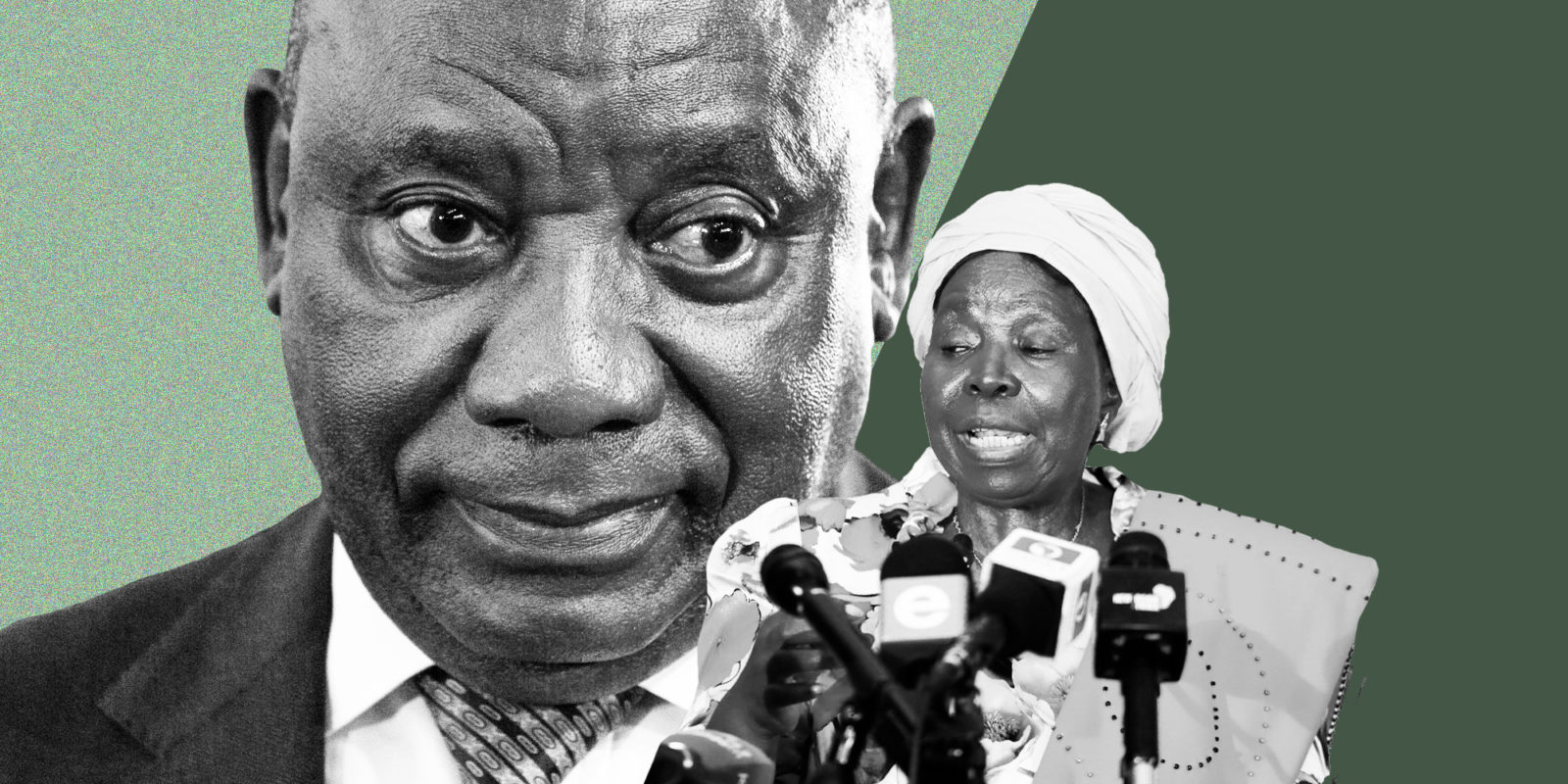 The Presidency has closed ranks around Dr Nkosazana Dlamini Zuma’s statement that government will not rescind the ban on tobacco purchases.

In his weekly newsletter explaining the turnabout in government policy, President Cyril Ramaphosa writes, “After careful consideration and discussion, the NCCC [National Coronavirus Command Council] reconsidered its position on tobacco. As a result, the regulations ratified by Cabinet and announced by Minister Nkosazana Dlamini Zuma on 29 April extended the prohibition. This was a collective decision,” writes the president, “and the public statements by both myself and the Minister were done on behalf of, and mandated by, the collective I lead.”

South Africa remains a constitutional democracy, which favours openness, democracy and the removal of the injustices that were entrenched under apartheid. But there is, as we wrote in an earlier article, a battle over the country’s future trajectory. The reversal of Ramaphosa’s announcement – and let’s be clear, it was an unambiguous announcement that “When the country moves to level 4 on 1 May… the sale of cigarettes will be permitted” – suggests that this battle is being won by those who want a closed, controlled society where government intervenes strongly in personal life.

It is clear that those who want to take rational economic decisions that would limit the illegal cigarette trade and bring in much-needed revenue (government has already lost more than R1.5-billion in tobacco and alcohol taxes) because the fiscus is in deep water, are losing to those who want to exercise social control whatever the price.

The president has, whatever his newsletter might say, been undermined publicly.

This is not surprising. The ANC’s DNA is routinely to default to party and alliance unity – the collective – over rationality. This has consequences for the president’s credibility and leadership.

This mixed messaging asks whether the president is weak, or too distracted, or too disinterested or too frightened to stick with his original decision.

These concerns are compounded by otherwise unfathomable utterances from senior ministers, the logic behind which is so opaque it inevitably lends itself to questions whether there might be more sinister motives.

Beyond tobacco and hamfisted policing, there is the matter of the country’s economic trajectory. Ramaphosa has been weakened just as he was establishing momentum to open the economy up with a raft of structural reforms. As he said in an earlier address: “Building on the co-operation that is being forged among all social partners during this crisis, we will accelerate the structural reforms required to reduce the cost of doing business, to promote localisation and industrialisation, to overhaul state-owned enterprises and to strengthen the informal sector.”

But his ministers have contradicted this, saying that small retailers – spaza shops, in particular – must buy from a list of state-approved suppliers, for example. Shops may sell beds, but not couches. Restaurants may only sell through deliveries and not from their doors, adding more potentially infected people who could become vectors of the disease to the food chain.

Ebrahim Patel, the Minister for Trade and Industry, is up there now with “General” Cele.

Not only did Patel prefer there to be no trading at all than just on-line trading, but he now says that economists’ projections of SA’s GDP contraction are a “thumb-suck”. Presumably he is not referring to the IMF’s predictions, which have SA contracting by 5.8%, not least since his government would apparently like to obtain financing from the fund, among others, to feed the R500-billion spend government has announced.

The Treasury is notably silent on this, though Finance Minister Tito Mboweni was not silent on the booze and cigarettes ban, which he says he did not support.

For the moment, the message from the president to his Cabinet should be the same as to the country: Everyone calm down.

The real concern is not specifically about cigarettes (or underwear) or any other product which remains banned, but rather about the president’s ability to lead the country in the direction of overarching economic reform, on which his record is lacklustre at best.

These fresh turns compound fears about State Capture – why no convictions? The proof of progress on both these issues – the end to State Capture and deep reform – is in the eating, not in the promising.

SA is currently starving for bold leadership critical to turn this game around. That Ramaphosa can do it, there is no doubt. But it is puzzling that he constantly holds himself back when challenged within the party.

South Africa has, the response to Covid-19 reminds, obvious plusses. One remains the unwavering willingness of South Africans to contribute generously to the national project. This can be discerned from public support for the president over the last five weeks, and for various charitable initiatives.

But this should not be taken for granted. It is not putting it too strongly to note that all this has consequences for democracy itself, which relies on delivery, trust and thus consent between government and the governed, not diktat or unquestioning belief, or force.

Changing course for fairer winds means that the ANC has to admit failure. In so doing, it will have to call out impunity and entitlement, and stop the sort of silly mercantilism pervasive in trade and industry. It will need to move away from running the country as an academic seminar on historical materialism, the language of 40 years ago, and from the same tired economic compact, model and mantra, with the “collective” at the centre of the state, where poverty alleviation is welfare-dependent.

It will have to painfully admit that there is a systemic failure of key institutions of delivery, especially education, underscoring the costs of this statist orthodoxy. It will have to allow the market to inform policy, and to champion business. And it should not hold reform hostage to compromise in the collective.

For the moment, the message from the president to his Cabinet should be the same as to the country: Everyone calm down. We need to focus on dealing with the disease and the economy, and not default to statism and theories of social organisation or of revolution a la Amilcar Cabral.

It is said about the search for peace in the Middle East that the participants never lose an opportunity to lose an opportunity. Whether President Ramaphosa uses the crisis to instigate reforms will be a make or break time for his presidency, and for South Africa.

That is where the debate should be focused. DM

Ray Hartley and Greg Mills are with the Brenthurst Foundation.