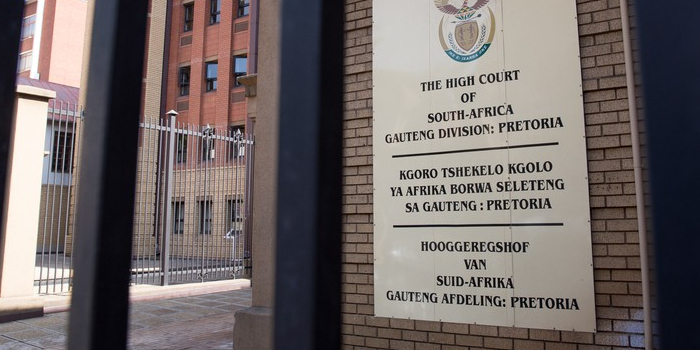 Collins Khosa’s family argued in the North Gauteng High Court on Tuesday 5 May that the military has been deployed during the Covid-19 lockdown without sufficient instruction to respect citizens’ rights, without an operational code of conduct and without sufficient oversight. (Archive photo: Ashraf Hendricks)

Soldiers and police officers allegedly involved in Collins Khosa’s death should be suspended and a new investigative body needs to be established to probe lockdown abuses that IPID and the military ombudsman are incapable of addressing, the North Gauteng High Court heard on Tuesday.

The family of 40-year-old Alexandra resident Collins Khosa has called for the immediate suspension of SANDF, SAPS and JMPD members who were at his home when he was allegedly assaulted and later died on 10 April.

In the North Gauteng High Court on Tuesday 5 May, Khosa’s family argued that the military has been deployed during the Covid-19 lockdown without sufficient instruction to respect citizens’ rights, without an operational code of conduct and without sufficient oversight.

In a court affidavit, Khosa’s partner, Nomsa Montsha, said SANDF members found a half-full cup of alcohol in Khosa’s yard and ordered him and his neighbour Thabiso Muvhango outside. In front of JMPD officers, the soldiers allegedly poured beer on Khosa, choked, kicked and punched him and hit him with the butt of a rifle.

He died hours later from blunt force trauma. Montsha, who said she was whipped with a sjambok during the incident, said SANDF members forced onlookers to delete videos of the attack.

“The soldiers who participated in the acts of assault leading to murder and the JMPD who watched and stood by when a crime was committed in their presence are still in their posts,” said advocate Tembeka Ngcukaitobi, representing Khosa’s family.

An SANDF board of inquiry and the SAPS are investigating the incident. In court papers, Defence Minister Nosiviwe Mapisa-Nqakula said it would be premature to suspend anyone involved before the investigations are finalised.

Ngcukaitobi said Mapisa-Nqakula placed the right of soldiers to a disciplinary hearing above the public’s right to live without fear of the authorities. He called for the court to order those involved to be placed on a precautionary suspension pending the outcome of the investigations.

Khosa’s family wants the court to declare that basic rights must be upheld during the State of Disaster and for authorities to instruct members to adhere to the prohibition on torture and cruel, inhuman and degrading treatment.

It also wants the SANDF and SAPS to issue a code of conduct detailing how members should operate during the lockdown.

“One cannot have a scenario where you have 78,000 soldiers deployed on the streets, told that they should enforce the lockdown regulations and never told how to,” said Ngcukaitobi.

In court papers, Montsha said the defence minister had condemned brutality but also warned the public not to provoke soldiers, giving them the impression that the use of force is at times deserved.

“This is akin to allowing soldiers powers of punishment which they do not have. These powers are to be reserved for the courts only,” she said.

Mapisa-Nqakula’s legal team will argue that she has unequivocally condemned the use of undue force and that SANDF members have clear guidelines on how to operate and uphold citizens’ basic rights.

Multiple authorities continue to investigate Khosa’s death almost a month after the alleged attack and his family has called on the court to force the authorities to establish a new watchdog, led by a retired judge, to hold the SANDF, SAPS and metro police accountable during the lockdown.

“IPID has done a shoddy job and it has not lived up to the expectation of independence,” said Ngcukaitobi.

IPID said no police officers were involved in the attack and the case didn’t fall under its jurisdiction, which Ngcukaitobi called “a criminal cover-up” because it failed to investigate officers at the scene who did not stop the attack.

The Khosa family claims that neither IPID or the military ombudsman are capable of investigating instances where soldiers and police are involved and that IPID lacks resources, is subject to political manipulation and is infiltrated by SAPS members.

Montsha said no state agency had tried to interview her or other survivors or witnesses at the scene in Alexandra on 10 April.

In court papers, Mapisa-Nqakula said the Khosa family had failed to show that IPID and the military ombudsman cannot fulfil their duties and it would be legally and practically impossible to establish a new watchdog during the State of Disaster.

Judge Hans Fabricius, presiding over the Khosa case, suggested the family could approach the court in a separate application to force IPID, the military ombudsman and the SANDF to conduct a comprehensive investigation.

Military ombudsman spokesperson Nthombikayise Mdluli Jacha told Daily Maverick the office has received 25 complaints from members of the public relating to the conduct of SANDF members during the lockdown.

“The complaints relate to inter alia, allegations of heavy-handedness, undignified treatment, unlawful confiscation of property and the like. Most of these are still under assessment,” she said on Monday.

The case in the North Gauteng High Court continues. DM