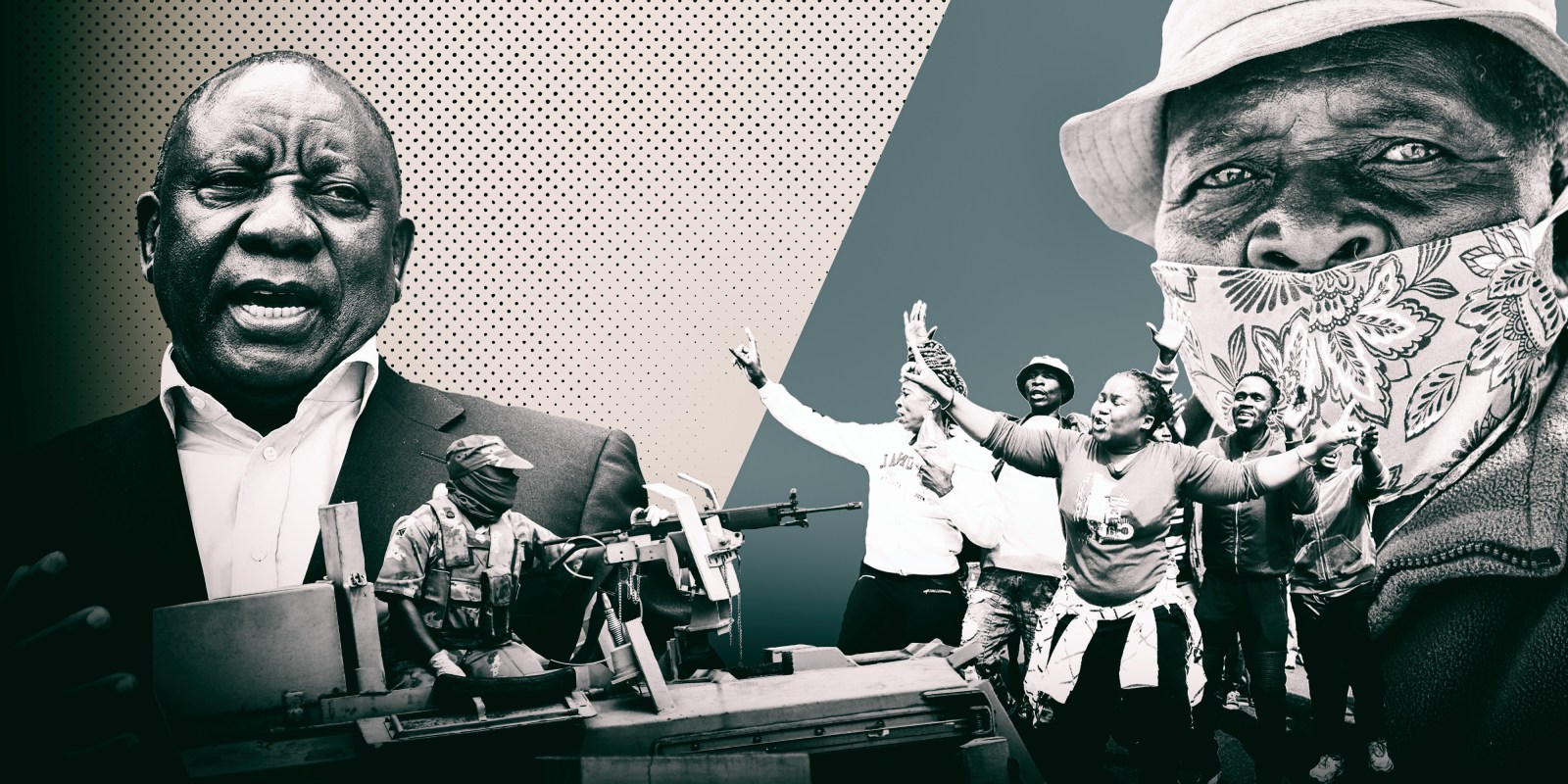 A continued lockdown is not only damaging the economy, it promises a 'humanitarian disaster to dwarf Covid-19’ by having a severe impact on the health and well-being of millions of South Africans. That is the gist of a detailed report sent to President Cyril Ramaphosa by a specialist panel headed by actuaries.

If South Africa’s present economically restrictive lockdown measures are not discontinued immediately, they may cause 29 times more deaths than the measures aim to prevent. And each week of continuing lockdown will, in the long run, cause more loss of life than the virus itself.

That is the stark message in a report delivered to President Cyril Ramaphosa by Pandemic Data and Analytics (Panda), a multidisciplinary initiative co-ordinated by actuary Nick Hudson, chief executive of private equity firm, SANA Partners. It describes itself as a concerned group of professionals and comprises actuaries, an economist, lawyers, a medical doctor, a data specialist and a statistics lecturer.

The frequently voiced government mantra that lives are being prioritised and that the issue is “lives versus the economy” is described in the Panda report as a false dichotomy. The report notes: “Viruses kill. But the economy sustains lives, and poverty kills too.”

It points out that the admitted intention of the lockdown is to “flatten the curve”, to spread expected virus deaths over time, so as not to overburden hospital systems. This “saves lives to the extent that avoidable deaths are prevented, but merely shifts the timing of the rest by some weeks”.

In a letter to Ramaphosa, delivered with the report, Panda requests “an urgent engagement with the government” to explain research that shows that the admitted economic impact of the pandemic will shorten the life expectancy of perhaps millions of South Africans. It points out that, six weeks ago, with little data available about the pandemic, “a rapid lockdown was a prudent decision”. But government should now take cognisance of “new and developing data available today”.

Actuarial analysis could help provide “improved, data-led” decision-making. This would go beyond quantifying the current spread of the virus, and look at the impact of a longer-term humanitarian disaster: this would require the “next best action”.

Such best action, says Hudson, would mean masks still being worn, while “we should cocoon our old and infirm” and observe physical distancing.  However, people should cease being “incarcerated in their homes” and deprived of livelihoods. The consequences of the continued lockdown should be measured against the economic costs and second order impact.

This impact, the report notes, is on reduced life expectancy or years of life lost. Malnourished, desperately poor people die much earlier than those in higher income brackets. And those who lose jobs, income and status tend in greater numbers to suffer depression, commit suicide and abuse drugs as a consequence. According to Panda, estimates of total years of life lost in South Africa as a result of lockdown could run into millions of years.

What the report also does is draw on the latest evidence about Covid-19, the third seriously lethal coronavirus strain to infect humanity in the past 17 years. The first, in 2003, was SARS (Severe Acute Respiratory Syndrome) which afflicted parts of Asia and had a mortality rate of 10%. MERS (Middle East Respiratory Syndrome) which emerged in Saudi Arabia in 2012 is estimated to have killed 35% of those infected.

Against such high rates of death, and with World Health Organisation (WHO) scientists predicting that another coronavirus would almost certainly emerge for which there were no drugs or vaccines in the pipeline (and no governments or donors prepared to finance research), Covid-19 arrived. Lockdown reactions were inevitable as nobody was sure how deadly this novel virus would be.

The result was an initial estimate of 350,000 deaths in South Africa. With Covid-19 having an apparent overall mortality rate of some 2%, such estimates have now been greatly reduced. As Hudson points out, most scientists now concur that “Covid-19 is nowhere near as lethal as initially was feared”.

The overwhelming majority of deaths globally have also been among the elderly and among people with severe co-morbidities, diseases such a diabetes, high blood pressure, and chronic heart or kidney disorders. This the report highlights, pointing out that the impact of the virus is “heavily skewed towards already unhealthy elderly people and those with severe co-morbidities”. As such it concludes that “the impact of the virus on the vast majority of the population, particularly the economically active and school children, has been massively overstated”.

Given the relative youthfulness of South Africa’s population and the fact that the age distribution of deaths so far recorded is close to the age-based approach of Panda, the group believes that models estimating more than 20,000 domestic deaths from the virus “may well be overblown”. Another factor mentioned is that, so far, neither tuberculosis (TB) nor HIV, both highly prevalent in South Africa, have been shown to be risk factors.

The issues raised by Panda have now been thrown open to debate. And, if the analysis contained in the 24-page report is not refuted, and it is held that “the economic impact on life-years of a full lockdown would be much larger than that of the virus”, the group maintains that a change of direction would be essential. Panda advises “a smarter form of lockdown, incorporating measures to protect the very old and very sick” along with “mild restrictions on economic activities and ban on large gatherings.”  Children, the report argues, should stay at school. DM