A resilient informal sector is more crucial than ever

A resilient informal sector is more crucial than ever 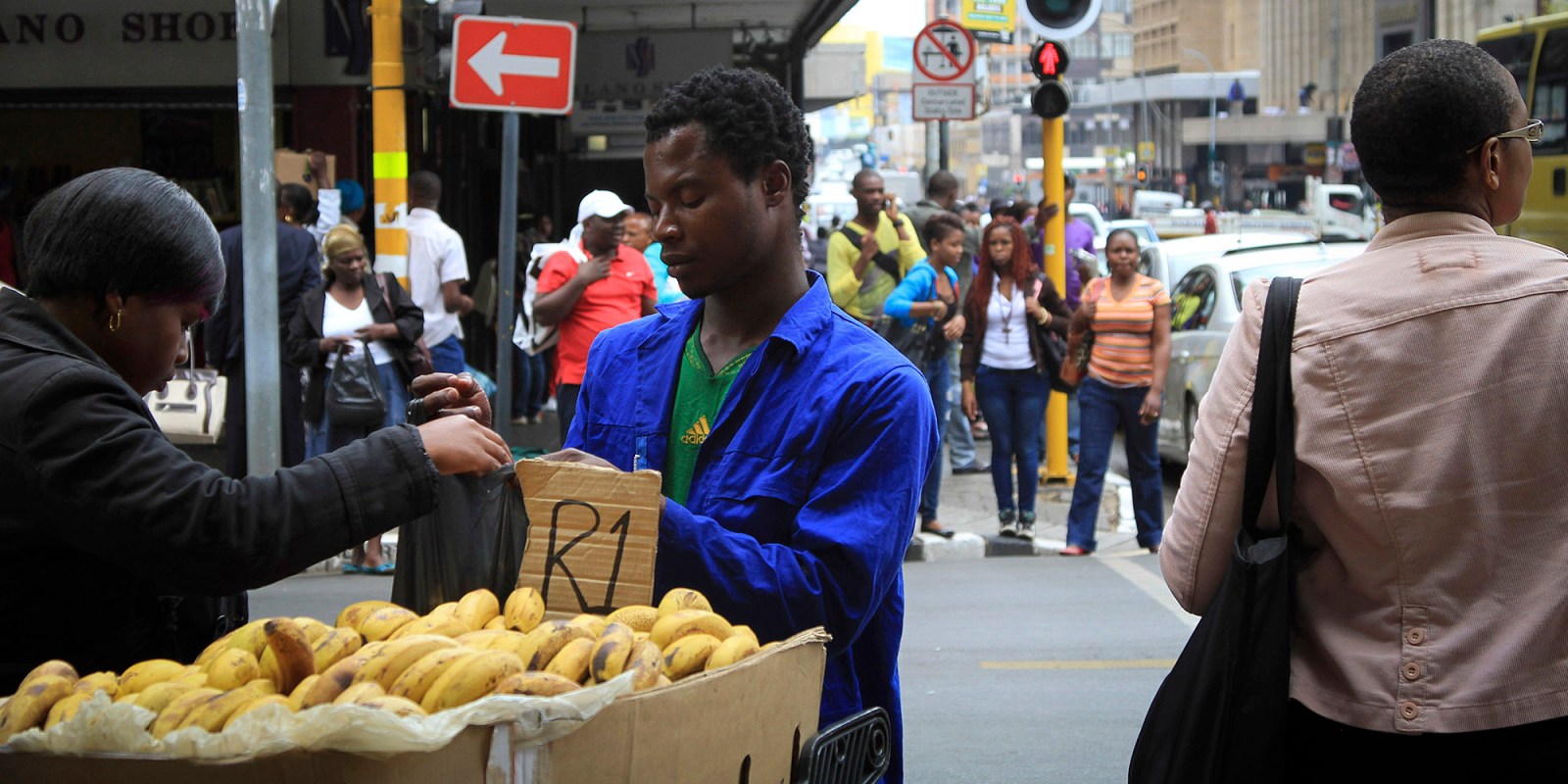 South Africa’s informal sector employs 20% of the country’s workforce. But it’s these workers who face an uphill battle when it comes to infrastructure, support and harassment from law enforcement.

Efforts to slow the spread of Covid-19 have seriously disrupted the economy, but it is informal workers who have been disproportionately affected. Not only has the government lockdown exposed how invisible the informal sector is to policymakers, but it has also created a moral dilemma for workers in that sector who must choose between abiding by the lockdown laws or risk starvation.

For many, informal work helps keep them and their families from slipping below the poverty line. In addition, a rapidly shrinking formal economy means that the informal sector will be absorbing a large share of the newly unemployed.

And now, at this critical juncture, South Africa faces the prospect of losing many of its gains made in alleviating poverty. However, the moment also presents an opportunity to re-think what it means to build resilience within a sector that provides a lifeline for millions of our people.

The challenge facing the government is a significant one, since there is no existing infrastructure to provide relief to informal workers. Most don’t have access to cash grants or UIF. The government has, meanwhile, set aside R150-billion to provide immediate relief to the most destitute.

The increases in existing cash grants and the creation of a new Covid-19 grant are laudable and welcome interventions which help get more cash into the hands of the poor. The child support grant has been increased by R300 for May, and R500 from June to October. Those unemployed who cannot claim UIF will be able to access the special Covid-19 grant offering R350 a month for six months.

While the expansion of cash grants is an important first step to relief and recovery, it is also imperative that policymakers now explore avenues that will increase the resilience of the sector in the wake of the pandemic. Cash grants are not going to solve the unemployment crisis, nor was that ever the intention. Rather, these measures are in place to assist with immediate survival and not as a substitute for employment. In fact, in the coming years, the state’s position to sustain cash grants will likely weaken, making resilience in the informal sector even more critical.

By developing human capital, value is being added to the informal sector in a way that builds resilience and allows for workers to specialise or diversify – both of which will lead to increased income.

There are two important dimensions to building resilience within the informal economy, both of which can be developed and implemented with relative ease if the government is able to foster the correct relationships. Both the private sector – particularly financial institutions – and civil society organisations, which have been working in poor communities, have an important role to play.

The first is to consider the development of a mobile platform which can facilitate money transfers and microfinancing services. As with Kenya’s M-Pesa platform, the South African informal sector can be supported in several ways through mobile access to finance without directly going through banks.

Many informal workers send money to family members in rural parts of the country and, through a platform like M-Pesa, they would be able to avoid bank queues and bank charges involved with money transfers. It would also allow money to move quickly in and out of the sector during precarious times like these.

In addition, it would make safe credit available to informal workers who are currently forced to rely on non-accredited lenders and loan sharks who often trap them into endless cycles of debt.

The second resilience-building intervention for policymakers to consider is the process of developing value within the informal sector. This needs to happen on two levels – human capital and asset-related capital.

Developing human capital within the sector requires training and upskilling. The informal sector is extremely diversified, but a common thread of entrepreneurship runs across all trades and crafts. Developing this is a first step. In partnering with the private sector, civil society organisations and Services Sector Education and Training Authority (SETA), these short training courses can be held in local community centres, schools or churches. SETA has undertaken special projects for transformation in townships, under which a project focused on cultivating human capital within the informal sector can be developed.

By developing human capital, value is being added to the informal sector in a way that builds resilience and allows for workers to specialise or diversify – both of which will lead to increased income.

The other dimension of an intervention of this nature would involve assisting informal workers to gain ownership or co-ownership of some of the assets they need to run or expand their businesses. Currently, many in the informal sector are forced to either rent the tools or assets they need, or rely on loan sharks who often demand interest rates as high as 30-50%.

While a platform like M-Pesa is a partial solution, there is still room for partnerships with the financial sector through which schemes can be developed to allow workers to own or share ownership of capital. Schemes that offer informal workers low-interest loans or credit will not only protect them from loan sharks, but give them an opportunity to own or co-own their capital. Support of this kind will expand the possibilities of growing informal businesses, creating jobs and alleviating poverty in a sustainable way.

Easing barriers to credit and developing human capital will naturally allow a number of informal traders to scale up towards the formal economy over time. This particular consideration is not only useful for increasing the tax base, but also a potential source of job creation. As the state looks to cut their wage bill over the coming years,  job creation will come from the private sector and from cultivating entrepreneurship.

The path to inclusive growth requires a more equal dispensation of value across the economy, and where resilience is needed, value must be added through schemes that have longevity.

If policymakers are serious about supporting the informal sector, they must not assume that trickle-down economics and the provision of cash and liquidity is enough. Rather, the welcome expansion of cash grants ought to be considered a first and immediate step within a broader strategy to inclusive growth. DM

Jaynisha Patel is a Project Officer for Inclusive Economies at the Institute for Justice Reconciliation.