Press(ed) up against the wall: Media freedom and fake news during and after Covid-19 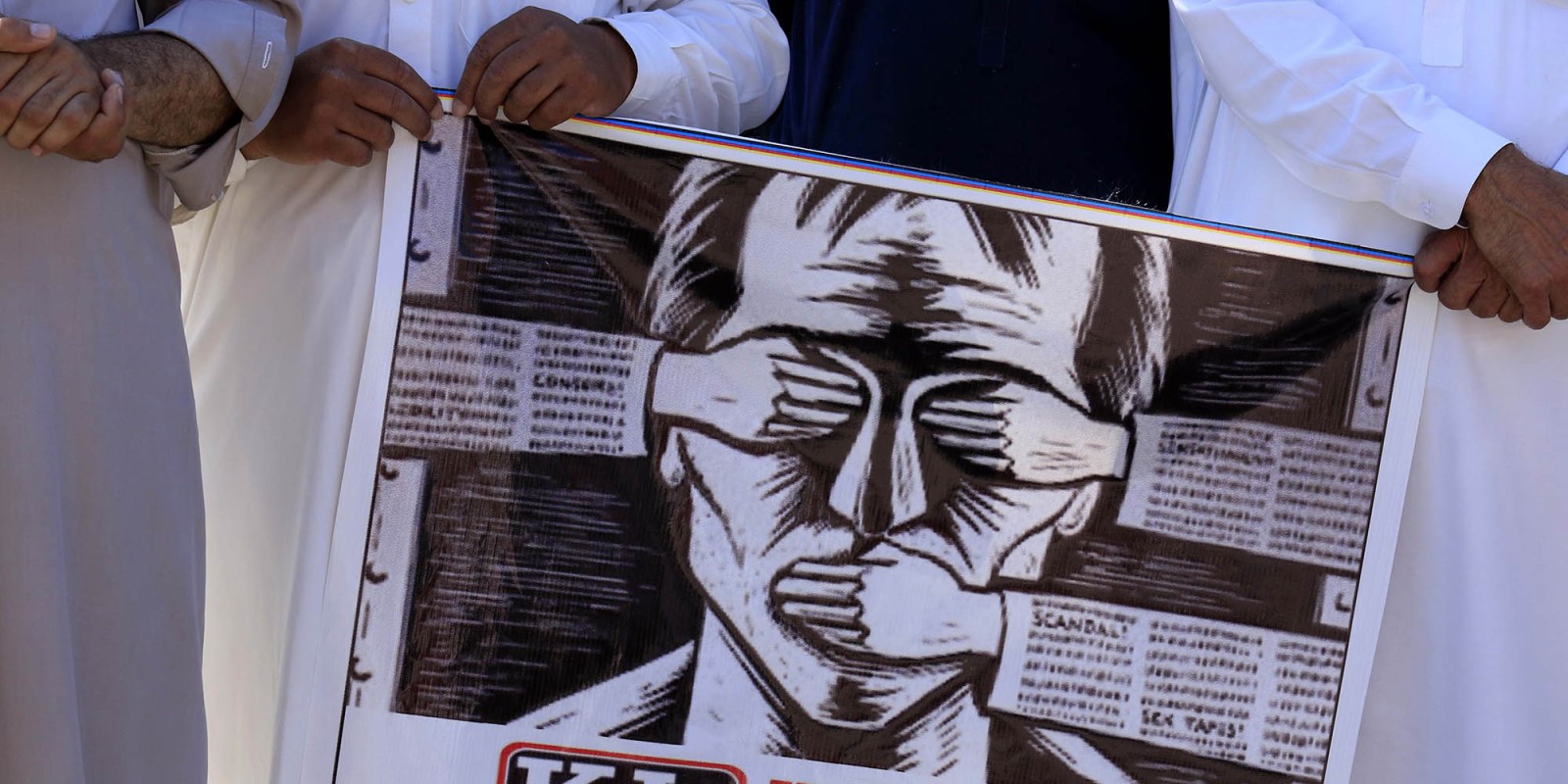 In an age where the mainstream media is increasingly under pressure from a plethora of free digital news services, we need to make sure that misinformation, under-reported information, and the flipside of some stories not being highlighted does not blur the lines between fact and fiction.

World Press Freedom Day on 3 May 2020 reminds us of the importance of the freedom of the press and makes governments aware of their right to uphold the freedom of expression, which is enshrined in the United Nations’ Universal Declaration of Human Rights. It is a day that is also inextricably linked to Africa and the leadership of the African press who led the call for freedom of the press, which resulted in the signing of the Windhoek Declaration which this day commemorates.

It is without a doubt the hallmark of a thriving democracy when the press is allowed to keep the public informed of what is happening around them or what is new and current. It is also the job of free and independent media to hold governments, the private sector and the powerful to account for their missteps.

Donald Trump is widely credited as having coined the phrase fake news. Most people think of fake news as something which is an outright lie. However, there’s many subtle aspects to this, the least of which is the particular bias or agenda of a media source or what the intention is behind vilifying or applauding particular characters. In an age where the mainstream media is increasingly under pressure from a plethora of free digital news services, we need to make sure that misinformation, under-reported information, and the flipside of some stories not being highlighted does not blur the lines between fact and fiction.

The digital landscape has changed news media where the ever-increasing need for exclusives, dwindling expertise and staff complements, means things are published which might not be factually correct. In fact, in years gone by, one of the first dictums given to journalists is to check the facts multiple times, corroborated with multiple sources. Today, this practice is seemingly increasingly not adhered to, with some media publishing selections of opinions from social media as though these opinions back up the essential facts of the story.

The under-resourcing of the media sector by the corporations which run the mainstream press have come to the fore from the for-profit motive of most of the traditional media business models. With people increasingly finding their news free online, there’s less of a need to buy a paper. This has resulted in the closing down of in-house investigative journalism and the juniorisation of newsrooms as senior, experienced media professionals are head-hunted by the corporate sector.

Journalists do not seem to care to ask critical questions and we often read articles where verbatim quotes are published without a challenge or corroboration. Underpaid and overworked journalists are scrambling to produce something to publish, regardless of the quality of the output.

According to the World Press Freedom Index, run by Reporters Sans Frontièrs (Reporters Without Borders), which ranks media freedom across 180 countries, Norway ranks first and North Korea last. Many African nations find themselves in the lower ranks of this list. Interestingly, Namibia, Ghana and South Africa rank fairly high up and surpass France, Britain and the United States (countries which present themselves as the models of democracy and freedom), for press freedom. The report indicates that South Africa has maintained its ranking since 2019, but has dropped three places since 2018.

In recent weeks, the South African government has made publishing or sharing fake news a criminal offence. This is understandable in light of the Covid-19 pandemic when applying the wrong information could lead to a wide-scale spread of the disease. Government has also centralised information flows so that all media carry the same message of what the latest statistics are. This too is understandable in these uncertain times. Our government’s response to the pandemic has been one of the swiftest, most scientific and expert-driven responses which has seen us manage to keep the numbers very low relative to our population and socioeconomic challenges.

The Covid-19 crisis could very well be the excuse that authoritarian governments need to maintain control over information. China has widely been accused of keeping a tight lid on information to misinform people about the true numbers affected by Covid-19. However, on the other extreme is the United States and the United Kingdom refusing to acknowledge the severity of the pandemic which has resulted in thousands of deaths.

Trump has publicly asked if injecting disinfectant isn’t the solution and hospitals have seen a spate of cases where people have tried this. Surely, even for the purposes of reporting, this was something which the media should have ignored? There is a very fine balance between exposing the truth (however ridiculous it may seem), and opening up a new crisis in the midst of an existing one.

It is encouraging to note that South Africa does find itself among the nations with a more free press, especially given our past where apartheid was entrenched by government control of all information and heavy doses of spin-doctoring the truth. We should ensure that the press remains free and we should exercise our right to complain to the ombudsman of clear abuses of the media’s power.

Democracy is a two-way street, just as the press informs us and holds the powers that be to account, so too should we as people become critical consumers of the media and hold the media to account for fake news, misinformation and misrepresentations of the truth because all of these factors shape perceptions and could cause great damage if not monitored closely.

The now-regular engagement with government, especially in the current Covid-19 crisis, has not been seen for a long while in South Africa. While the regular updates and engagement is welcome, there is still a need for the media to have greater access to government at all levels, including through regular question and answer sessions with the president, ministers, premiers and mayors.

In the current context, there should be such sessions with the president. Post-Covid-19, I hope there will be continued government updates and communication going forward. This is a practice that should continue so that the media has an opportunity to engage with the government and ask questions directly as a means of holding the government to account. It is an unthinking practice to wholly produce a one-sided piece based on the views of singular parties without cross-referencing it with comment from other parties concerned and yet this has been a common trend in South African journalism for a number of years now.

Democracy is built on the principles of the will of the people, but the media has a strong role to play in ensuring that they hold those in power to account while simultaneously being responsible and accountable themselves. Misinformation and misrepresentation is equally as harmful to people and society as fake news is. All of these are clear threats to democracy as we know it.

Preserving our hard-won democracy lies with us. It is our responsibility to check before we share. It is also our responsibility to ensure that post-Covid-19, the media is allowed to find their own information and corroborate their own sources. Scientists, political analysts and researchers are independent experts who can weigh in on situations and the media can rely on them to provide structure and substance where comment is needed.

African nations led the call for the freedom of the press to be recognised, but so many African nations are under the yoke of authoritarian governments who suppress information flows and the media. Let us hope that the emergency measures put in by many governments around the world for the Covid-19 pandemic do not become the new norm for the media in the future. DM

Professor Tawana Kupe is Vice-Chancellor and Principal of the University of Pretoria. He is a professor of Media Studies and Literature.