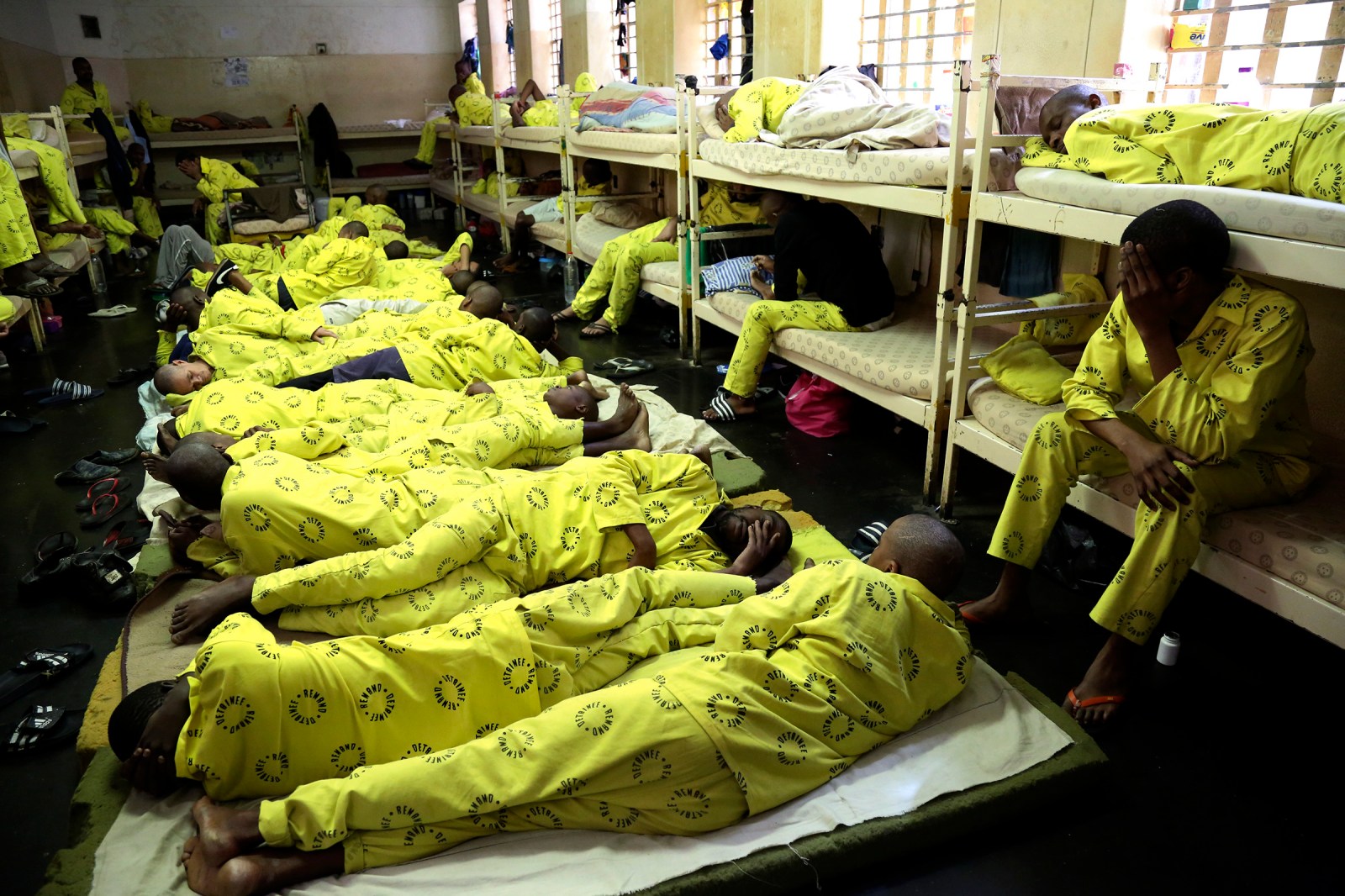 Despite an increase in the number of Covid-19 infections in the country’s prisons, the Department of Correctional Services said on Thursday, 30 April that they have ‘no plans’ to release prisoners. Meanwhile, civil society organisations are pushing for oversight at the country’s prisons and are hoping independent prison visitors can resume visitation under lockdown Level 4.

Correctional Services does not have any plans to release inmates as a way of dealing with Covid-19 infections in the country’s prisons, the department said on Thursday, 30 April.

Department spokesperson Singabakho Nxumalo said that mass screening and testing across correctional centres were progressing well. There are now 141 cases of prisoners and officials who tested positive for the virus. He emphasised that there were no plans to release prisoners.

On Wednesday, during a joint meeting of the Portfolio Committee on Justice and Correctional Services, and the Select Committee on Security and Justice, the Minister of Justice and Correctional Services, Ronald Lamola admitted that they have no choice but to have inmates share a cell. “It is not unique to South Africa. America and other countries in the rest of the world experience the same challenge. All we can do is to practise good hygiene like washing and cleaning of hands regularly,” Lamola said, according to a statement issued after the hearing.

Nxumalo said two of the new cases are at the Modderbee Prison in Springs and one at the Warm Bokkeveld prison in Ceres. Ceres and the Witzenberg municipality is currently one of the epicentres of the outbreak in the Western Cape.

Of the existing cases, 91 are in the Eastern Cape where an outbreak at the East London Correctional Centre followed after an official attended a funeral in Port St. Johns where many were infected. Nxumalo said of the 91 people infected in the province, 35 were officials and 56 were inmates. They have registered one recovery.

In the Western Cape, 36 officials are infected and one inmate with one death being under investigation as a possible Covid-19 death.

In Limpopo, only two officials and no inmates tested positive for the virus. There has been one recovery.

In Gauteng, seven inmates have tested positive for Covid-19 and three officials.

One official at the department’s head office tested positive, but has already recovered.

Sonke Gender Justice’s national prison coordinator Zia Wasserman said that there was a lot of confusion over releasing prisoners to reduce the risk of Covid-19 infections due to overcrowding.

“First, there was a rumour that President Cyril Ramaphosa was due to announce the release of some prisoners on Freedom Day. That didn’t happen. Then at the portfolio committee meeting on Wednesday, there was a proposal to release 19,000 prisoners and it was said that this is with the president at the moment. Since then, it looks like the minister has distanced himself of this plan.”

She said there is very limited access to prisons that will be provided when lockdown is eased to Level 4. “We are going to write to the Inspecting Judge of Prisons, Judge Edwin Cameron, and ask if independent prison visitors can resume their activities,” she said.

She said that there were concerns that prisoners who are infected will be kept in solitary confinement as a means to remove them from the general prison population.

When Ramaphosa first declared the outbreak of Covid-19 infections in the country as a State of National Disaster on 15 March 2020, all visits to prison were suspended. At the time, the deputy director of communications for the Independent Judicial Inspectorate of Correctional Services, Emerantia Cupido, said they had, after consultation with Lamola, agreed to temporarily suspend prison visits while the country was in lockdown. DM/MC