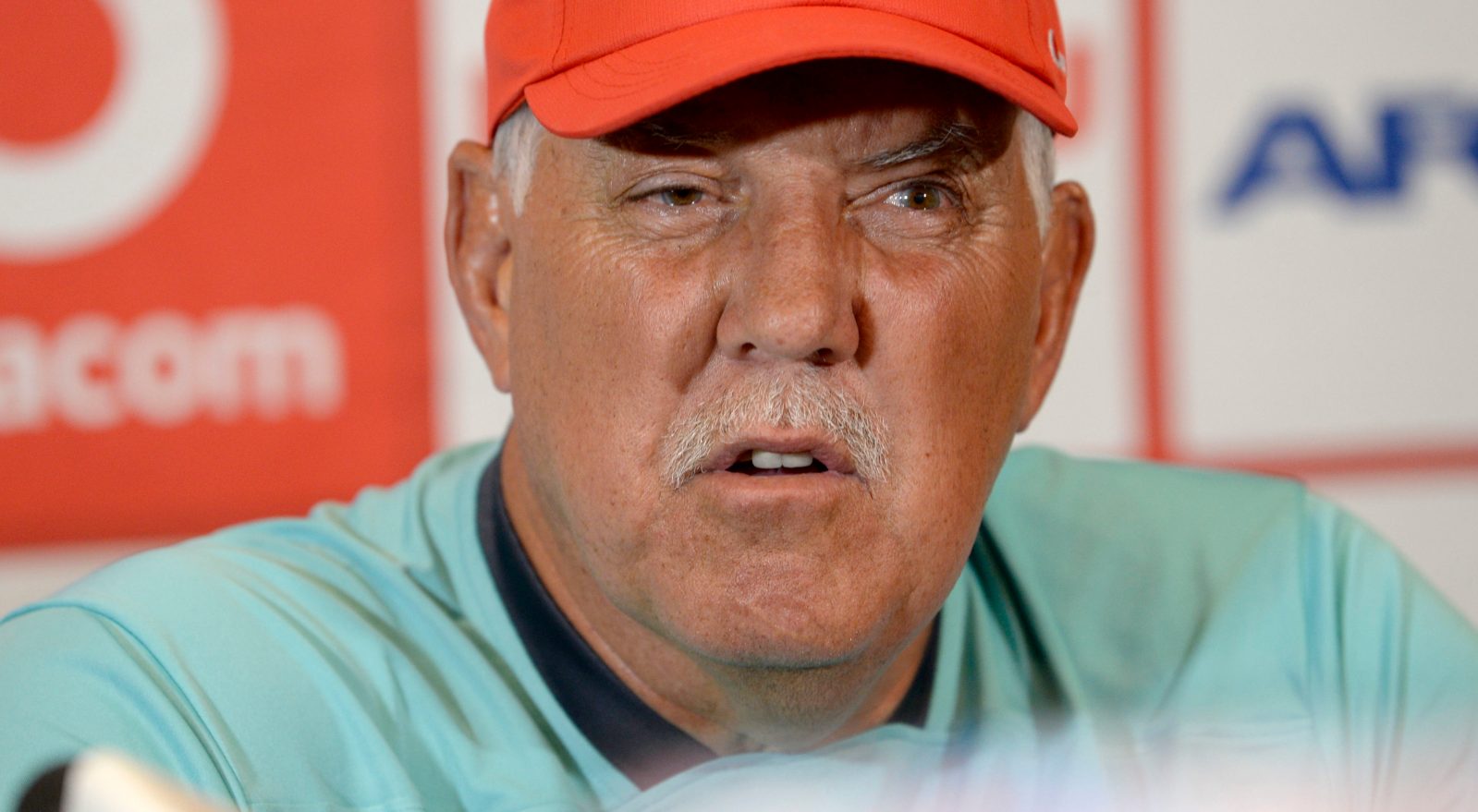 Current Bulls Super Rugby coach Pote Human is the first casualty of the season after agreeing to an immediate termination of his contract, the Blue Bulls Company (BBCo) confirmed on Friday.

Super Rugby is currently suspended due to the coronavirus pandemic and with chances of the tournament resuming in 2020 almost zero, Human has been given an early release from a contract that was due to expire at the end of October. It will give him time to seek alternative employment while still being paid.

Former Springbok World Cup-winning coach Jake White was appointed as Bulls Director of Rugby in March. The role is essentially a senior management one, but he is set to coach the Bulls in Super Rugby in 2021. Soon after his appointment White immediately made it clear to Human that 2020 would be his last in his current role.

The highly successful White has a different vision and mandate for the organisation and will look to bring his own coaching staff into the setup. One of the men he is considering is a return for Victor Matfield to Loftus as a lineout and forward’s consultant.

“There is no guarantee of rugby between now and October, when Pote’s contract ends,” White told Daily Maverick. “I want to start with a clean slate, which I told Pote, and as a result, I couldn’t guarantee an extension of his contract.

“I wanted to work with him this year, but the coronavirus didn’t give us that chance. I said to Pote that because we haven’t had the chance to work together, and I haven’t had the opportunity to spend time with this group of players, it would be better to start fresh by bringing in some new players and coaches, whenever that might be.

“It’s not easy, that’s for sure. But I explained to him that if the roles were reversed, he would want to start the job with a clean slate and the staff he wanted.

“And to Pote’s credit, he was supportive and understanding. He knows that the club is going in a new direction and he wanted this time to look to his future, which we were glad to extend to him.”

Human has been a loyal servant of Bulls rugby but was an accidental head coach. White’s decision could be viewed as cold from the outside but had White waited until October to tell Human he wanted to start with a clean slate, it would have reduced the latter’s time to shop around for a new position.

In the 2018 Super Rugby tournament, Human was assistant coach to John Mitchell, who was in the first of a three-year contract. Human was thrust into the head coaching position the following season after Mitchell took up a role with the England national team.

In 2019 Human guided the Bulls to the play-offs with eight wins, six defeats and two draws in the regular season. At the time the 2020 season was suspended, the Bulls were struggling with just one win from six matches. There were mitigating reasons for those poor results though. Many senior players left Loftus between seasons.

“My time at Loftus has been amazing to say the least. It has been an emotional roller coaster, with many highs and lows… but through it all, I have made friendships and memories that I will treasure forever,” Human said.

“I have dedicated my life to this beautiful game and trust me there is no better place to do that, than at Loftus Versfeld. I would sincerely like to thank the BBCo for giving me the opportunity to live my dreams and for affording the privilege to work with some truly amazing people.

“I’d like to wish them every success going forward. It is important for Jake to get the backing and support from all stakeholders. He certainly has my support and I wish him all of the best.”

White has a vision to turn the three-time Super Rugby winners back into a force in the game. In a post-coronavirus world, which includes a recently implemented salary cap for South African teams, he will have to do it while cutting players from the bloated Bulls roster.

Clubs are only allowed to contract 45 senior players in future and White is currently assessing where to trim fat from his roster. DM/MS