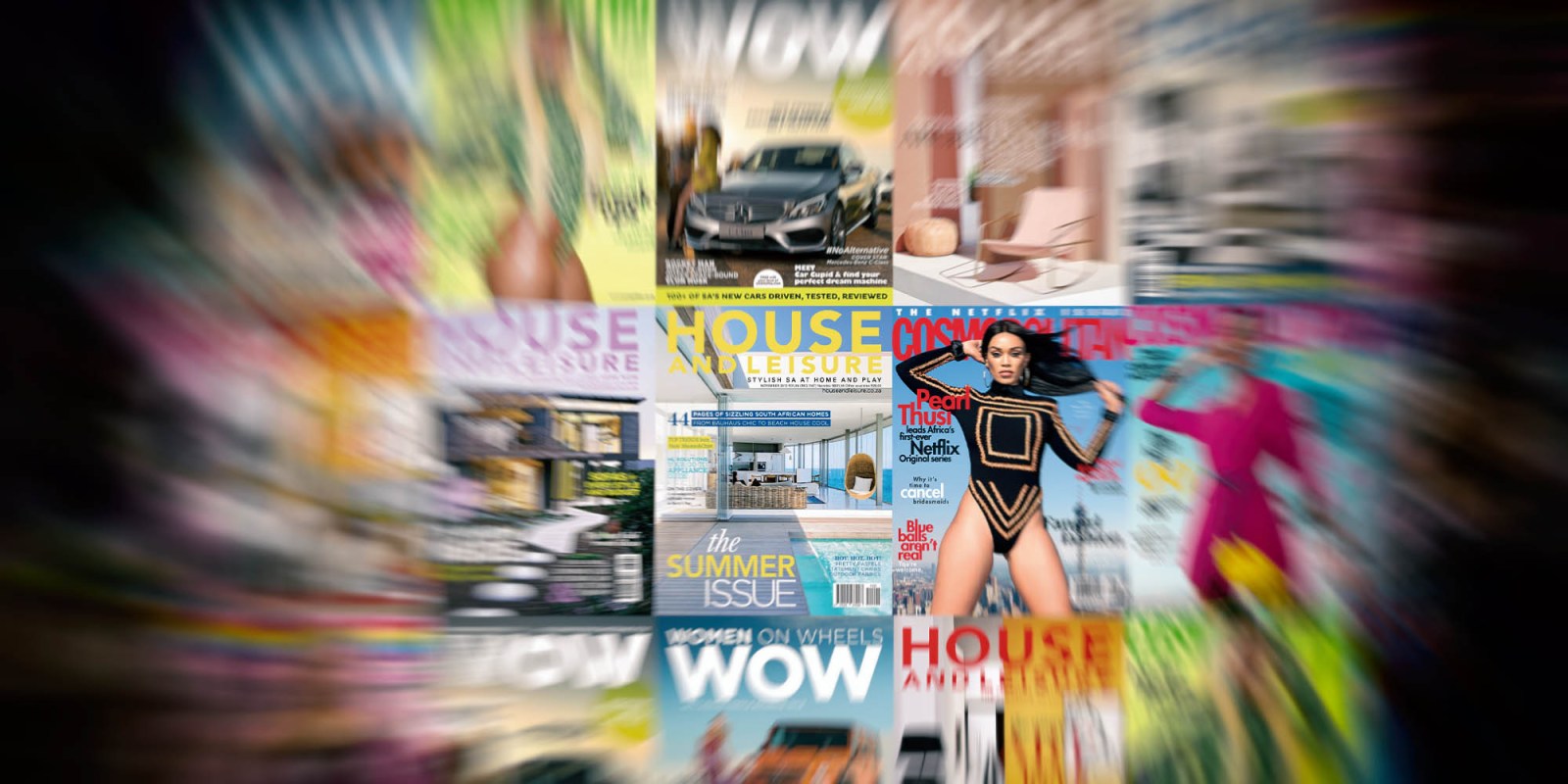 So many companies are tragically facing an extinction moment. The Covid-19 pandemic has become a tipping point for print media in South Africa, claiming its first victim in Associated Media Publishing. The owners of Cosmopolitan, House & Leisure and Good Housekeeping will close its doors on 1 May 2020, the end of an almost four-decade era. But looking at the bigger picture, what we are about to see is greater consolidation, less diversity and fewer jobs in the broader press industry.

Associated Media Publishing (AMP), one of SA’s most well-known independent media houses, is closing shop permanently. AMP CEO Julia Raphaely announced in a press release that the company will cease trading and publishing its magazine titles from 1 May 2020. The revelation follows weeks of retrenchment negotiations and the recent closure of House and Leisure, which cost about 30 jobs. The total shutdown will affect 67 additional staff.

The company was launched in 1982 by Julia’s mother, Jane, who chaired the now-defunct business. Her daughter took over during the last turbulent decade.

Although every effort was made to keep operations afloat, Julia says in the media statement that: “The unexpected and devastating impact of Covid-19 causing the closure of printing and distribution channels, the global halt on advertising spend as well as the inability to host events for the foreseeable future, have made it impossible to continue trading, despite large amounts of personal funds having gone into AMP.”

“This is the most difficult decision I have ever had to make,” says Julia. “For the last 38 years, AMP has been one of SA’s leading publishers and our titles have been part of many peoples’ lives. It is a big blow for magazine media brands in SA as they hold a special place in our country. We never thought this day would come, but were left with no choice.”

Julia expressed great sadness at the distress the decision would cause. “We had a wonderful team of talented employees, as well as loyal suppliers and clients who will be affected. They have all been a valued part of AMP’s journey.”

It is not clear if operations will be tied up via liquidation or a fire sale of the stable of international titles, as Business Maverick is still awaiting AMP’s response in this regard and will update the details in due course.

Julia said in the statement, however, that AMP is currently dealing exclusively with trying to minimise the negative financial impact this terrible outcome will cause to creditors and staff.

Reg Rumney, an independent media consultant, says this is the first closure of such a prominent publishing house in the country, especially with such a long history. “It is very symbolic,” he says.

There was also the closure of Marie Claire, which put out its last issue in December 2018 (also AMP), Entrepreneur SA went digital in 2018 while the Oprah Magazine was closed in 2014, AdVantage in 2013 and the circulation of Men’s Health fell by 42% in 2019.

“Print media is facing an unprecedented time during the coronavirus crisis,” he says, adding that print has been in trouble for some time now as circulation numbers and advertising revenues have been spiralling from one quarter to another.

Rumney says an array of community newspapers have already shut down, with the end of The Times’ print-run one of the more prominent failures.

The South African National Editors’ Forum (SANEF) has been concerned about the state of the print industry for a while and has commissioned Rumney to conduct some research and to consult on how to best address the biggest challenges faced by the industry.

Daily Maverick Editor-in-Chief Branko Brkic says he is devastated by the news of AMP’s closure. “It is a grave loss and I feel it is the end of an era.” DM/BM