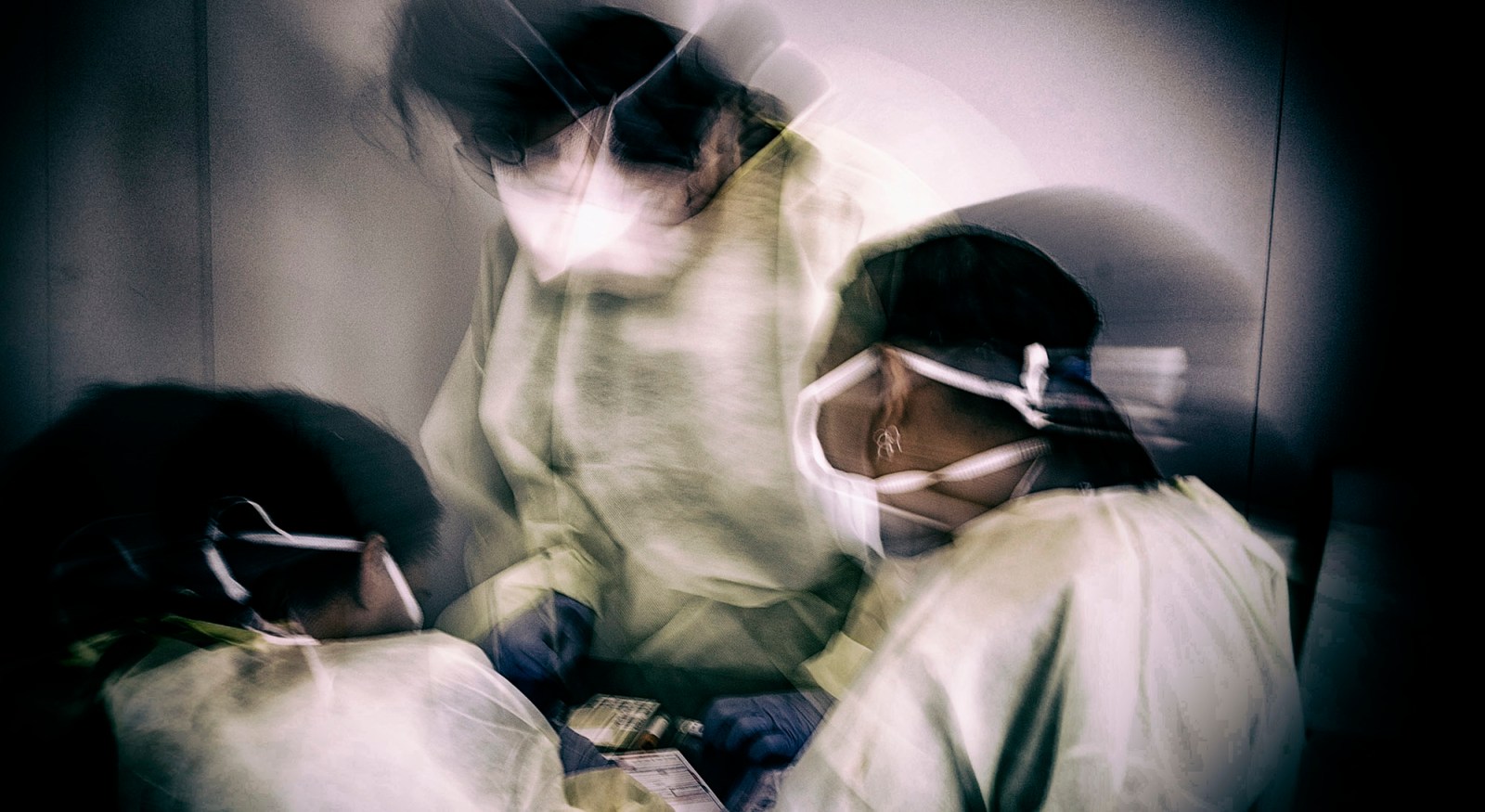 A Covid-19 infection may have originated from outside the National Health Laboratory Service before it was spread among staff members. This comes as concerns rise over health worker safety. To date, 328 health workers have contracted Covid-19, most of them nurses.

Fifteen staff members at the National Health Laboratory Service (NHLS) at Groote Schuur have now tested positive for Covid-19. The laboratory provides government testing and is a separate facility from Groote Schuur Hospital.

Daily Maverick previously reported that at least nine staff members had tested positive, according to a letter dated 27 April.

The letter also indicated that the chemical pathology and haematology laboratories had been temporarily shut down to be reopened on 1 May. During this period the labs will only accept “essential tests”.

A statement released by Groote Schuur Hospital indicated the closure of the two laboratories would not “affect operations during this period”, according to communications officer Alaric Jacobs.

The NHLS Laboratory at Groote Schuur is divided into four sections housing nine discipline laboratories. The laboratory closure does not affect the Virology Laboratory which does Covid-19 testing.

All Haematology and Clinical Pathology tests are being referred to other laboratories in the Western Cape.

NHLS board chairperson Eric Buchs indicated that the staff members had not been working in the Virology laboratory and that the infection wasn’t the result of an occupational hazard.

“Some people may have been infected at work, but it wasn’t coming out of the specimens we deal with. Someone might have been infected in the community who is now infecting their colleagues, like what happens anywhere else,” said Buchs.

A statement released by the NHLS on Wednesday evening confirmed that the infection occurred outside the lab.

“Our initial internal investigations show that the infection did not take place from working with COVID-19 samples and is likely to be a result of local transmission,” wrote communications officer, Mzi Gcukumana.

NHLS has now contracted an independent epidemiologist to investigate and confirm the nature of the transmission.

The first staff member was diagnosed in early April and discharged from hospital on the 25th.

“Contact tracing was done. Staff in direct contact were quarantined and required to monitor symptoms. They were tested after 7 days and confirmed negative and returned to work,” the statement read.

The remaining cases were confirmed after 200 staff members at Groote Schuur were tested.

“The affected employees are now in isolation, those that have elected to isolate at home and have the facilities to do so are at home.”

Arrangements have been made with the Western Cape Human Settlements Department to house staff members who cannot isolate at home.

“The Western Cape response team is doing the contact research and ensuring that the families of the affected employees are tested and isolated where appropriate.”

Daily Maverick queried whether staffers had adequate Personal Protective Equipment (PPE) at the laboratory, given the current shortage.

Workplace safety has been of great concern among public healthcare workers since the first report of a Covid-19 case in KwaZulu-Natal.

In March, Daily Maverick reported that nurses were not only battling the PPE shortage, but had not been trained on how to deal with the virus.

Shortages of hand sanitisers, N95 masks and a lack of isolation facilities add to the burden.

To date, more than 300 health workers have been infected with Covid-19, according to the Department of Health. The majority of infections are among nurses. Khaya Xaba, the spokesperson for the National Education Health and Allied Workers Union (Nehawu) expressed anger at the increase in infected healthcare workers.

“This should not be the case because they are the first line of defence to flatten the curve of infection.”

Xaba urged the government to tackle a number of issues including ensuring that workers are trained on how to correctly use PPE such as masks, and monitoring healthcare facilities to ensure they comply with occupational health and safety standards.

“Other things that need to be in place are counselling and mental health interventions because most of our workers complain about stress, work overload and exhaustion.” DM