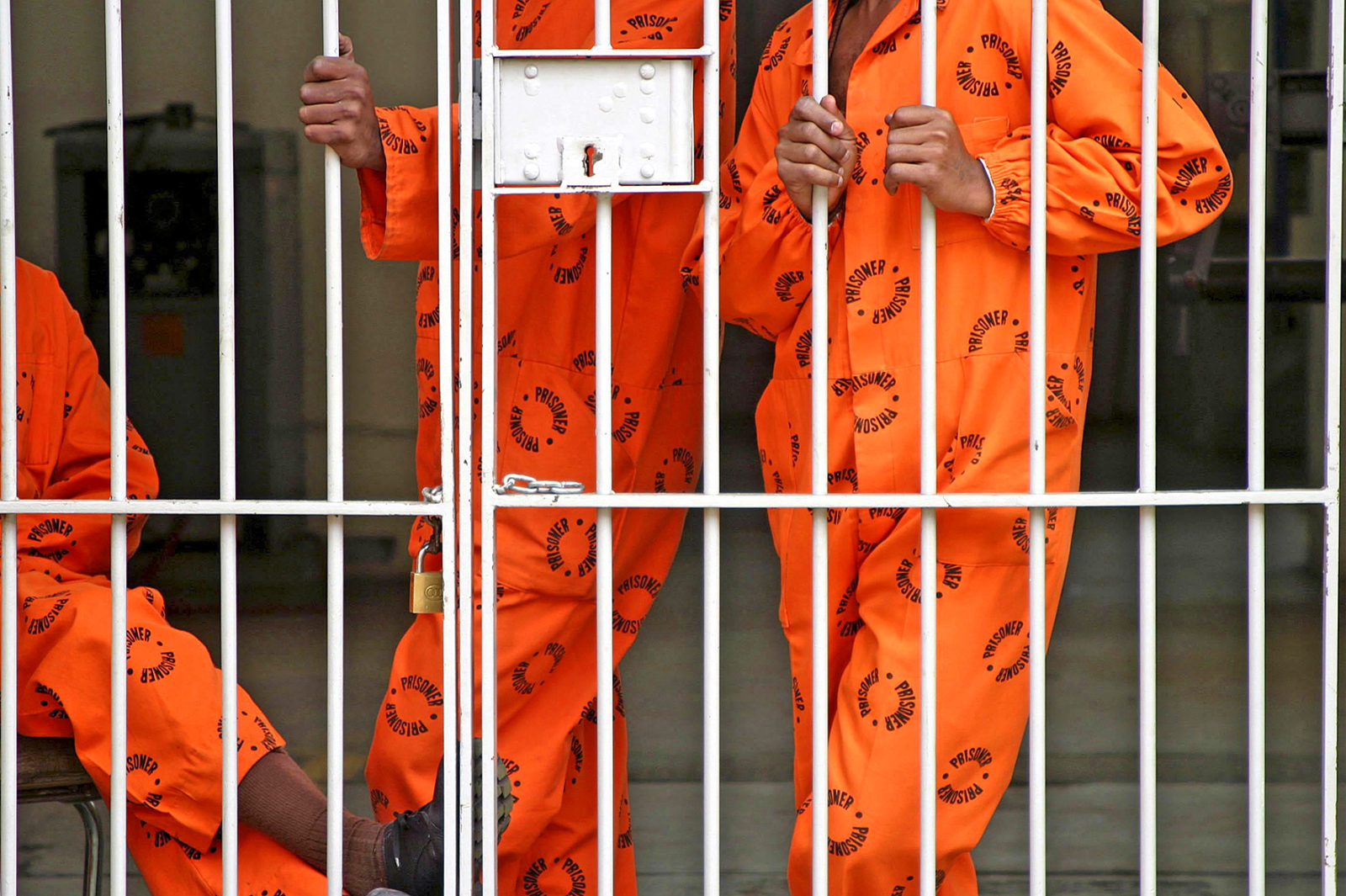 Over 163,000 people are in correctional facilities in South Africa. Outbreaks of Covid-19 in these prisons can have catastrophic consequences for both prisoners and the public healthcare system.

One need not be an expert in public health or an epidemiologist to quickly come to the conclusion that prisons present particular challenges regarding Covid-19. Some basic but noteworthy issues about South Africa’s prisons are set out below and a few conclusions drawn.

South Africa has a prison population of some 163,000 – of which roughly 48,000 are awaiting trial and the rest (approximately 115,000), are sentenced prisoners. The overwhelming majority of prisoners are sentenced adult males (112,000). There are almost 3,000 adult sentenced females. Children comprise fewer than 100 individuals.

For the past 12 years, our prison population has been remarkably stable due to two major competing drivers. The first driver is that we are sending fewer and fewer people to prison due to a poorly performing criminal justice system. The second driver is that we are imposing longer sentences.

The introduction of minimum sentences in the late 1990s saw a rapid increase in sentence tariffs, but most importantly in the use of life imprisonment. In 1994/5, there were some 400 people serving life sentences and it is estimated that this has now increased to 20,000, or roughly one in every six sentenced prisoners.

Nowhere else in the world has the use of life imprisonment increased at such a rate.

Prison overcrowding poses obvious challenges for the physical distancing recommended to prevent Covid-19 transmission. Prison overcrowding is frequently cited as the reason for many maladies in our prison system, but the situation is a bit more textured than a blanket statement proclaiming that South African prisons are overcrowded.

According to the Department of Correctional Services (DCS), this is 3.344m2 per person in a communal cell. This is 1.8m by 1.8m. By world standards, this is tiny and is roughly the floor space of double the size of a single bed. Cubic space is set at 8.5m3. If a prison is 150% full, or 50% above the specified capacity, it means that the space allocated for each prisoner is reduced by a third. (Single cells are, however, an exception; the discussion here deals with communal cells.)

A case for ‘outside’ time

The second issue is the amount of time that prisoners spend in their cells versus outside of the cells (in open air). Bearing in mind that the overwhelming majority of prisoners are housed in communal cells, this is an important issue not only with reference to contagious diseases.

In many African countries, the practice is that prisoners spend the entire day outside and only return to the cells at dusk to sleep. In South Africa, we have opted almost for the opposite. The legal requirement is a minimum of one hour of outside exercise (weather permitting), per prisoner per day. However, it is well documented that this is frequently not complied with, especially in the awaiting trial prisons.

Innocent until proven guilty, but …

The third important factor is the sentence status of the prisoner. It is the overall pattern across the country that the most severely overcrowded prisons are the large awaiting trial prisons in the metros – these include facilities such as Pollsmoor and Goodwood in Cape Town; Johannesburg Central (aka Sun City) in Johannesburg; Durban-Westville in KZN, and East London and St Alban’s in the Eastern Cape.

It should also be pointed out that a facility like Pollsmoor is not one prison, but five centres of which two are currently used for awaiting trial prisoners. This is also true for some other large centres.

Despite the commonly accepted legal dictum that one is innocent until proven guilty, it is almost universally the case that conditions of detention in awaiting trial prisons are worse than for sentenced prisoners. Higher levels of occupancy, high turnover of prisoners, lack of services and heightened security requirements all add to a regime characterised by boredom or “eet en lê” (eating and sleeping).

Apart from the deprivation of liberty, spending weeks, if not months, awaiting trial in a facility like Pollsmoor is severe punishment.

To this should be added that cells are often not filled to the same level, since certain segregations must be adhered to, or are applied by the administration to improve management and security. For example, segregating certain gangs from each other, or segregating first-time prisoners from experienced ones, are measures used to ease tensions and protect prisoners. This also applies to the utilisation of outside areas, for example, a courtyard, and not all prisoners from a section can necessarily be unlocked simultaneously to enjoy the courtyard.

The fourth important issue is visitors. Family and friends visiting prisoners are in many ways the lifeblood of the prison, bringing not only human interaction and contact with the outside world, but also resources such as cash, food, bedding, toiletries and so forth. Admittedly, they also bring contraband fuelling the carceral economy – which is often crucial for some prisoners to “buy” their safety.

Contact with the outside world is vital for both physical and mental wellbeing. It is, however, not only prisoner visitors that come to a prison. The staff working there and other officials also come to prisons daily. Awaiting trial prisoners and sentenced prisoners with further charges also have to appear in court. In short, the gates of a prison are busy.

The above four issues then present particular challenges in the context of a highly contagious pandemic. It is for good reason then that the regulations to combat the spread of Covid-19 prohibits visits to all places of detention, including correctional centres and remand detention facilities as of 18 March 2020 for a period of 30 days or longer. Physical distancing is simply not a possibility in a prison environment and definitely not in one of the large awaiting trial centres like Pollsmoor or Sun City.

A mass infection in the prison population can have catastrophic consequences for the public healthcare system, especially if prisoners suffer serious symptoms and require intensive care. Prison hospitals do not have the capacity nor the resources to care for hundreds of sick prisoners.

To date, DCS has been able to avoid mass outbreaks and as at 28 April 2020, 59 prisoners and 70 officials have tested positive for Covid-19; a total of 129. Of these, 70% of cases are in the Eastern Cape, and more specifically linked to East London. Another 32 cases or 25% (one prisoner and 31 officials) were recorded in the Western Cape.

Stop Covid-19 at the prison gates

By way of conclusion, three further points need to be made.

First, the virus must be stopped at the gates as it will be nearly impossible to fight inside a prison, especially an overcrowded one. The obsession of prison administrations to regulate access is perhaps the greatest asset in preventing a mass infection. This would require strict observance of prevention and protection measures supported by regular screening and testing.

Second, the recommendation from the UN is to alleviate prison occupation by releasing certain categories of prisoners. To this end, the Inspecting Judge for Correctional Services (Judge Edwin Cameron) supported by an NGO alliance (the Just Detention Forum) called on the Minister of Justice and Correctional Services, Ronald Lamola, to enable such releases.

An announcement was expected to be made by the president on 27 April 2020, but did not materialise.

Whether these releases are indeed happening, is not yet known, but a release from prison also raises other issues such as address confirmation if someone is awaiting trial or placed on parole. There is also the question of continued medical treatment if the person is on chronic medication.

Third, the lockdown has also resulted in the termination of visits, not only of friends and family to prisoners, but also of oversight agencies, lawyers and civil society organisations. This is reminiscent of apartheid days when prisons were shrouded in total secrecy. Apart from the few figures reported in the media as well as the annual reports of DCS and the Judicial Inspectorate of Correctional Services (JICS), we knew very little of what is happening inside of our prisons, even before the Covid-19 pandemic.

Data on the prison system that should be there, and used to be available, is simply not there anymore. This is not acceptable. DM/MC

Professor Lukas Muntingh is co-founder and Project Coordinator of Africa Criminal Justice Reform (ACJR) at the Dullah Omar Institute at the University of the Western Cape (UWC).

*This article was produced for Spotlight – health journalism in the public interest. Like what you’re reading? Sign up for our newsletter and stay informed.

Steve Keating for Reuters
Save 4 mins

The Lottery, the law firm and the minister: more questions than answers remain

Could increasing instances of kidnap for ransom be opening the door to terrorism in Benin?