Increase in social grants is not good enough, say critics 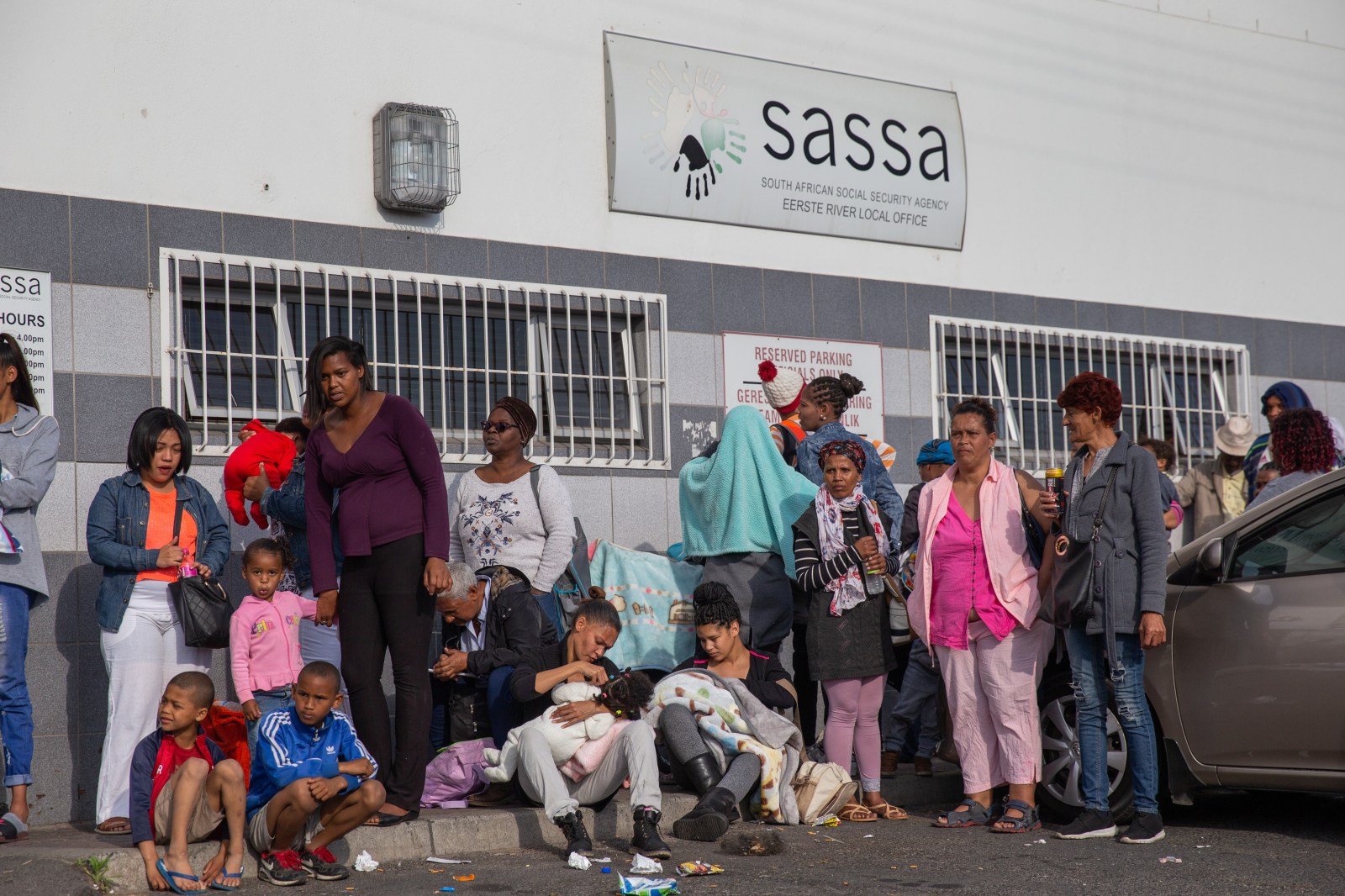 Civil society groups called for a revision of increases in social grants and the special Covid-19 grant. (Photo: Ashraf Hendricks)

Activists and academics say the government’s grant increases are a ‘way of appearing generous while actually reducing the disaster relief budget’.

Twelve civil society organisations involved with children, education, and social justice have made joint submissions to the government on last week’s announcement of increases to all welfare grants.

They said the announcement of the grant increases was celebrated by many who believed the relief would assist with improving the lives of the most vulnerable in South Africa. Most people understood the increase to mean that caregivers would now be receiving an extra R500 a month per child and unemployed people would each get R350 a month.

Since then, the government backtracked in subsequent briefings and revealed that the R500 increase in the child support grant will be a payment to the caregiver, and not per child. This means that a single parent with three children will get the same amount as a single parent with one child.

It has also clarified that those caregivers or parents will not be allowed to access the new R350 special Covid-19 social relief distress grant for those who are unemployed and who do not access any other grant or payments from the Unemployment Insurance Fund.

In the submission, the organisations said the plan was “inequitable, punitive to women and children” and that it needed to be revised.

The organisations said increasing the child support grant was the best way to inject cash into the poorest households. Almost 13 million children were already registered on that system, they said.

Models showed that if the increase was attached to the caregiver and not the child, more than two million people would still be left below the food poverty line.

“In the case of other existing grants (old age, disability, foster and care dependency), the increases of R250 will certainly be welcomed. But the broad impact of the child support grant should not be lost. It is central to the pro-poor emergency relief proposal and essential for the survival and development of children,” the submission read.

The organisations said that the R500 per caregiver was a “way of appearing generous while actually reducing the disaster relief budget through a saving of R13 billion. If this was the intention, then the decision is untenable. We need to understand the rationale for this.”

“We understand the plan is to reduce the number by additional targeting mechanisms, such as income thresholds, to reduce that number to around 10 million.”

They said R350 was already substantially below the food poverty line, lower than the value of the SA Social Security Agency (Sasa) food parcels.

“We urge the government to share its projections for the Covid-19 grant, to allow informal engagement, and if decisions have already been finalised, to be transparent on the eligibility criteria and give a clear explanation of the rationale for each of the support measures.”

During a television briefing on Wednesday, Social Development Minister Lindiwe Zulu acknowledged that government had been accused of “short-changing the children”.

She responded saying, “But we don’t live in isolation. There are budgetary challenges.”

Zulu said there were general concerns that the standard child support grant, of R440 per month, was the lowest of all. This would be taken up with the Treasury, she said.

She clarified that the monthly R500 increase would only be for caregivers. On the special Covid-19 grant, Zulu said it would be available to anyone registered with Home Affairs who was unemployed, had no income, no grant and was not eligible for UIF.

She said applicants needed to include details of a bank account “but we are working on a system to reach those who don’t bank”. The first payments should be made by mid-May, Zulu said.

The Ministry of Finance did not respond to our request for comment by the time of publication.