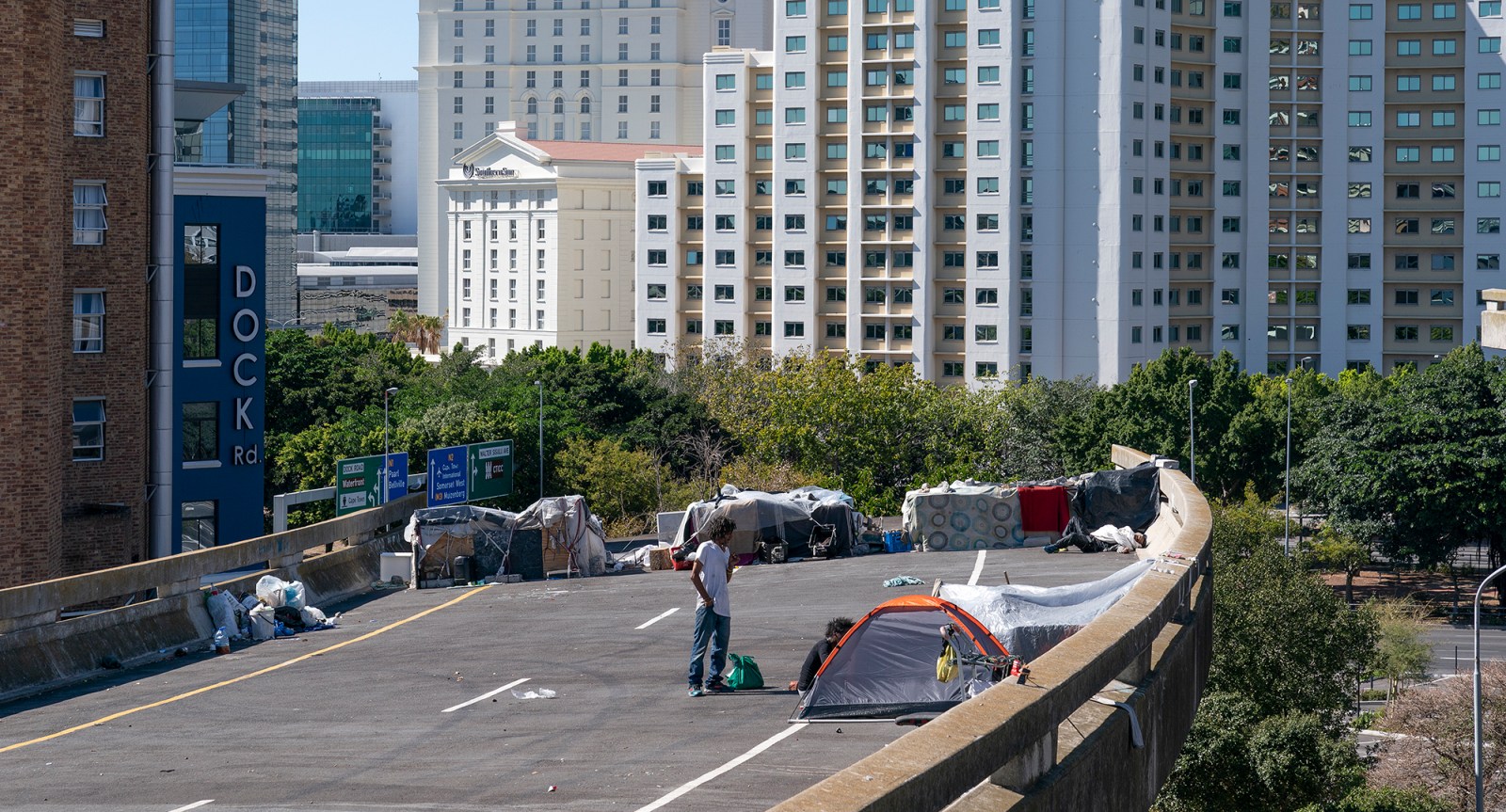 Bylaw amendments proposed by the City of Cape Town amid the Covid-19 lockdown seek to allow search and seizure without a warrant, and have been criticised for effectively legalising the forced removal and displacement of homeless people.

The draft amendments, announced on 22 April, relate to Section 22 of the Streets, Public Places and the Prevention of Noise Nuisances Bylaw and give broader powers to metropolitan law enforcement officers, or metro police.

The “minor amendments” the City refers to in its media release, include:

As it stands, the constitutionality of the “nuisance bylaw”, as it is colloquially called, has already been called into question by the Western Cape High Court in a ruling by Judge Lee Bozalek in September last year.

Bozalek’s ruling was in favour of seven homeless applicants, following their urgent application to apply for an interdict to prevent the City from fining them and confiscating their property.

When the matters were further interrogated by the court in December, Acting Judge Bernard Martin reinstated Bozalek’s order against the City in respect of the “nuisance bylaw”, pending a review of the bylaw’s constitutionality.

Attorney Lucien Lewin, who plans to bring the review before the court, said the latest proposed changes to the bylaw are “very concerning”.

“On a preliminary reading of it, it seems to me that it seeks to legalise the confiscation of personal property of the most vulnerable (being the homeless) and gives the City’s officials even wider powers to enforce what are already concerning provisions of the existing bylaw,” said Lewin.

Jonty Cogger, an attorney at Ndifuna Ukwazi Law Centre, said many of the proposed amendments are “problematic and constitutionally suspect”.

Cogger said of particular concern for many homeless people living in wealthier suburbs, is the proposal that a law enforcement officer can instruct a person to leave and remain out of an area where a contravention of the bylaw commenced.

“This section effectively amounts to legalising forced removal and displacement of homeless people reminiscent of the enforcement of apartheid pass laws.”

“Although neutral on face value,” he said the proposed amendments would “have a disparate impact on the homeless” and gave law enforcement “total power to punish transgressions”.

“The removal of a homeless person from an area is especially unjust considering the historical use of pass laws to control access to white public places by black and coloured populations and the enforcement of racial discrimination in access to land and housing during the apartheid era.”

He said the timing of the bylaw was also “suspect”.

“Not only has the City published these amendments during a national lockdown but also on the eve of a constitutional challenge by a number of NGOs.”

The ANC caucus in the City of Cape Town slammed the proposed amendments, calling it “a sleight of hand” and an attempt “to bring back apartheid and to undermine our constitution”.

Nqavashe said the amendments seek to achieve “greater parity” with the national Criminal Procedures Act, and the bylaw.

“It is also important to note that the Justice Ministry afforded greater powers to the City’s Law Enforcement Department in 2018, and so the bylaw is being updated to reflect those additional powers,” he said, adding that he implored the public to read the proposed amendments in conjunction with the Criminal Procedure Act.

As to the proposed amendments to the bylaw being made during the Covid-19 lockdown, he said: “The City is continuing to function where possible, to ensure that we are able to continue delivering as many services within the lockdown parameters. Functions like public participation are continuing at this time.”

Public comment or opposition to the amendments can be submitted to the City until May 17 via email to [email protected], online at www.capetown.gov.za/haveyoursay, or in writing to Leon Wentzel, Law Enforcement Department, Omniforum Building, 94 Van Riebeeck Street, Kuilsriver 7580.

The City’s Public Participation Unit is obliged to assist people who cannot read or write, people living with disabilities and people from disadvantaged groups who are unable to submit written comments, to have their comments or input recorded and submitted to the City, Contact Anathi Dywili on 021 400-9825 or email [email protected]. DM

The draft Streets, Public Places and the Prevention of Noise Nuisances By-law is available for viewing at www.capetown.gov.za/haveyoursay.