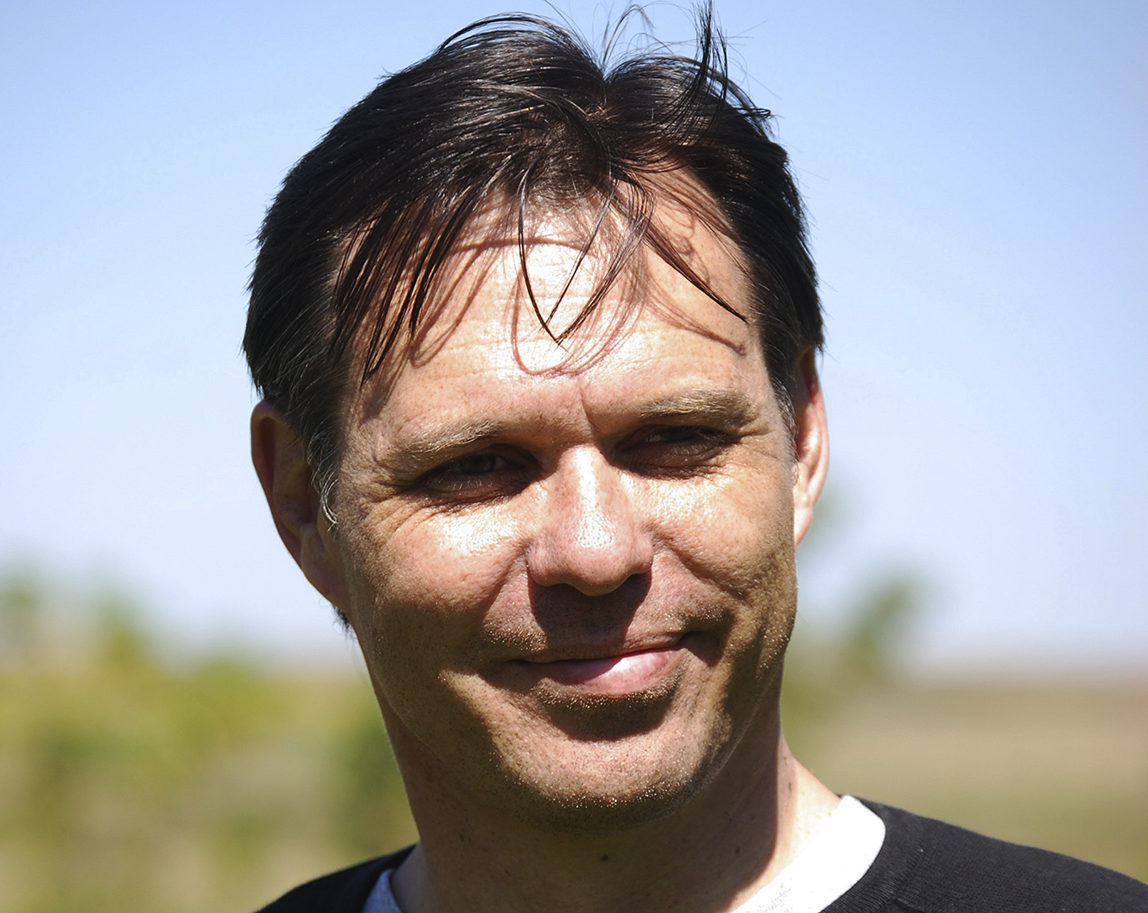 Tributes have poured in for Bernard Janse van Rensburg who is recognised for the massive role he played in public healthcare and academia. (Photo: Supplied)

He is remembered by his colleagues in the broader medical fields as someone who was not afraid to speak out but also had the ability to bring people together with the purpose of working collaboratively for the benefit of patients.

An old brown satchel stuffed “with his whole life” and his silver laptop. These were Bernard Janse van Rensburg’s work tools. To many though they seemed to be the professor of psychiatry’s magic kit of sorts –  tools with which he made solutions materialise and just got things done.

Janse van Rensburg died on 23 April at the age of 60 after suffering a heart attack. The tributes that have been shared since speak of a man who touched lives profoundly. He earned great respect for the way he committed to his many roles. He stood as a firm defender of human rights and an activist for better public mental health services. All the time he remained “the humble gentle giant with an artistic soul,” to those who knew him best.

Months before the Life Esidimeni tragedy became shameful headline news in 2016, Janse van Rensburg was already raising the alarm bells, seeking legal action against the Gauteng Department of Health’s disastrous decision to cancel its agreement with the private healthcare facilities. This resulted in hundreds of mental health patients falling through the cracks in a blunder that would cost the lives of 144 people. In the aftermath of the subsequent arbitration hearings, Janse Van Rensburg was, however, again on hand to help set up a recovery plan for the province.

Sasha Stevenson, head of SECTION27’s health rights programme that supported patients and families of victims in the Life Esidimeni tragedy, says: “Bernard was a fierce activist on the inside with a calm and gentle exterior. He defended patients, even when it was at risk to himself. He recognised the importance of health professional bodies lending their weight to patient advocacy. He was a warm and generous person and will be sorely missed.”

At the time of his death, Janse van Rensburg was working on a system to lessen the mental health burden on healthcare workers who are at the forefront of fighting Covid-19. He had already for some time been involved with setting up a health workers’ resilience programme at the Wits medical school. Looking for solutions and better ways to address problems was part of his interest in health planning that was cemented from the time he completed his medical training in 1983. He later qualified as a psychiatrist in 1996.

Just days before his death he had got his daughter to help him set up the necessary apps so he could personally respond to some of the emails and WhatsApp messages from healthcare workers who were reaching out.

Janse van Rensburg was an associate professor at Wits and was head of the psychiatric ward at Helen Joseph Hospital. Among his many roles he was the immediate past president of the South African Society of Psychiatrists (Sasop), the secretary of the World Psychiatric Association (WPA) section on religion, spirituality and psychiatry, andthe chair of the South African Medical Association’s academic donors association.

He is remembered by his colleagues in the broader medical fields as someone who was not afraid to speak out but also had the ability to bring people together with the purpose of working collaboratively for the benefit of patients. It was his “special powers” they say, of how he could shatter silos, put patient needs first and still show the greatest humility.

“Bernard would inevitably always be late for our meetings and the reason would be because he was always coming from another important meeting where he was needed,” says Ugasvaree Subramaney, academic head of the Department of Psychiatry at Wits University.

“From the moment I met Bernard 24 years ago when he was my first registrar he struck me as a unique individual with a deep sense of humanity and compassion. He had broad interests, from teaching, research and service delivery. He was a very gentle soul with a big intellect that he shared and he was pivotal in responses to the ombud’s report in the Life Esidimeni tragedy,” she says.

“I’ll always remember how he often finished a conversation with a little bow; a shy smile and that gorgeous hair of his would flop over his face. And you’d get the sense that you were meant to listen to what he had to share,” she says of someone she called her right-hand man in the department.

He was “just always there”, and he was meticulous and pedantic in his work ethic and responsibility to the department. He was not just a colleague, he was work and family, she says.

His passion for what he did, though, made work much more than a regular nine-to-five process. Cassey Chambers, operations director of Sadag (South African Depression and Anxiety Group) says Janse van Rensburg worked with the NGO from when the organisation was set up 26 years ago. Janse van Rensburg was then already committed to community outreach and to bring healthcare and mental health services to the most neglected communities.

“Sometimes you’d receive emails from Bernard that came through at 2am or 3am. He worked tirelessly.

“We also knew that if we had an emergency case that we could turn to Helen Joseph Hospital because Bernard would not turn anyone away, he would always make a plan,” she says.

For his wife, Ariane, who is an associate professor and director of Wits University’s Architecture Programme, their life together has been a true partnership. They shared in each other’s work and jointly built projects that were close to their hearts.

One of these was the redesign of the Helen Joseph Psychiatric Unit. Janse van Rensburg was intent on making the unit an example of what could be done with a small budget to improve and upgrade that facility. The pair took it on jointly, only funded with a small grant that Janse van Rensburg had won through a community upliftment award.

“Bernard was a unique and creative person. He wrote poetry and was a pianist and musician. Actually, we met all those years ago because he wanted to speak to me because he wondered if he shouldn’t have become an architect instead.

“Over the years we’ve worked together on each other’s projects and it was great fun for us both actually,” Ariane says.

Ariane says it did frustrate her that her husband exhausted himself being so deeply involved with so many things and working so hard at them all. But she says he divided his time exquisitely too and even though there wasn’t a lot of time it was “very high quality time together”.

“Bernard had a wider vision of everything. He could see potential, synergies and what could be. He really saw people and he inspired them. When some people were too scared to take on something he’d go ahead and believe in what could happen,” she says.

Her “really good-looking guy” was also the man she says who gave her the “lesson of how to be a person” and is the father to their three children, son Briard and daughters LeOui and Renate.

Janse van Rensburg saw metaphors in things, Ariane says. He was the kind of person who would bring home beautiful pebbles from walks, and his work and hobbies spilled out in uncontained ardour from his study to fill their home.

“I’d buy a new salad bowl only to find it filled with pebbles a few days later. We never had salad in those bowls, but I would rather have those pebbles.” DM

* An online memorial service will be held for Professor Bernard Janse van Rensburg via Microsoft Teams on Wednesday, 6 May 2020 at 5pm. This is a live event open to all.