The JSE is now operating from home, and on Zoom too 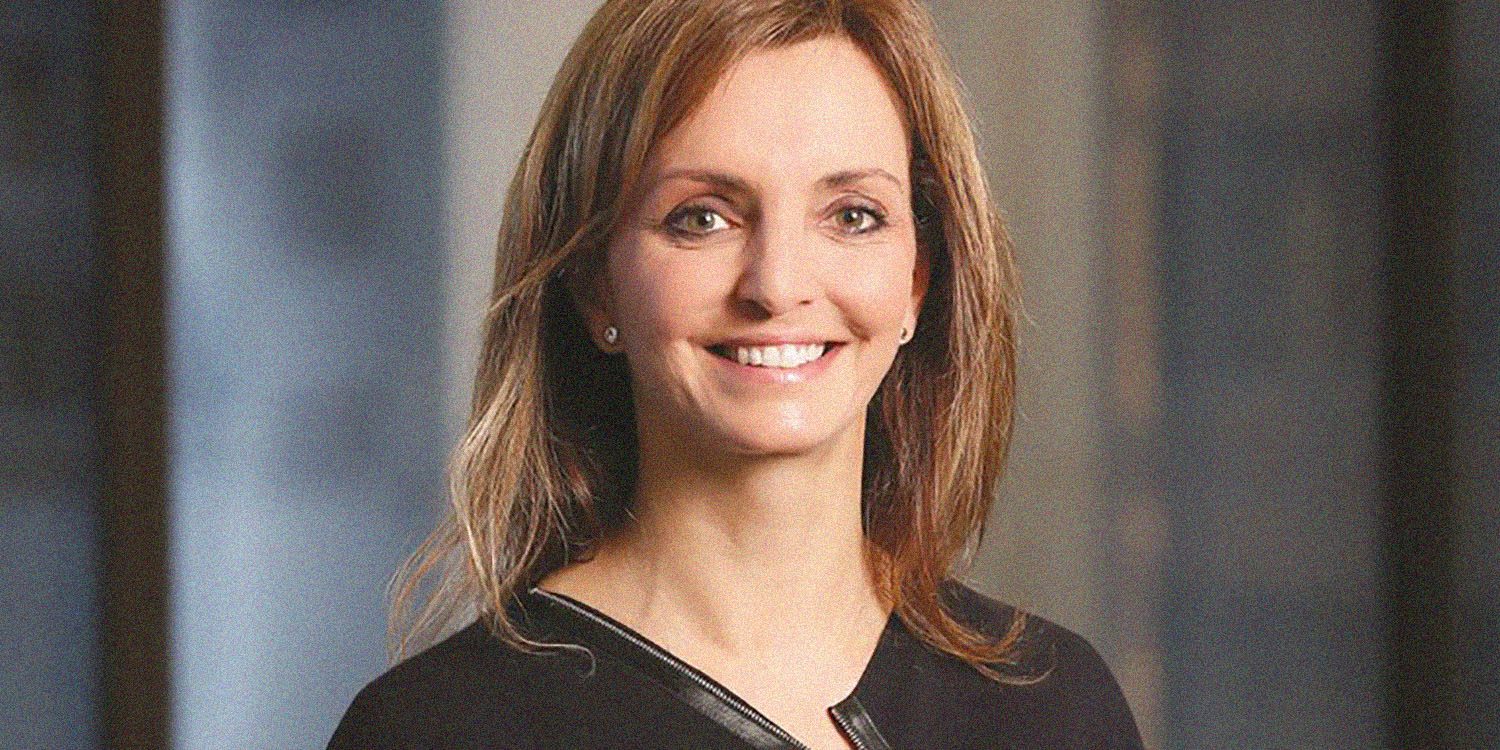 JSE CEO Leila Fourie is riding a market rodeo as the economy is buffeted by the Covid-19 storm and sometimes yoga by Zoom is just what’s needed.

Frontline is a series of profiles from the frontline of Covid-19, the virus posing the greatest challenge to South Africa’s people, its health and its economy.

If the big economy’s grind to a halt has a face, it’s Sandton. Glitzy buildings are quiet, their glass walls glinting emptily in the Johannesburg sun. The streets, usually a chaos of traffic, are quiet – taxi drivers have formed informal ranks on Grayston Drive, usually the thoroughfare of the market economy. And in this, the JSE, the trading bourse is deserted and shuttered – a first in its history as Covid-19 shows us who’s boss.

“I haven’t experienced this in my career and I’ve lived through all of the other [recent] financial crises,” says JSE CEO Leila Fourie, who is freshly minted in her role, having only returned from Australia in October 2019 to take the helm of Africa’s largest listed exchange.

“You could not have crafted a more perfect storm – 80% of the economy is in lockdown. The biggest market decline we saw was in March [2020] and even last week [beginning 13 April] we saw wild gyrations up and down.”  Banking and financial service stocks are down by almost half and while there have been clawbacks, the picture for the rest of the year is a volatile one.

“Corona has been a baptism of fire for all executives and CEOs. And it’s been a powerful force to galvanise industry and executives. The big lesson we will take forward is sustainable development and sustainable funding flows. The Australian fires were a visible prompt and now the Coronavirus,” says Fourie.

As the virus made its way across the world and made landfall in Africa early in March 2020, Fourie and her team had time to prepare for the lockdown. “We started preparing three weeks before the shutdown and put each market in a test phase. It had to be a coordinated business continuity operation with industry.” Apart from about 20 people who go in each day as an essential JSE service, all other staff are working remotely – the JSE is now operating from home.

“I find people are working much harder – [workplace] presence does not translate into productivity. Leaders [used to] have a false sense of security in employees showing up at the office.” Now the team does yoga, has drinks sessions and check-ins by Zoom, the new office water-cooler and meeting room around the world.

Fourie posts messages and updates every few days. To go remote so quickly, the JSE had to install fibre connections into the homes of staff which did not have it as real-time trading systems can’t buffer and become unstable.  “It has taken a crisis to unlock this level of solidarity and unity in the team. We’ve built a new level of trust.”

Because the JSE is a deep and liquid market, it’s been popular. “We’ve had to deal with high and unprecedented volumes of trade. On average, we do 180,000 deals a day and we were up to 800,000 a day; [at one point] the increased volume traded from what was an R18-billion a day to R62-billion. There were new and nuanced problems we had to deal with.”

The unprecedented trading ways required accelerated collaboration across industry and with the market regulator, the Financial Sector Conduct Authority and others. There were big questions: should listing requirements be relaxed, should the publication of results be allowed to be delayed and how to assess insolvency in an uncertain environment? It’s been learn-as-you-go over non-stop days.

“It was a tremendous change in our operating environment – we had to deal with dividends being declared and cancelled at short notice [as companies tried to conserve cash],” says Fourie reeling off the other changes that had to be made. In a Covid-19 market, the JSE, always a target for short-sellers in search of quick money, had a flood of interest, so stock availability and settlement of sales became even more important than usual. “We can’t afford as a country not to settle; people read all sorts of things in an inability to settle. For a market participant to fail would create a domino effect,” says Fourie.

The global economy is on thin ice, but emerging markets like South Africa take the brunt of uncertainty.

“Complex problems have arisen,” says the CEO who is South African, but who worked globally for many years before coming back to replace Nicky Newton-King who stepped down in 2019.

In April 2020, the JSE devoted two trading days value to the Solidarity Fund, writing a cheque to the national effort for R34.4-million. “Capital markets are seen as the face of capitalism and the importance of symbolically sending a message was important. Privilege obligates.  [Covid-19] has taken what was already a material problem in the country and highlighted inequality. I was genuinely overwhelmed at the success of the campaign as many companies had already contributed to the fund,” says the CEO. In addition, Fourie and the JSE board have taken a 30% cut in salary and fees to contribute to the solidarity effort. DM