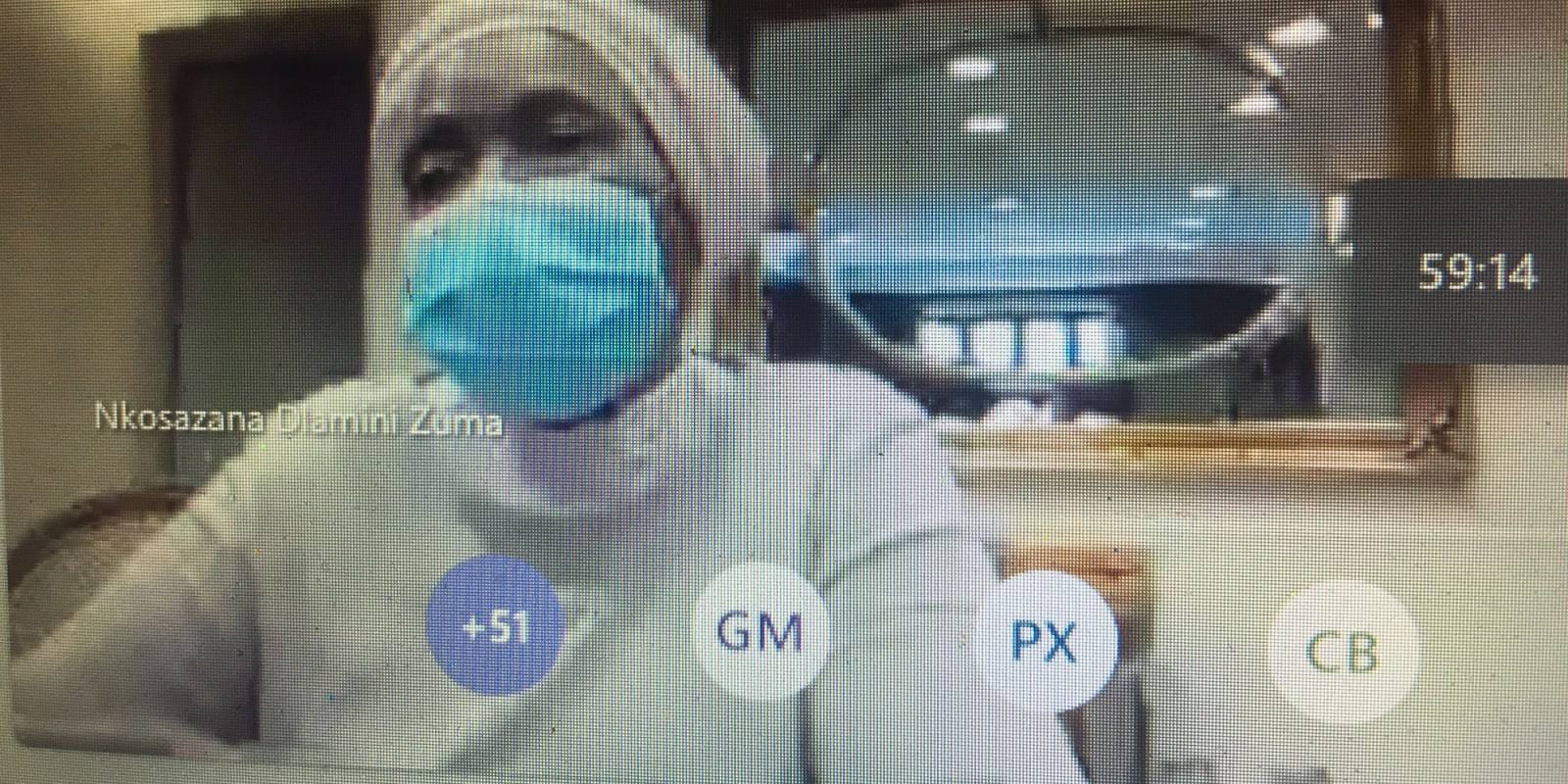 It’s been a rapid entry into the world of conferencing IT for lawmakers. Mute your mic, for now, is the new mantra.

Yonks years ago Parliament mooted video conferencing to save the costs of Pretoria-based officials travelling to the national legislature in Cape Town. As part of this effort, cameras were installed in all committee rooms.

But those video conference committee briefings never really took off. Some say it was because MPs preferred personal interactions; others insist it was officialdom’s inability to change because bureaucrats became used to getting out of their Pretoria offices.

In the radically and rapidly changing Covid-19 world, such attitudes seem quaint.

Less than a week after Parliament’s first historic virtual committee meeting on Good Friday for Health Minister Zweli Mkhize to brief MPs, South Africa’s legislators, like their counterparts the world over, are online. And parliamentary committee oversight is back – regardless of the battles to find that mute button.

Without the mute button engaged, parliamentarians may stay silent, but their gadget’s microphones pick up surrounding sound.

In various committee meetings this week, children could be heard playing. Or radios. Or sneezing, clearing of throats and coughing. And sniffles.

An interesting array of ringtones has echoed across cyberspace, as MPs in virtual committee meetings, unlike the physical ones, forget everyone not only can see them if the camera is on, but definitely hear them answering those phones. “I’m in a meeting,” was not infrequently heard sometimes, but also the beginning of extensive conversations.

Cutlery clanked in the background of Wednesday’s joint defence committee meeting — and during the earlier National Council of Provinces’ appropriation committee when chairperson Dikeledi Mahlangu intervened:

“Someone, I don’t know, is making tea or something. I have requested you to mute. I beg of you…”

Sussed to the chat function, Mahlangu, unlike some other committee chairpersons who relied on support staff, told her colleagues to use the chat to indicate if they wanted to ask questions. She’d see them there.

Also technologically savvy is co-operative governance committee chairperson Faith Muthambi, who made good on her word to name and shame the unmutable ones whom she could see on the chat functions.

“Honourable Ma’Tlou, stop speaking! We can hear you. Mute”, she said, interrupting DA MP Haniff Hoosen’s stream of questions and commentary that dragged on for some eight minutes – proving the point that even going virtual can’t keep a verbose MP down.

Not quite so comfortable with IT was Standing Committee on Finance chairperson Joe Maswanganyi. At Thursday’s joint meeting of various parliamentary finance committees, he talked with the mic muted for a while until fellow committee members pointed this out –“Chairman, unmute yourself”.

Instead of unmuting, he disappeared. Half an hour later, he was still not back when his colleagues checked.

Chairperson of the NCOP’s finance committee Yunus Carrim took on the chairing of the meeting, but had to bow out due to network problems. “I’ve moved to another room, but the Wi-Fi is bad,” he said, asking Mahlangu to take over.

About an hour later Carrim’s voice burst into the meeting to say:

“I’ve found Comrade Joe… He says he was cut off and is trying to get back on”.

On Wednesday, a member of the NCOP appropriation committee couldn’t join due to slow connectivity. The committee was told he’d gone into town to try to find a better signal.

During Tuesday’s water, sanitation and human settlements committee meeting, ANC MP Anele Gxoyiya complained that his questions had not been answered. Turns out, according to the departmental officials’ explanation, the connection had been lost right then.

Interestingly, when the officials were back online shortly afterward, none informed the committee of this gap in (virtual) attendance.

Freezing has taken on another meaning.

“Where is the minister?” came the question committee, to be almost immediately answered:

“The minister is frozen. She’s frozen.”

EFF MP Hlengiwe Mkhalipi quipped, “I’m sure she’s tired”, before Deputy Cogta Minister Obed Bapela said, “We are trying to follow up on a private line”.

Dlamini Zuma was back shortly and continued where she left off – the only indication of the tech glitch was that the facemask had slipped.

The flip side of the battle of the mute key became the frequently asked question from MPs and officials alike: “Am I audible?” or “Can you hear me?”

Without the visual queues from physical presences, the usual committee meeting protocols to indicate the wish to speak or the signing of attendance registers do not translate into the virtual meeting.

It’s been somewhat chaotic at times. In some committees, everyone confirmed attendance at the same time. Others have settled on their support staff doing a roll call. It takes time for committee staff, now dubbed “administrator”, going through the list, calling out names – “Are you available?”

The camera angles have frequently been awful throughout the week. Often half a face or just the top of a head against a wide shot of the ceiling is transmitted online.

Social development committee chairperson Mondli Gungubele sat in front of a gilded mirror that reflected the light and left him looking a bit blurred. Carrim was barely visible from the glasses up, and ultimately decided just to keep the camera off.

But some are making it work for them.

It’s a learning curve that is being scaled.

Ahead of Thursday’s social development committee meeting, the instructions were clear:

“We want to see your face and shoulders” — it took about 10 minutes to get everyone positioned properly.

It’s one of the arrangements that Parliament has pulled off at incredibly short notice, like successfully making video conferencing platforms possible – and, crucially, accessible to the public.

The rules for virtual meetings of committees and the Houses have been published, with the same powers, privileges, conventions and practices in place in cyber reality as in the physical world.

That’ll be important because South Africa’s Budget needs an overhaul as the hard Covid-19 lockdown has pushed the economy further into recession, with related job losses as high as one million.

Parliament is the place to announce the rejigged Budget that Finance Minister Tito Mboweni publicly said he must. Discussions on a date – and arrangements — are under way.

When the 400-strong National Assembly gathers for what is likely to be its first virtual sitting, for the Covid-19 Budget, it will not be an entirely new undertaking.