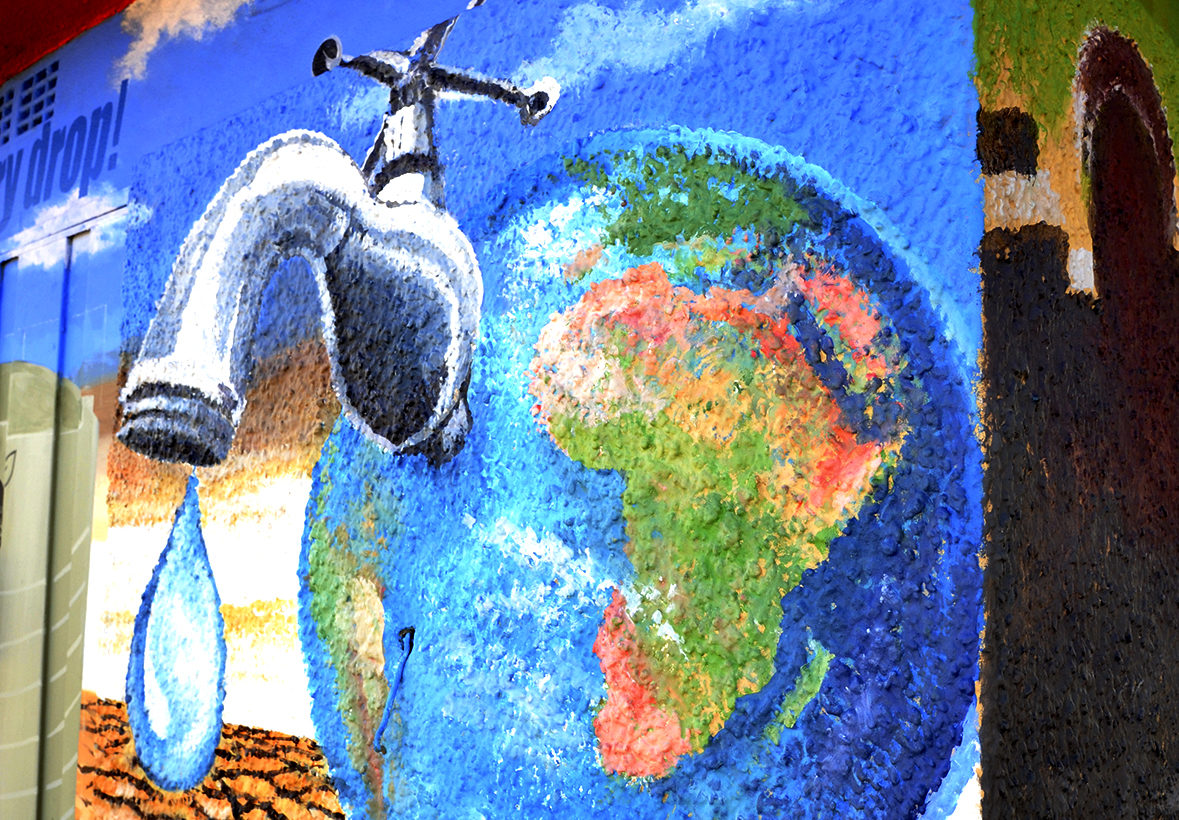 The DA has asked the Minister of Human Settlements, Water and Sanitation, Lindiwe Sisulu, for her urgent intervention in Nelson Mandela Bay as the metro’s combined dam capacity dropped to 22% with projections that the metro will run out of water in the middle of the coronavirus outbreak.

“We are on the brink of Day Zero,” the Eastern Cape leader of the Democratic Alliance, Nqaba Bhanga, said.

The Nelson Mandela Bay Metro’s dams have plummeted to new lows in the past few weeks, with the metro’s biggest dam, the Kouga Dam at 13%, the Impofu Dam at 16%, the Loerie Dam at 25% and the Groendal Dam at 37%.

The region has been in the grips of an unprecedented drought.

Bhanga said the metro was using 300 megalitres (ML) of water per day while consumption should be at 250ML.

“Regardless of the lack of rain, the ANC has failed dismally to attend to the water crisis,” Bhanga said.

“We are leaderless. We have no mayor and nobody giving direction. There is nobody here who can take a reasonable decision about the water crisis.”

Bhanga highlighted a number of failures of the municipality.

A few months ago, the municipality indicated that it would order a barge pump for it to be able to extract more water from the Impofu Dam as current dam levels are lower than where the existing pumps can reach.

A R200-million grant provided by National Treasury for drought relief was not spent.

The declaration of the metro as a disaster area due to drought was allowed to lapse.

“We need a water infrastructure engineer to get clear guidance on how to avoid this catastrophe,” Bhanga said. “We have requested the Department of Water Affairs to second such an individual to the metro.”

He said pleas to Premier Oscar Mabuyane and the MEC for Cooperative Governance, Xolile Nqatha, to intervene in the situation have been ignored.

Bhanga said he hoped the premier and the MEC can appeal to National Treasury for assistance and not allow the R200-million grant for drought relief to be returned to Treasury.

“If we don’t get the barge pump functional we will have a big problem with water in two to five months,” he said.

The mayor of the neighbouring DA-led Kouga Municipality, Horatio Hendricks, said they are facing a similar threat but they had spent R108-million of their grant so far and were planning to spend the remainder by June.

“We were able to spend the money and we would have been done by now if it wasn’t for lockdown,” Hendricks said.

“Currently, there is no place for them to sleep because of lockdown. They need to start as soon as possible. We are in a race against time.”

He said the municipality had about 12 weeks of water left and needed six weeks to get a major borehole online.

“I am afraid that the Gamtoos Valley will suffer a double blow. We have had our first registered case of coronavirus infections in Hankey. If there is a lack of water too it will make community infection even worse.

“We need the province to intervene. We have a health crisis that will turn into a humanitarian crisis,” he said.

“If government does not intervene soon, they will have blood on their hands.”

“We have thousands of water leaks in the metro that are left unattended,” he said. “Our water losses have run up to 46%. There is a total lack of communication about the water crisis.

A senior councillor in the Nelson Mandela Bay Municipality, Johnny Lawack, said they had raised a number of concerns about the water situation as long ago as February.

“We have thousands of water leaks in the metro that are left unattended,” he said. “Our water losses have run up to 46%. There is a total lack of communication about the water crisis.

“Billboard information about the water crisis is outdated by months and hasn’t changed.”

He said a canal that delivers water from the Nooitgedacht low-level water scheme has partially collapsed and has not been fixed.

“A council meeting was held where the Member of the Mayoral Committee for Infrastructure and Engineering, Andile Lungisa, made some promises that never materialised.”

He said most of the metro’s drought-funding was now locked in a dispute over the award of a tender.

“We are in a grave situation,” Lawack said. “Two months have passed and nothing has happened.”

He said the lockdown ordered by President Cyril Ramaphosa to fight the spread of coronavirus infections has “ironically” come to their aid as it forced the closure of large industry, one of the metro’s biggest water users.

Masixole Zinto, the DA’s spokesperson for water in the metro, said there had been promises that contractors would be appointed to fix water leaks but this never materialised.

“We have drilled boreholes but they have not come online. I don’t understand if the municipality complains that their supply chain is holding them back. It is their own supply chain. Surely they should be able to manage it?” he asked.

“It is very unfortunate,” he said. “We have now asked Sisulu to intervene directly. The regulations published to regulate the Covid-19 national disaster allows for her to intervene.

“The city has virtually zero chance of rolling over the R200-million grant… the project is at an appeals process… the tender process has encountered some problems. It can be tied up for a number of years when it goes to court.”

Neither the premier nor Lungisa responded to a request for comment.

Andre Agenbag from Energy Partners said they were in conversation with the municipality’s head of infrastructure, Barry Martin, to build a desalination plant at the Coega Development Zone.

“But, due to lockdown, everything is now on hold,” he said.

The plant was ordered after the company won a tender for desalination in the City of Cape Town but the tender was cancelled. Agenbag said the plant is a modular unit and 25% of the construction is already completed. He said it can be moved to Nelson Mandela Bay and be online within weeks.

He said the plant can provide 2.5 million litres of potable water a day.

“It would be like finding a new river,” he said.

Municipal spokesperson Mthubanzi Mniki declined to comment on the DA’s allegations and referred all queries to Lungisa.

In February 2019 he said, in answer to a number of questions, that numerous water projects are continually being implemented to ensure a continuous and uninterrupted potable water supply to the NMBM and its citizens.

“Moreover, these projects are aimed at minimising any potential future drought situations which might occur. The NMBM was declared a local state of disaster by the executive mayor on 21 November 2019 whereby it was gazetted on 30 December 2019. This declaration further enabled the NMBM to evoke emergency procurement processes in terms of the Disaster Management Act of 2002.”

This declaration was, however, allowed to lapse.

He said a draft emergency procurement plan is being finalised for implementation upon approval by NMBM Council and that the metro’s short-term plans were to maximise the Nooitgedagt Water Treatment Works which receives water from the Gariep Dam situated some 400km away and unaffected by the NMBM drought. This project is part of the currently approved water masterplan. He added that the drilling of boreholes and water conservation through the implementation of very strict water restrictions were also part of the plan.

At that stage, no desalination business plans had been submitted to the Department of Cooperative Governance and Traditional Affairs in the province as the focus was on short-term interventions.

“The municipality is currently conducting thorough cost-benefit analysis in order to ensure that the implementation and operation of any desalination technology is financially and operationally feasible for the NMBM and water consumers,” he said.

“Current desalination feasibility has been conducted and technology studies have been embarked upon as addressed above.” DM/MC