Relief aid – no time to be discriminating against non-citizens 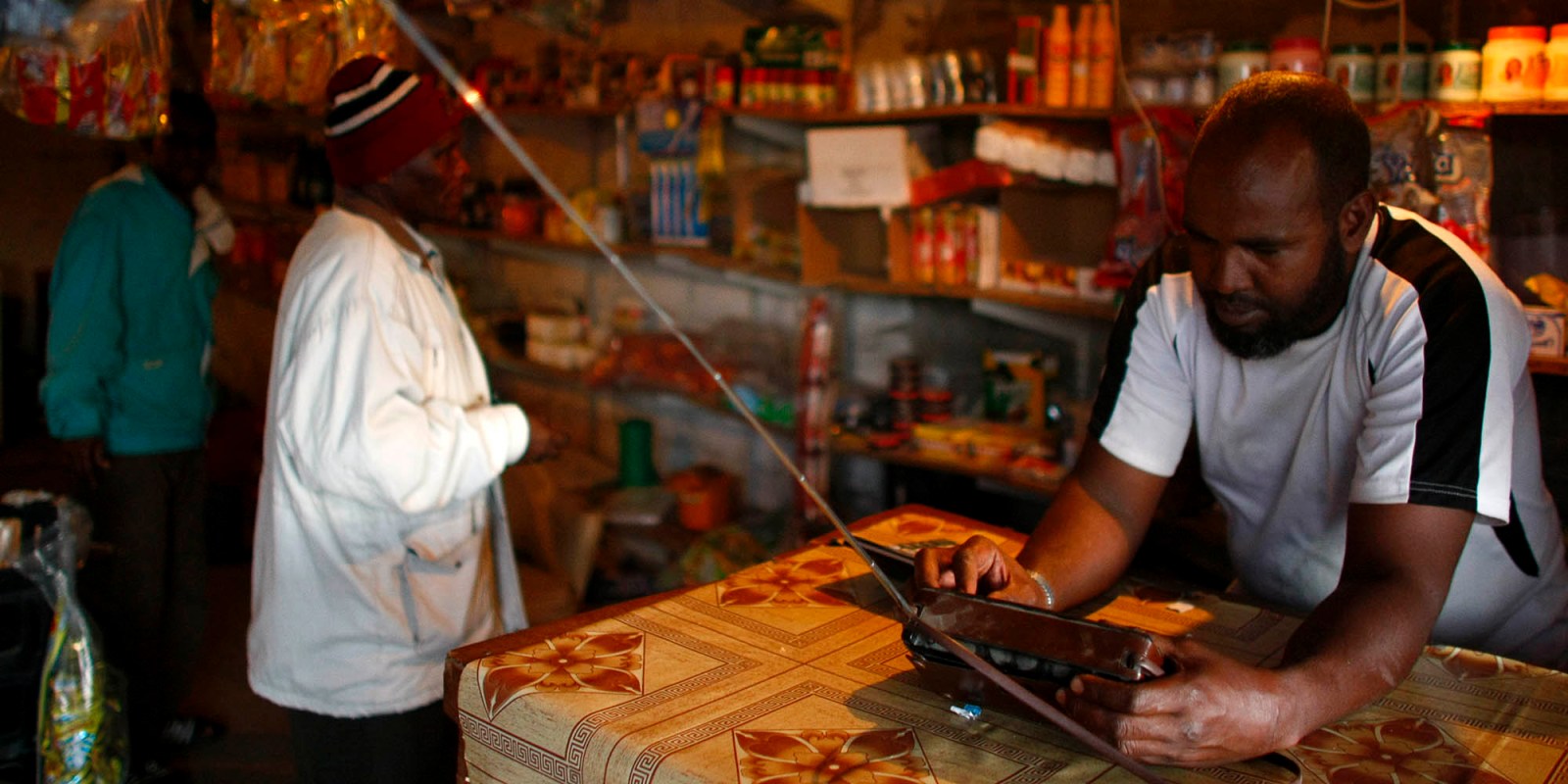 Migration – especially from neighbouring countries – is a contentious subject in South Africa. But this is not the time for division. President Cyril Ramaphosa, in lockstep with other global leaders, has urged us all to pull together to survive the worst health crisis humanity has encountered in a century. The message needs to be heeded by the Ministry of Small Business and Development, whose recent exclusionary statements and policies have been criticised by human rights defenders for ‘othering’ foreign nationals.

The battle against Covid-19 is primarily being fought on two fronts: healthcare and the economy. On the healthcare front, governments are battling to suppress the spread of the virus and protect systems from collapse. On the economic front, governments are battling to insulate their economies from what the IMF is describing as the worst economic downturn since the great depression.

To protect their economies, a growing number of middle- to upper-income countries are introducing economic interventions to support small businesses. South Africa has followed this trend, with the Minister of Small Business Development, Khumbudzo Ntshavheni, announcing the introduction of the Debt Relief Finance and Business Growth/Resilience facilities.

These facilities – which will provide SMEs with soft loan funding and grants – have however been restricted to SMEs that are 100% owned and 70% staffed by South African citizens. The exclusion of foreign-owned and staffed businesses from applying for these relief facilities is counterproductive to the national effort to save jobs and, by extension, the economy.

Why is exclusion a problem?

The role of SMEs in the South African economy cannot be overstated. StatsSA estimates that SMMEs contributed 39% of the R2,29-trillion turnover generated by the formal business sector in the first quarter of 2019. Additionally, academics have estimated that SMMEs create roughly 40% of the jobs in the formal sector. This significant contribution translates into millions of jobs in an economy whose record levels of unemployment require us to value every single one of them.

Undoubtedly, foreign-owned and staffed SMEs play a part in this contribution.

The fear of being targeted makes it difficult for researchers to study foreign-owned SMEs to determine the true extent of their contribution to the economy. However, research cited in a recent article by the University of Cape Town’s public law fellow Dr Vanya Gastrow, reveals that a sample group of 10 formal Somali businesses employed over 200 people. These are businesses that are formally registered, tax compliant and more importantly, providers of livelihoods that keep people off the streets where they invariably become a financial burden on the state.

Comparing South Africa to the world

Members of the inter-ministerial task team charged with leading the country’s efforts against Covid-19 have repeatedly made reference to the developments in other countries to draw insights on managing the pandemic. Similarly, we must look abroad to see how other countries are managing the economic fallout of battling the virus, to determine international best practice.

Additionally, countries that are not providing direct relief but have opted to provide lending liquidity to commercial banks for SMEs, have at this stage avoided placing citizenship-based caveats on the distribution of these benefits. These include countries such as Kenya and our neighbour Namibia.

The decision to exclude foreign-owned and staffed SMEs from applying for the Ministry of Small Business Development’s Covid-19 relief facilities must be scrutinised in the context of an odd about-face by the ministry on the subject of foreign-owned spaza shops operating during the lockdown period.

In a media briefing by the inter-ministerial task team on 24 March, the minister announced that only spaza shops owned and managed by South African citizens will be permitted to operate during the lockdown period. This announcement received widespread condemnation, with commentators as characterising it as xenophobic and unconstitutional.

In a briefing paper promoting the right of non-citizens to work, the International Commission of Jurists Africa Program Director, Arnold Tsunga, strongly condemned the minister’s announcement, stating that:

“The Government of South Africa should guard against laws, policies and public statements that discriminate against non-citizens especially during the public health emergency caused by COVID-19. Lockdown regulations and directions must be conceived and implemented in a way that fully enables all migrant workers performing essential services, including informal traders, waste reclaimers and shop owners to operate on an equal basis with South African citizens.”

On 7 April, the minister retracted her earlier statements and indicated that during the lockdown period spaza shops could operate “irrespective of the nationality of the owners”. The change of heart is not explained in the minister’s statement.

This is not the first time the ministry has been engaged in conduct that can be described as exclusionary. In late 2019, the minister announced her intention to develop legislation that will bar foreign nationals from certain sectors of the economy. She rationalised this by stating that countries such as Zimbabwe and Somalia had similar legislation in place. With all due respect to Zimbabwe and Somalia, the prudence of a middle-income country such as South Africa emulating the economic strategies of these nations is questionable.

The approach towards providing relief funding to SMEs also appears to be somewhat fragmented. It appears that a targeted relief fund for SMEs within the tourism industry has been established by the Department of Tourism. The qualifying criteria for applying to this fund does not include the same citizenship-based exclusions highlighted above. Although the tourism industry will be disproportionately affected by the fight against Covid-19, there has been no official explanation as to why foreign-owned and staffed SMEs in this industry enjoy relief benefits while other industries do not.

The battle against Covid-19 will result in global economic turmoil, which South Africa will not be immune to. In 2008, when South Africa was last plunged into a similar economic crisis, it spawned a wave of anti-immigrant sentiment that resulted in the death of 62 migrants and the displacement of 200,000 others.

President Ramaphosa has implored us all to embody the value of ubuntu in these uncertain times. He stated that “this global pandemic has exposed the fragility of inward-looking and insular political economic and social systems”. There is an expectation that his own government is taking heed of these words.

This is not the time for the potentially dangerous ‘othering’ emanating from the ministry of small business and development. DM/MC

Muchengeti Hwacha holds an LLB (University of KwaZulu-Natal) and certificates in Intellectual Property and Banking Law (University of Witwatersrand). He is a researcher with a special interest in the rights of asylum seekers, refugees and migrants.