Players’ union and AmaZulu set to meet over salary cuts 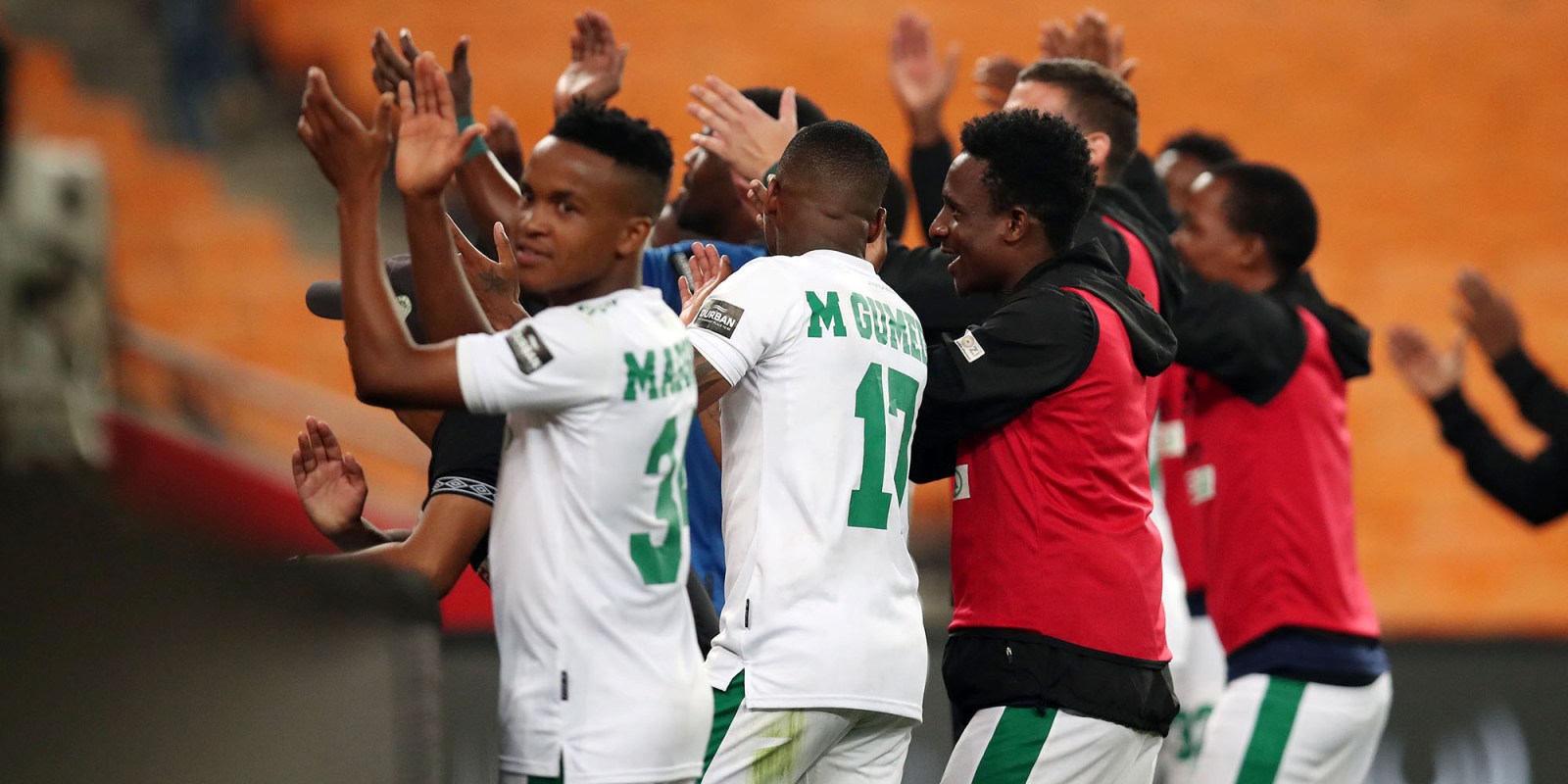 Absa Premiership club AmaZulu says that the decision not to pay players their full salaries at the end of April was unavoidable, while player’s union the South African Football Players Union is keen to ensure that players do not get a raw deal.

A letter by AmaZulu to its players informing them that they would receive only a portion of their salaries at the end of April 2020 has caused an uproar in the local football fraternity as the impact of Covid-19 continues to be felt.

The communication, which AmaZulu general manager Lunga Sokhela told Daily Maverick should have never reached the media as it is “private and internal company information,” was first revealed by football publication, Soccer Laduma.

An extract of the letter, signed by Sokhela, read: “I did make it clear in the last letter, that even though the club receives the PSL grant and has Spar as a sponsor, it still relies on other income streams and significant contribution from the owners of the club whose businesses have been severely affected by Covid-19.”

Even though the letter said players would know the percentage of the cuts on 22 April 2020, Sokhela told Daily Maverick that the club was still working out the finer details and that the letter was just a part of “continuous consultation” with the players.

The general manager also added that they were still discussing ways in which the cuts would be implemented, saying that they might look into cutting a certain percentage according to the pay bracket of individual players. This would mean players that earn the most would be the most affected, percentage-wise.

“We’ve alerted the staff that there is going to be some sort of dent on your salaries. In the meantime, even though we haven’t confirmed what exactly it’ll be per individual, we’ve told them to start putting things in place. Speak to your creditors, speak to the bank and try get a payment holiday or something. Because the reality is that we all just have to try and survive through these tough times and hope that things will turn around soon” Sokhela said.

The South African Football Players Union (Safpu) indicated that it was not aware of the situation at AmaZulu until it became public knowledge.

The union told Daily Maverick that it had asked to sit down with the club as a representative of the players, so that it could be taken into confidence about the blow-by-blow breakdown that led to the decision.

Gaoshubelwe further posed the question of how much the club was actually spending, given the fact that the team is not paying for travel and accommodation and there are no match bonuses to be paid at this point.

However, Sokhela said they still had expenses to pay.

“In spite of the situation, there are still standard expenses accrued every month. We’ve got motor vehicles, we’ve got properties. We’ve got travel arrangements with air carriers as well. It might be that we last travelled in February, but we’ve got arrangements to pay within 45 days,” said Sokhela.

The Safpu president added that they were not aware of any other Absa Premiership club which was intending to cut salaries. However, he did say they had written to GladAfrica Championship side Cape Umoya United, which announced it would be cutting player salaries by 50% during the lockdown.

Gaoshubelwe said they were also appealing to the government to relax some of the UIF laws for clubs, for the benefit of players.

“We know that sometimes there are clubs who are not necessarily compliant in terms of the UIF. Our request and our pleas are that maybe a consideration must be given by the government to give these people an amnesty, you know, for not having paid what they owe insofar as UIF is concerned. So that whoever wants to claim for UIF can go ahead and claim. Because you cannot claim if your employer has not been paying, as the employer will face penalties and that makes it difficult and impacts on the employees,” said Gaoshubelwe.

The Premier Soccer League’s spokesperson, Luxolo September, said the mother body had no comment on AmaZulu because the club is the employer and the league cannot interfere. DM