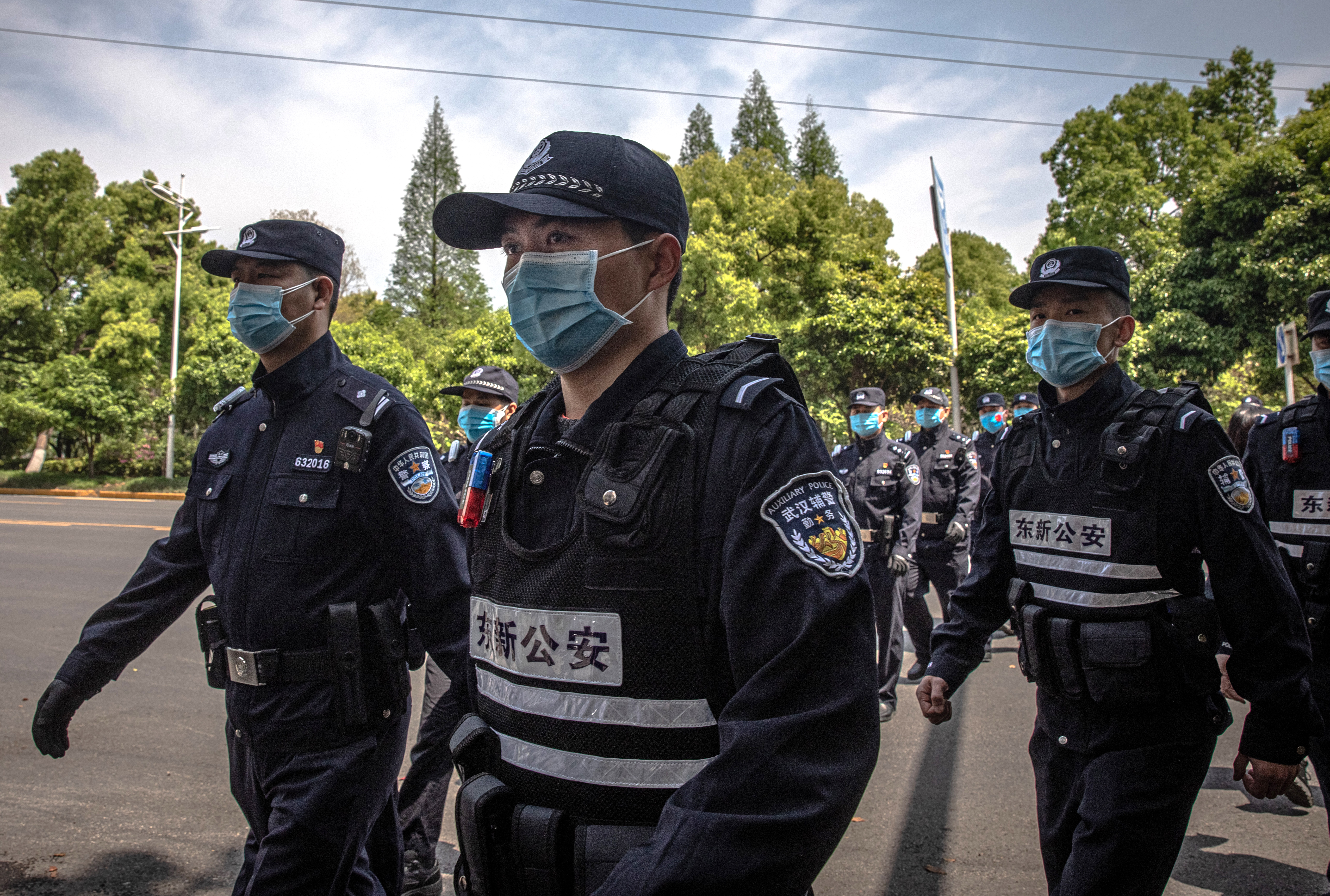 epa08345375 Police officers wearing protective face masks after the departure ceremony for Chinese medical workers from Shandong province, in Wuhan, China, 06 April 2020. Wuhan, the epicenter of the coronavirus outbreak, will lift the lockdown on 08 April allowing people to leave the city after more than two months. According to Chinese government figures over 2,500 people have died of Covid-19 in Wuhan since the outbreak began. EPA-EFE/ROMAN PILIPEY

BEIJING, April 23 (Reuters) - A Chinese citizen journalist who posted videos about the coronavirus situation in the city of Wuhan has resurfaced after going missing for almost two months, saying in a YouTube video that he had been forcibly quarantined.

Li Zehua, 25, was one of three citizen journalists who went missing in Wuhan.

A video he published on Feb. 20 showed temporary porters being hired to transport corpses of people who apparently died of the coronavirus. It was viewed 850,000 times on YouTube, which is blocked in China.

Days later, he posted live video footage of the police coming to his home. He was then not heard of until his new video was posted on Wednesday.

The other two citizen journalists, Chen Qiushi and Fang Bin, who according to media reports posted footages of overwhelmed hospitals and corpses piled in a minibus, have not resurfaced publicly.

Chen’s mother said earlier he was missing while Fang also posted video of the police knocking on his door.

Chinese authorities made no public comment on any of the three.

U.S. congressman Jim Banks called in March 31 on the U.S. State Department to urge China to investigate the disappearance of the three.

Chinese foreign ministry spokeswoman Hua Chunying dismissed Banks’ call at the time, saying it was “totally based on trumped up messages and information”.

Li, in his new video posted on Wednesday, said police took him from his apartment in Wuhan on Feb. 26 and questioned him at a police station on suspicion of disrupting public order.

He said that after nearly 24 hours, the police station chief told him he would not be charged but must undergo quarantine because he had been to high-risk areas, such as a crematorium.

It is not clear why Li chose to post the new video recounting his experience, which he said was made on April 16, three weeks after his last quarantine ended.

In the YouTube video recorded in late February, moments before Li opened the door to let police in, the former state television employee spoke about his ambition to speak up on behalf of the people.

He also lamented what he said was a dearth of idealism among young people and used a euphemism to refer to student protests that led to a crackdown in Beijing’s Tiananmen Square in 1989, a taboo subject for China’s ruling Communist Party. (Reporting by Yew Lun Tian Editing by Tony Munroe, Robert Birsel)