Spain to let children out, aims for lockdown easing by late May 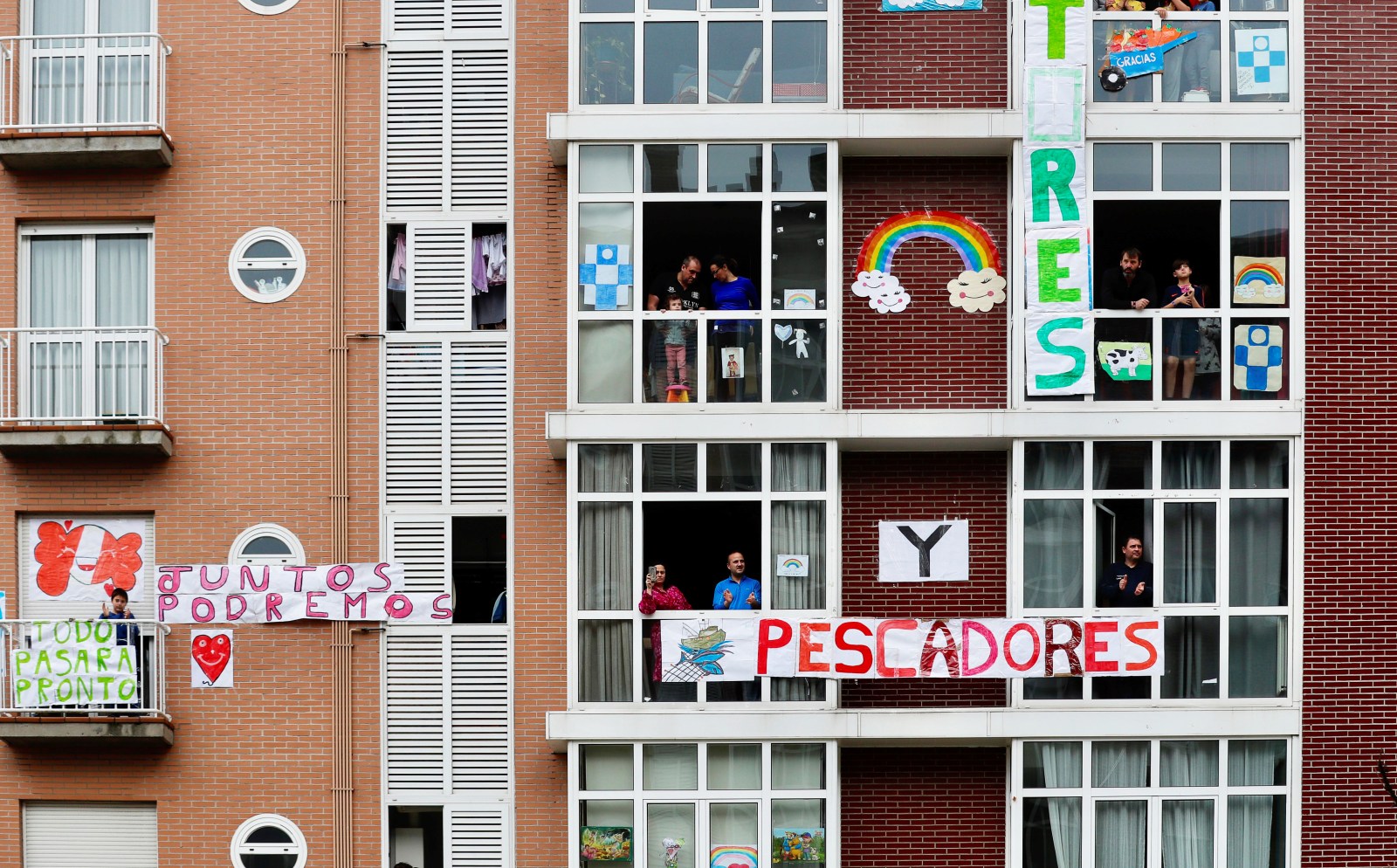 epa08376120 General view of decorated facades and balconies with messages supporting ranchers, farmers, and fishermen amid the ongoing coronavirus COVID-19 pandemic in Oviedo, northern Spain, 21 April 2020. The Spanish government declared the state of emergency on 14 March 2020 and the Mediterranean country has since been under strict lockdown in a bid to slow down the spread of the pandemic COVID-19 disease caused by the SARS-CoV-2 coronavirus. EPA-EFE/J.L. CEREIJIDO

MADRID, April 22 (Reuters) - Spain aims to begin winding down its coronavirus lockdown in the second half of May, Prime Minister Pedro Sanchez said on Wednesday, though restrictions could come back if the epidemic worsens again in one of the worst-hit nations.

With the world’s second most infections, more than 200,000, and Europe’s second highest death toll, 21,282, Spain has imposed one of the severest lockdowns, including a controversial bar on children leaving homes even for walks.

It has taken a few tentative easing steps, including allowing some workers to return from last week and giving permission for children to go outside from next weekend, but most restrictions remain in force.

With the epidemic seemingly having passed its peak, measures will be eased slowly and gradually to ensure safety, Sanchez said at a parliamentary session where he will ask lawmakers to extend the state of emergency until May 9.

“We will be going back-and-forth depending on how the pandemic evolves,” he said.

On Tuesday night, the government bowed to public pressure and said children under 14 would be able to take short walks outside under supervision.

The cabinet had initially said children would only be allowed to accompany parents to buy food or medicine, provoking criticism on social media and pot-banging protests on balconies.

“This is a government that listens,” said Health Minister Salvador Illa.

A sharp slowdown in infections has Spaniards optimistic their nightmare may be easing, and officials are turning their attention to restarting the flagging economy.

Carmaker Volkswagen’s Spanish unit SEAT, which employs around 15,000 people, said it plans to resume production from April 27 and aims to carry out 3,000 coronavirus tests a week on its workforce to minimize risk.

The crisis has also hit Spain’s vital tourism industry: on Tuesday the San Fermin bull-running fiesta in Pamplona was suspended for the first time in four decades. (Reporting by Emma Pinedo and Belén Carreño; Writing by Nathan Allen; Editing by Inti Landauro and Andrew Cawthorne)