If you think lockdown is bad, spare a thought for SA’s prisoners 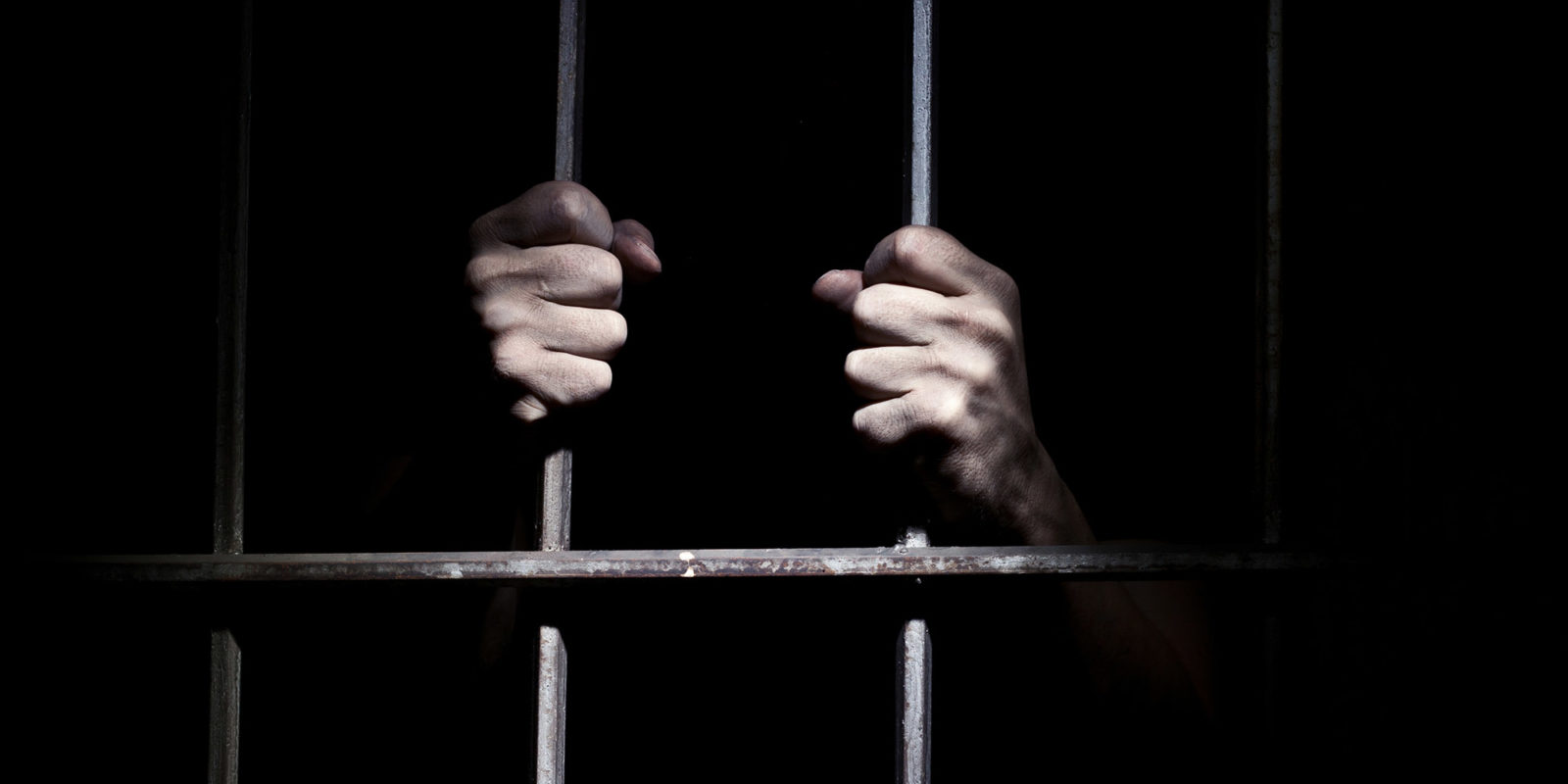 So far there have been 94 cases of Covid-19 recorded within correctional services facilities, half of which are inmates. (Photo: Adobestock)

Since the 21-day lockdown was extended by an extra two weeks, citizens have made representations for the president to loosen some restrictions on recreational activities, business dealings and other essential services. How more restless are those living in prison and confined to a small cell, who are now completely cut off from the outside world and their families?

A “stay at home order” means different things to different people living in South Africa. Confined to our homes, we are now experiencing the restlessness that comes with being held in one place. Some are restricted to their small apartments, while others are in crowded shacks and lucky few have a piece of land. For the most part, we are locked in with loved ones and have some access to the outside world.

For the 164,000 or so prisoners in South African prisons, on the other hand, a coronavirus lockdown is a different experience. The four walls of a prison cell are small, and in South Africa’s case, the cells are often overcrowded.

The Judicial Inspectorate for Correctional Services (JICS) – a prisons oversight institution – in its annual report, noted that the prison population remains overwhelmingly overcrowded with a national bed space of a little under 120,000 across the 243 facilities nationwide, leaving more than 45,000 inmates without proper accommodation.

On 20 March 2020, five days after President Cyril Ramaphosa announced the National State of Disaster, the Minister of Justice and Correctional Services, Ronald Lamola, announced, at a media briefing in Pretoria, the measures that the department was “currently implementing in all centres to protect offenders”.

These included sanitising and cleaning strategic areas across all centres, availing basic hygiene essentials to offenders and officials, distributing essential equipment such as gloves and masks, and “disinfecting keys and shackles”. And more stringently, prohibiting prison visits by family members and friends as well as suspending the parole boards.

The Department of Correctional Services (DCS) would also be “identifying isolation areas in all our centres,” added Lamola.

So far there have been 94 cases of Covid-19 recorded within correctional services facilities, half of which are inmates. Most of these cases are concentrated in one facility. Of the confirmed Covid-19 cases, 87 are at the East London Correctional Facility for Women and six are spread out across St Albans in Eastern Cape, Worcester Correctional Facility in the Western Cape, Kutama Sinthumule Private Facility in Limpopo and Warm Bokkeveld in the Western Cape. The DCS head office in Pretoria has recorded one case from a staff member.

Nationally, as of Monday 20 April, there were 3,158 confirmed Covid-19 cases and 54 people had died of the virus. While most people are able to self-quarantine at different homes, according to the justice minister, “infected prisoners” have “been placed in single cells on a separate quarantine site” of the prison.

This raises questions of whether this will not infringe on the UN Mandela Rules’ basic standards for the humane treatment of prisoners where prison isolation can be torturous.

Only after the National Institute for Communicable Diseases (NICD) conducted a mass screening at the East London centre on 8 and 9 April, was the DCS able to get a full grasp of the spread of the virus. However, according to Professor Salim Abdool Karim, a clinical infectious diseases epidemiologist, who spoke to Newzroom Afrika it takes about two weeks for an infected person to show symptoms. He said the confirmed cases so far are infections that occurred two weeks prior to testing, so the real current figures could be higher.

At the St Albans facility, 85 officials are waiting for their results. And at Worcester Correctional Facility, DSC is still conducting contact tracing. While this is going on, those who are under the care of the state for rehabilitation are stuck together with infected individuals in overcrowded cells and have to interact, daily, with prison officials.

During a prison visit to the East London Facility for Women, on 12 April, Lamola remarked how the spread of the virus initially began with a prison official “who tested positive” after having “attended a funeral where she interacted with people from overseas”. And when she came back to work, she came into contact with “30 officials” who were subsequently requested to self-quarantine while waiting for their test results.

On the outside, suspending basic civil liberties on the population to combat the pandemic might be frustrating to most citizens, but it is an entirely different matter from the more drastic change of daily routine for prison life. According to Africa Check, “problems plaguing SA prisons” include overcrowding, a lack of accurate prison data and transparency, the prevalence of infectious diseases such as TB, and human rights violation such as assault, torture and isolation.

Further precautionary measures to combat Covid-19 include the restriction of access to the courts, court precincts and justice service points and limiting the number of persons entering court buildings. And the number of trials are limited to urgent matters only. Concurrently, there are more than 46,000 inmates in remand awaiting trial.

These restrictions, although meant to protect prisoners, infringe on the rights of those waiting to argue their case in court. The high numbers of those awaiting trial, coupled with limited court functions during the lockdown mean that those in remand face longer periods in remand and risk exposure to the coronavirus while locked up.

Remand centres are a hotbed for respiratory illness transmissions. Most overcrowding in prisons happens in remand centres. In 2016, Sonke Gender Justice and Lawyers for Human Rights launched a court challenge against the “inhumane conditions suffered by detainees awaiting trial in Pollsmoor Remand Detention Facility”, after an inmate contracted TB.

Lawyers for Human Rights found that as of “24 October 2016, Pollsmoor Remand was operating at around 249% capacity”. According to Africa Check, after the Western Cape High Court ruled the conditions at the Pollsmoor prison unconstitutional, the department was able to reduce prison overcrowding to 149% – which is still uncomfortably high.

And although DCS has so far achieved an 83% TB cure rate within its facilities, the lockdown regulations will disrupt any programmes to stop TB infections amid overcrowding. These conditions – the lack of social distancing space and prevalence of a respiratory disease – are the perfect breeding ground for the spread of Covid-19, and substantially increase the numbers of those who are at risk of developing life-threatening complications from the virus due to weakened immune systems.

Any efforts to combat the pandemic in South Africa’s prisons will mean a serious disruption to the already limited prison infrastructure and further limits to the few privileges offenders are afforded on their journey to rehabilitation. It begs the question then, is DCS not one step behind the pandemic’s spread inside prison facilities? And is adequate personal protective equipment afforded not only to the prison officials but to the prisoners also?

Before any cases were discovered in the East London prison, the Department of Correctional Services had initially stated that:

“DCS reassures all officials that care for our staff remains one of our highest priorities. Every precaution is being taken to safeguard the department against the coronavirus and to ensure a safe working environment. This includes provision of the necessary tools to prevent the spread of the virus, and increasing protection in the workplace.”

The prison official who exposed inmates and other officials at the East London Correctional Female Facility subsequently became a super spreader – where one person spreads the virus to large groups of people at different social events and work space. And for prisoners, whose daily lives are dependent on their routine interaction with prison officials, the DCS is their only recourse for safety from the virus within the prison facilities.

At the St Albans facility, 85 officials are waiting for their results. And at Worcester Correctional Facility, DSC is still conducting contact tracing. While this is going on, those who are under the care of the state for rehabilitation are stuck together with infected individuals in overcrowded cells and have to interact, daily, with prison officials.

Further compounding the issue, the Judicial Inspectorate for Correctional Services, the institution responsible for carrying out prison oversight, has suspended all its prison visits during the lockdown. JICS has to, during the lockdown, depend on the department it is supposed to oversee for information regarding prison conditions. Without proper oversight, it’ll be difficult to know whether DCS is indeed complying with safety standards and preventative measures.

There have been recent reports, by Daily Dispatch, about prison officials feeling neglected by the DCS because they have not been provided with proper protective gear. Those who have tested positive for C0vid-19 report being told to self-quarantine at home or at a DCS guesthouse. The Eastern Cape-based media outlet reports that officials feel like they “have been left to die” by the Department of Correctional Services.

Further reports include a large crowd of prisoners in the Mdantsane Prison, in East London seen playing soccer outside in contravention of the lockdown regulations. It is understandable, of course, how hard it must be for those already living in prison to stick to the self-distancing rules and the “stay at home” order in their cells.

Since the 21-day lockdown was extended by an extra two weeks, citizens have made representations for the president to loosen some restrictions for recreational activities, business dealings and other essential services to continue.

How more restless are those living in prison and confined to a small cell with barely enough room to move around, who are now completely cut off from the outside world and their families? DM

This article was produced for the Wits Justice Project (WJP). Based in the journalism department of the University of the Witwatersrand, the WJP investigates human rights abuses and miscarriages of justice – including wrongful convictions – related to SA’s criminal justice system.

Defend the whistle-blower: UCT shoots the messenger, ignores the message

Open letter to university vice-chancellors: Adjust the entrance goalposts to allow for Covid-19

Toxic spray drift: The invisible clouds that can cause severe illness