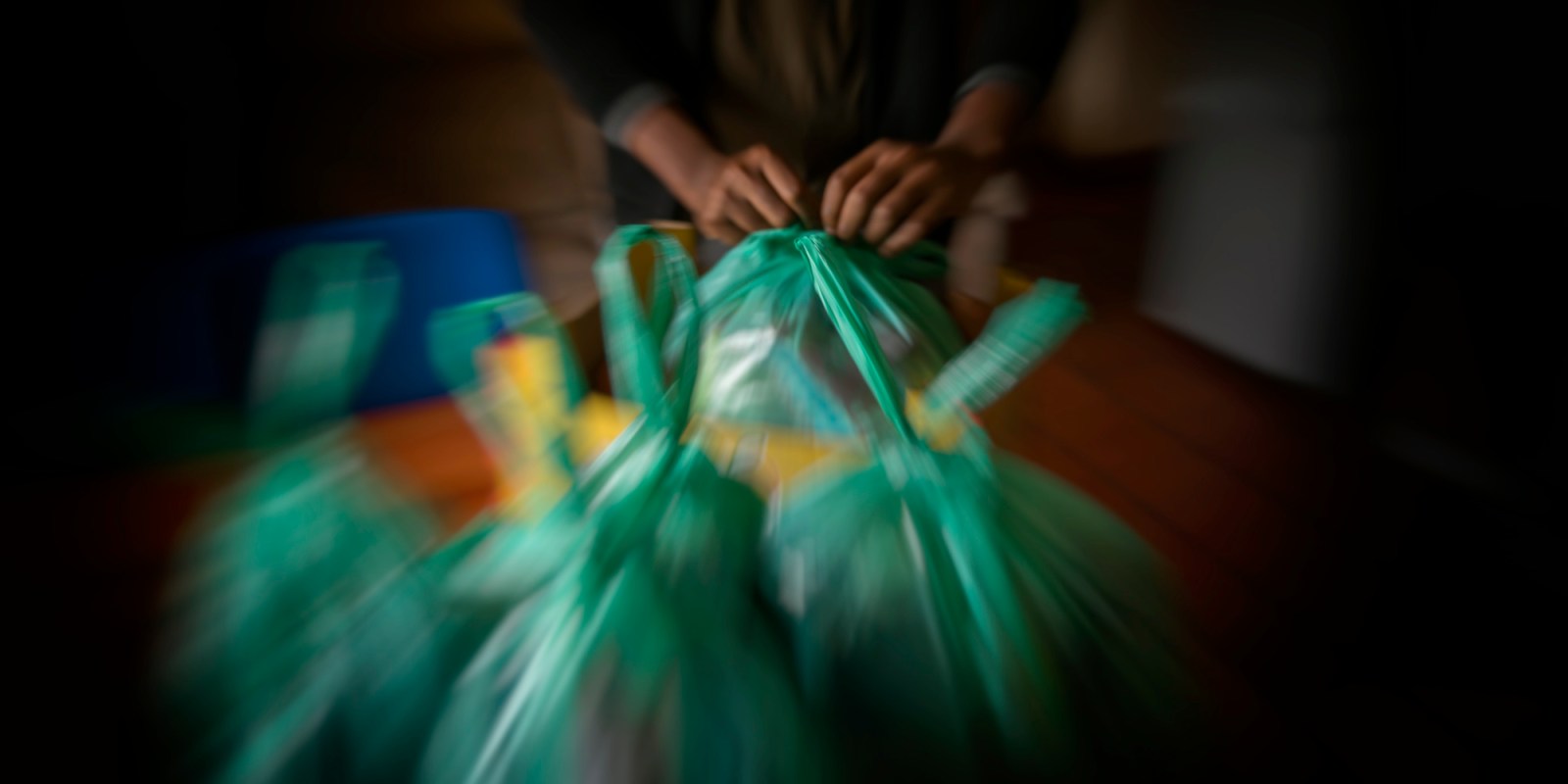 While the government is trying to scale up the provision of food relief across the country, analysts have said it simply does not have the capacity to meet the demand. (Photo: Gallo Images / Alet Pretorius)

Millions of people are going hungry during the lockdown and the government does not have the capacity to reach all in need. In Gauteng, the C19 People’s Coalition is one of the groups trying to fill the gaps.

Civil society organisations have banded together in Gauteng to support small-scale farmers and source and distribute food to the province’s most vulnerable residents, many of whom are suffering from hunger and may struggle to receive assistance from government programmes during the nationwide lockdown.

The Gauteng arm of the C19 People’s Coalition, an alliance of more than 250 civil society organisations established to help address the needs of the marginalised during the pandemic, has been working on a model to help feed those who are going without food, for whom hunger has become a more immediate concern than the risk of contracting Covid-19.

Bongani Xezwi, a Gauteng campaign organiser at Right2Know, has been leading the C19 Coalition’s food distribution programme in the province. The campaign was able to deliver 2,000 5kg bags of mealie meal to vulnerable households over two days last week.

While working in an informal settlement in Protea South last week, a man told Xezwi he believed he would die either from starvation during the lockdown or starvation later due to unemployment while the economy has ground to a halt.

“Either way, I’m going to die because of starvation,” he said.

According to Premier David Makhura, the Gauteng government is providing food packages to 2,000 households a day, but demand “far outstrips our current capacity”. Last week, he said 19,000 households had received food relief during the lockdown, reaching almost 100,000 people.

While the government is trying to scale up the provision of food relief across the country, analysts have said it simply does not have the capacity to meet the current demand.

It’s estimated that as many as three million people in the province might need help by May. The food crisis is already causing social unrest as reports emerge of people looting stores and food delivery vehicles.

Even as the government increases its provision of food relief, some of the most vulnerable could miss out due to the screening process involved in verifying claims for assistance. There have also been numerous allegations of councillors being involved in corruption and trying to use the distribution of food to win political support.

A statement from the C19 Coalition said:

“Measures to respond to the crisis tend to focus on those who are employed or who receive social grants, which leaves a significant number of people out of the process. In particular, these include the unemployed, destitute and marginalised households, the homeless and women.”

One of the coalition’s Gauteng organisers, Stephen Greenberg from the African Centre for Biodiversity, said:

“This is terrible. People have been locked down for three weeks and there’s no support in providing food,” said.

The coalition’s Professor Ruth Hall, from the University of Western Cape’s Institute of Poverty, Land and Agrarian Studies, told Newzroom Afrika on Monday that the country’s food system has long been divided.

Large-scale farmers, distributors and retailers have mostly continued operating during the lockdown while a large number of small-scale farmers and fisheries, many of whom are poor and black, have closed, said Hall. The poor are losing out as both consumers and producers.

The C19 Coalition in Gauteng has spent weeks contacting small-scale farmers and produce markets to identify where it could source food. It has also established partnerships with logistics companies to deliver food to identified district and metropolitan hotspots, led by team leaders, for volunteers to take it directly to people’s homes.

The focus has been on creating partnerships with small-scale and local organisations to maintain community-level economies rather than support large-scale producers that don’t feed funds back into local areas.

Volunteers drawn from existing community organisations have been working for the C19 Coalition to start identifying vulnerable households. Equipped with protective clothing, they have been going door-to-door in informal settlements to start creating a database of those who are most vulnerable, taking into account issues such as disability, employment status, income and the number of members of a household.

The coalition is working in 18 communities across the province, but plans to reach 50 as soon as possible. While it is presently sourcing mealie meal, it also plans to deliver fresh produce.

“Unfortunately, the biggest constraint at the moment is finances,” said Greenberg.

The coalition has raised more than R300,000 and is trying to crowdfund at least R2-million more. It has appointed the Seriti Institute to manage and disperse the funds. It’s also looking to the Solidarity Fund for resources.

The coalition is also planning to work with other groups including community action networks (CANs), a model which has been adopted in Gauteng after its success in Cape Town, where individuals organise in their neighbourhoods to identify community needs and address them through localised responses.

In his weekly letter on Monday, President Cyril Ramaphosa acknowledged the desperation created by food shortages. He condemned government officials alleged to have hoarded or sold food parcels meant for the poor.

“Alleviating hunger is not an act of charity. It is an imperative for any society that is founded on respect for human rights,” said the president.

There have been growing calls for the government to increase social grants and provide food vouchers to help vulnerable families cope during the lockdown. The C19 People’s Coalition has pushed for a broad increase in grants, as well as grants to be expanded to include a basic income grant for the unemployed.

Some people, however, are so marginalised they won’t be able to reach expanded grants or vouchers, making the expansion of food relief programmes a necessity. DM