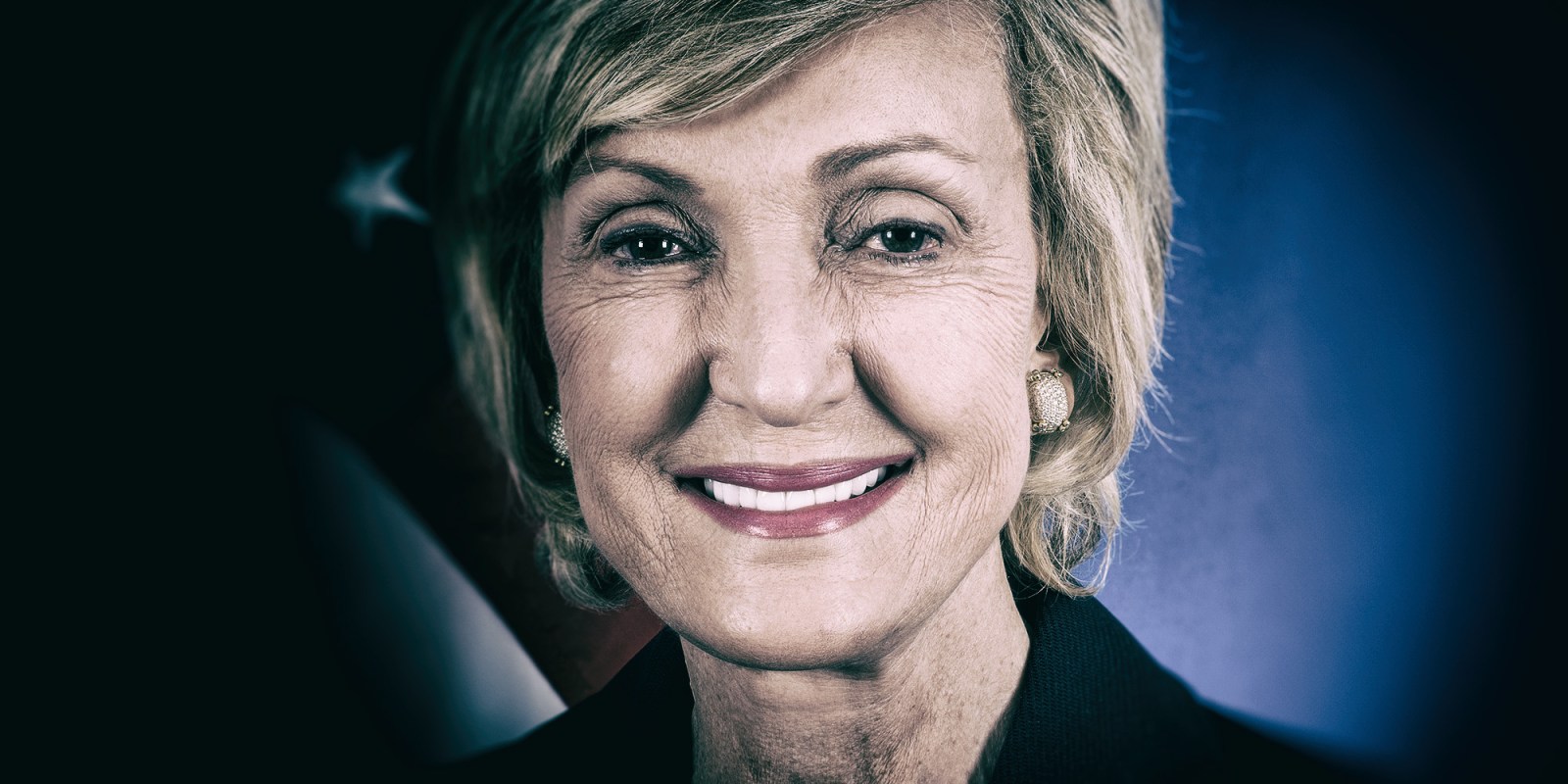 The new money will be routed through existing US Pepfar infrastructure for fighting HIV/Aids, allowing it to be deployed faster.

The US has just stepped up its financial assistance to South Africa’s anti-coronavirus campaign to $8.4-million (about R158-million) “And there are tranches coming every few days,” US ambassador to South Africa Lana Marks said.

She told Daily Maverick the money coming into South Africa was being allocated by the US Congress as part of the $508-million that the US government was giving to countries worldwide to help them fight the coronavirus pandemic.

The money for South Africa would be channelled through the existing “very advanced” infrastructure which the US already has in South Africa for its huge Pepfar programme which has already spent about R80-billion over the past 16 years fighting Aids in this country.

The US has just allocated another $523-million this year for Pepfar, the President’s Emergency Plan for Aids Relief, Marks said.

Funding for the Covid-19 response through Pepfar-funded partners in South Africa would build on existing infrastructure, allowing the Covid-19 money to be used right away and all resources to focus directly on the pandemic.

She said USAID — the US Agency for International Development — and the US Centres for Disease Control (CDC) based in Atlanta, was retraining 5,000 Pepfar health workers across South Africa so they could screen for the coronavirus while they were doing their existing door-to-door Aids monitoring work, such as ensuring patients were taking their antiretroviral medicines.

“They are doing that already so they are being trained in this arena so they can do both at the same time,” Marks explained.

The $8.4-million of Covid-19 money would be used to provide:

“The US is assessing at this time, together with the Minister of Health what South Africa needs going forward, through CDC and USAID and even our Department of Defence is involved. I had to sign off on that this past week, on all kinds of equipment to South Africa.”

But Marks stressed that the “pivoting” of America’s Pepfar assistance to Covid-19 did not mean diverting resources away from HIV/Aids.

“Not at all. They are integrally related because HIV folks are more susceptible to Covid-19 because of their condition. So the two are interrelated.”

Marks said she was unable to say how much money the US would eventually give to South Africa’s anti-Covid-19 efforts.

“It’s changing every few days. We are only quoting it as it is that day. That’s why I’m saying today it’s $8.4-million because every few days tranches of money are coming into South Africa. It’s an evolving figure, it’s increasing all the time.”

Marks, never one to understate her case, added that:

“In the history of mankind, may I say humbly, the greatest amount of money spent on any epidemic is by the United States on the global Pepfar programme. Since its inception the US has put science ahead of politics,” she added.

That seemed the right moment to ask her about President Donald Trump’s controversial decision this week to cut US funding to the World Health Organisation, pending an investigation of its response to the Covid-19 outbreak which Trump accused it of “severely mismanaging and covering up”.

The White House believes the WHO was too ready to believe China’s early assurances that the coronavirus could not be transmitted from humans to humans.

But even if there proves to be truth in these allegations, was it not irresponsible for Trump to cut millions of dollars of funding to the WHO in the middle of a pandemic, when the WHO is leading the global fight against it?

“It is just a halt for 60 to 90 days so that the facts can come out. The World Health Organisation commended China for their handling of Covid-19 when they had none of the facts. They delayed declaring it a pandemic which caused a significant delay in our own response.

“The World Health Organisation has been putting politics ahead of science and medicine. We need to spend time reviewing their response to Covid-19. There’s been a lack of transparency, there’s been all kinds of things…

“In the history of mankind, the most money and resources that have been spent tackling any epidemic has been through Pepfar, USAID and CDC, two organisations that are unparalleled in the world,” she repeated.

But if there was a need to investigate the WHO’s role, could it not have waited until after the pandemic had passed?

“It is the most generous partner and provider in the history of mankind. And that doesn’t mean because we’ve put a temporary halt on the WHO fund, it doesn’t mean we are not continuing with global support of all the nations of the world who have a Covid-19 problem. The US continues on with all its aid.

“And we just need to see the results of this investigation before we can determine how to proceed.”

But wasn’t it true, as many observers believe, that Trump is, in fact, playing politics, using China and the WHO as convenient scapegoats because he is being criticised in the US for his own slow response to the pandemic?

“Well let me say something in terms of the President of the United States. I was personally at the White House. And I can personally attest to how seriously President Trump and his team have been taking Covid-19 since the very beginning. He has Dr (Deborah) Birx who we all know for her excellent work at Pepfar. We have Dr (Anthony) Fauci heading up the team.

“They are excellent world-class scientists. Any recommendations they have made have been followed stringently by the president. In January the president declared Covid-19 a public health emergency and immediately suspended flights to China.

“And I will tell you how he is not using politics. I’ll give you an example if I may. President Trump has convened a committee to restart the economy in the US. And he has ensured that this committee is completely bipartisan. Which really shows the incredible leadership of President Trump and his care of the American people, before politics.”

But is he not playing politics by inciting citizens of Michigan, Minnesota and Virginia to revolt against the strict lockdown measures of their Democratic Party governors, by tweeting, for example, “Liberate Minnesota!”?

“If you pick a fight with the president, this president is not going to shy away from responding,” Marks replies. “He’s a president who bases everything he does on fact. So he’s immensely supportive of the states but he bases things on facts, not on rhetoric.

“So for example with New York state, with California state, the governors, anything those states have asked for, and they’re both Democratic governors, the president has not only arranged, but he has done so immediately, that second.

“And the federal government has to take into consideration the needs of all 50 states. And if a particular governor doesn’t know how many respirators or PPEs they have, they can’t just blindly ask for resources that another state may desperately need. So President Trump bases things on facts. May I humbly reverse that and say, the Michigan, Minnesota and Virginia governors, they were being political.”

But how were those governors being political?

Is the US going to respond to the African Union’s appeal to the international community for $100-billion to fight the pandemic as well as the huge anticipated economic damage it’s expected to cause?

“Well, I believe the request has been made to the international bodies. And it’s a balancing act. The US has always been involved economically in the whole of Africa and South Africa. And may I say humbly the US will always help South Africa and Africa superbly.”

Marks also thanked Ramaphosa as well as his ministers of international relations, transport, health and police for their “extraordinary co-operation” in the very complicated logistical exercise of repatriating about 900 American citizens from South Africa and neighbouring states in three flights over the past few weeks — while avoiding any coronavirus infections. DM