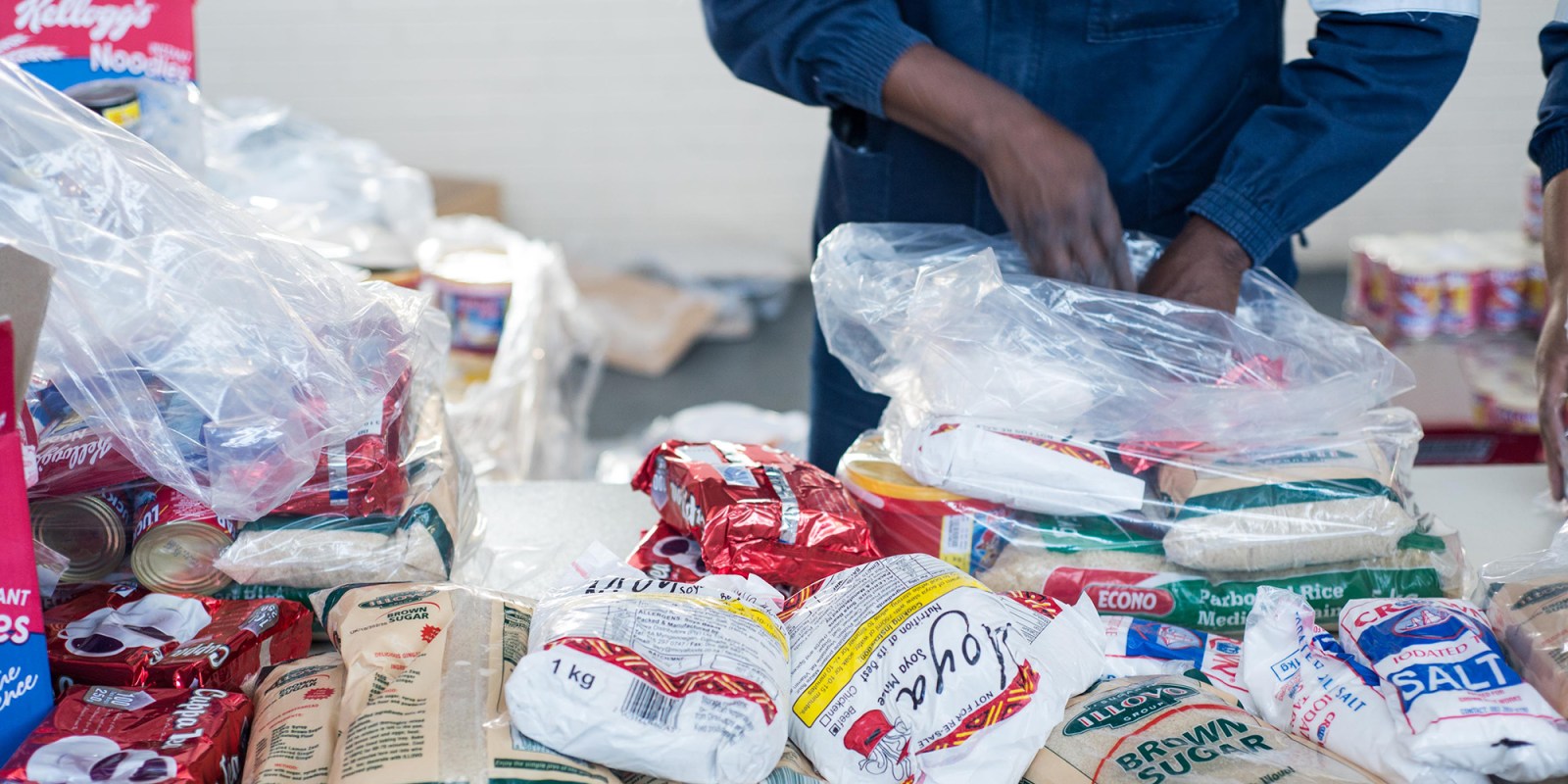 Two trucks loaded with food parcels for vulnerable communities were stoned and robbed in Cape Town’s Bonteheuwel in what appears to be orchestrated heists.

Desperation and hunger in the time of Covid-19 has seen looting from shops and liquor stores and now trucks transporting food have been targeted by criminals.

A Checkers delivery truck, as well as another vehicle, were ambushed in Robert Sobukwe Drive, Cape Town on Tuesday 20 April. A driver and an assistant in one of the trucks were injured.

The vehicle had been brought to a stop by barricades placed across Robert Sobukwe Drive, and, once halted, was pelted with stones. Witnesses said a crowd gathered and stormed the truck, tearing open the doors and flinging out the food parcels.

The second heist took place an hour after the first.

Some Bonteheuwel residents blamed “criminal elements” for the heists, claiming that some of the food had been sold for drug money.

Concerned residents expressed fears that the incidents could have a ripple effect and hamper the delivery of food parcels to communities. Residents reported that a truck transporting fish oil had been ambushed the previous week.

Local ward councillor Angus McKenzie condemned the looting and said it benefited only criminals. He called for police intelligence to be sharpened to avoid further incidents of this type of crime.

Activist Venetia Orgill of Discover your Power said: “Delivering food to the poorest of the poor can be very dangerous at times. You arrive in areas with people standing in long queues and at times tempers flare up, which endangers my own life.”

She said that she had been forced to pack up and leave Tafelsig recently “when hungry people couldn’t wait for the food to be dished out”.

She said it was dangerous for volunteers and NGOs attempting to reach out to communities.

“My concern is that the truck incident in Bonteheuwel could spill over and become a much bigger problem,” she said.

Gidon Novick, of  SA Harvest, which is supplying food to beneficiary organisations in Cape Town and Gauteng, said the truck looting had shifted attention to security.

“We mainly provide food to beneficiaries’ organisations and now we have to make sure that the recipients we go to have proper security in place. It is concerning for everyone delivering and supplying food,” he said.

However, the NGO’s main focus would remain delivering food to organisations.

Meanwhile, Barbara van Bo, who lives in Atlantis and is part of a feeding scheme at Dura Flats, said she too battled gangsterism and crime. Van Bo said she felt an obligation to feed the hungry in spite of these risks.

Western Cape Community Safety MEC Albert Fritz condemned the looting and said it would not be tolerated.

“I urge all our residents to abide by the law and call on anyone with information which could assist SAPS in their investigation to immediately come forward and report such,” he said.

Police spokesperson Noloyiso Rwexana said a case of malicious damage to property had been opened. DM