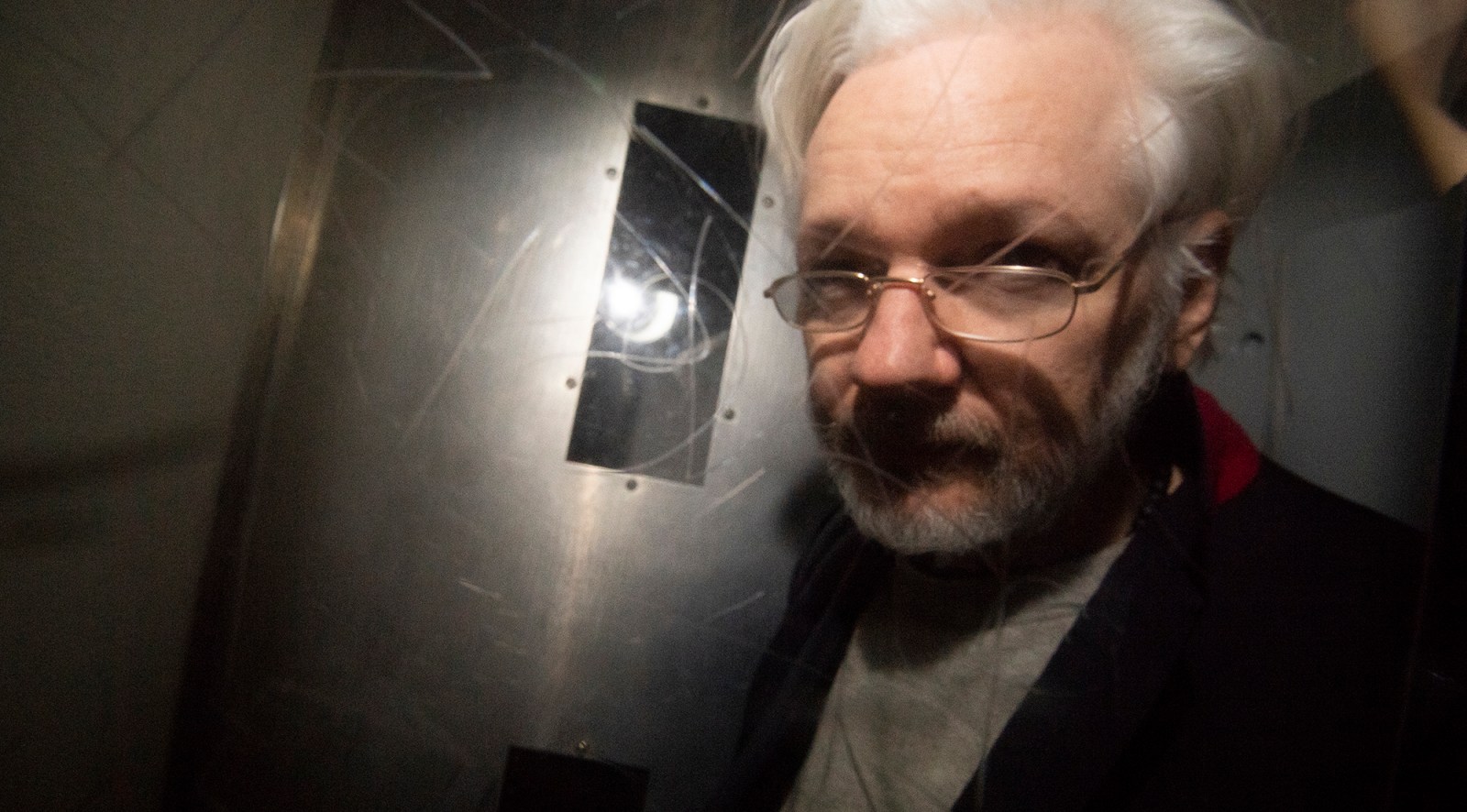 Ahead of the exhibition ‘Interior/Exterior & Dramatis Personae’, artist Athi-Patra Ruga is going digital to share the process behind his fantastical imaginings of Azania, a utopian Queer African paradise.

Athi-Patra Ruga is a mythmaker of distinction. The 36-year-old interdisciplinary artist, represented by WHATIFTHEWORLD gallery in Cape Town, builds nations and narratives with an artistic practice that stretches across media. Using performance, photography, sculpture, tapestry, fashion, film and stained glass, he realises the fantasy of Azania, an alternate African reality unburdened by colonisation and heteropatriarchy. This imagined space is utopian, flamboyant and psychedelic. It is expressly Black, Queer and Femme, populated only by women, luscious flora and wildlife with dazzling hides.

Ruga, a self-professed storyteller and showman, works in series and sagas, his futuristic visions expanding gradually over time and media. The latest episode of the Azanian mythos is a two-parter: Interior/Exterior and Dramatis Personae. The exhibition was meant to open at the gallery on April 8 – until the global pandemic and national shutdown got in the way. But Ruga insists the show must go on; as an artist with intent on nonlinear ideas unfixed by conventions of time and geography, it was somewhat apt that we met on Zoom, the liminal space of the moment, to discuss his newest project and the decision to begin “titillating the audience” with an initial online release of the work and the processes behind it.

On a visit years ago to St Philip’s Anglican Church in Gompo, East London, where his brother worships, Ruga saw a stained glass window depicting the Annunciation and dedicated to the late Archdeacon Mzikazi Mfenyana.

“This one was so fascinating, the Angel Gabriel and the Virgin Mary were Black,” he says. “I found that to be so beautiful; to go to an iconic black church and see myself reflected through this divine light.”

It was then that he decided to begin deifying his characters in glass.

“I knew that deifying the Blacks, the Queers, the Femmes would be what true art is: to dignify and enrich the experience of those who are depicted. Hopefully dignity is something that is restored once one sees themselves in the picture.”

“In churches you see Arcadia, the idea of heaven, paradise, the New Jerusalem, and it’s always established in stained glass windows.”

Through this medium with centuries-old prestige, Interior/Exterior sanctifies those historically left at the margins of society. The Arcadian promises on which nations are built demand protection, accomplished with systems of inclusion and discriminatory exclusion.

“This person belongs inside, that person belongs outside,” Ruga says of this process in its historical, contemporary and futuristic manifestations. “In many nationalistic acts the Black, Queer, Femme experience has always been put in the exterior. My job is to work with this mythological Azania, to decorate it and acknowledge those that have been forgotten, those that have been silenced. I don’t believe in ‘the voiceless,’ I believe people are silenced.”

In the ominous teaser trailer to this first half of the saga, Ruga, in a glittering turtleneck, appears and disappears in a transcendental haze of red light, chanting “to bring the outside in, to bring the outside in”. His voice echoes over itself, intensifying before the warbling exultations of a Xhosa church choir drown it out. Another nod to his fascination with theology and the fluidity of syncretic South African religious practices where Christianity is doubly spiritual and political; both a product of colonisation, and a mode of indigenous resistance and self-preservation.

The second portion of the saga is Dramatis Personae (Latin for “characters”) and an introduction to the newest set of figures in Athi-Patra Ruga’s pantheon.

We meet the curious cast in Azania City 2024, most notably Nomalizo Khwezi, Ruga’s avatar and the child prodigy in charge of propaganda and textbooks at Lovedale Press. What’s more, her double consciousness is occupied by people both fictional and factual including Noni Jabavu, renowned South African author and the nation’s first black woman autobiographer. Bending history and fiction, Dramatis Personae consists of tapestries as intricately sewn as Ruga’s near-future narratives. These are part of his Lunar Songbook Cycle (2018-), a “transmedia” project that begins in the gallery and culminates on the silver screen.

“Setting things in the future is parodying the idea of freedom coming tomorrow, it’s always happening tomorrow so it becomes perpetual, nauseatingly so. But also I’m giving people a chance, in writing these moral tales, to reflect on the deadline. How good are you gonna be in 2024?”

Hopefully, at the 30th anniversary of a liberated South Africa and the seventh general election, things will be better than the 2012 textbook crisis that inspired Nomalizo. This alter ego is additionally informed in the real-life setting of Lovedale Press, the most prolific publisher of Xhosa language literature. The now-faltering press in Alice is just down the mountain from Hogsback where Ruga is currently self-isolating and working on paintings and tapestries.

“I breathe in the area that Nomalizo is in,” he says, further blurring the line between reality and fantasy, history and future.

Though the exhibition is postponed, Ruga is unshaken as he begins to release the work online. He is adamant, however, that this is not a digital exhibition but a chance to share the process behind the work before it is safe to stand face-to-face with it in the gallery.

“My work is performance, tapestries, sculpture, stained glass; very very tactile, sensual and textural. No camera, no pixels could do justice to standing in front of a work that depends on texture to be appreciated, or depends on light in relationship to your body. For me, the ultimate thing is the physical audience, it is imperative that they go and stand in front of the work.”

Virtual space is comfortable to Ruga. The dedicated @aprpresents accounts – on Instagram, Twitter, YouTube, Tumblr, and Facebook – that he is using for this latest saga are nothing new to him. From the start of his career social media has played a critical role in fostering community and audience around his art.

“I’ve always had presence online, I was making a joke with a friend yesterday that I’ve always been trending,” Ruga laughs, explaining how he and other young South African artists like photographer Nontsikelelo “Lolo” Veleko and musician Spoek Mathambo all came up on Myspace in the mid-noughties.

“We got discovered not by an internal system of art or an esoteric, industry kind of thing, but because we had a critical mass on our side. It became such an incredible opportunity for us, as multimedia artists, to grow our audience, not only the client audience but the audience audience.”

This distinction is essential for Ruga, who repeatedly asks himself who the work is for. Yes, there are the market actors, the collectors and the flippers, but there is also a highly deliberate community that catalyses the artwork as well as the matric students who find Ruga in their syllabi. This web-based, process-oriented phase of Interior/Exterior and Dramatis Personae is a generous, 360°-view of what the art is about, allowing its nuances to come to the fore.

“Good art is about giving dignity to the place where you got the stories, and I use my art to dignify, to console, to beautify, to deify people from that community which is deliberate in its existence. Deliberately Black, deliberately Queer, deliberately Femme. Most of the time they operate from social media. Every day Black Twitter… shit, that’s where I live.”

Social media gives a certain autonomy to the artist and his archive. He understands it as a medium all its own and champions its capacity to democratise the work: it is, he says, “the last punch in the gut of exclusivity”. Once derided by the art establishment as a low, substandard way of displaying art, Instagram and other platforms are now being adopted, hastily and effectively, by museums and galleries whose in-person operations have been halted by the shutdown.

“This is something they were supposed to do a long time ago,” Ruga notes, “I won’t thank any fish for swimming… yet.”

While he is holding his own at this unconventional time, the artist does miss his studio and the team who are protecting one another by working remotely. It is also a priority that his master craftsmen and assistant have their salaries paid on time.

“Studio is a praxis for all of us, it’s one of our rituals, so I miss it emotionally. However, I treasure life more than anything: what stories will I tell if there aren’t any people alive?”

To end our conversation, I ask how this Covid-19 dystopia might play out in the paradise of Azania. Ruga ponders a moment and says that the virus would function as a divine signal, a warning to reconsider the ways we live and abuse the earth.

“But, of course, Azania is the utopia so health is something that is there, there is no suffering.”

When such confidence can be securely felt in South Africa, the exhibition will be ready for audiences to experience in-person.

“I cannot wait for us all to get back together again. I’m a showman, so I want that opportunity to rock you.” DM/ML