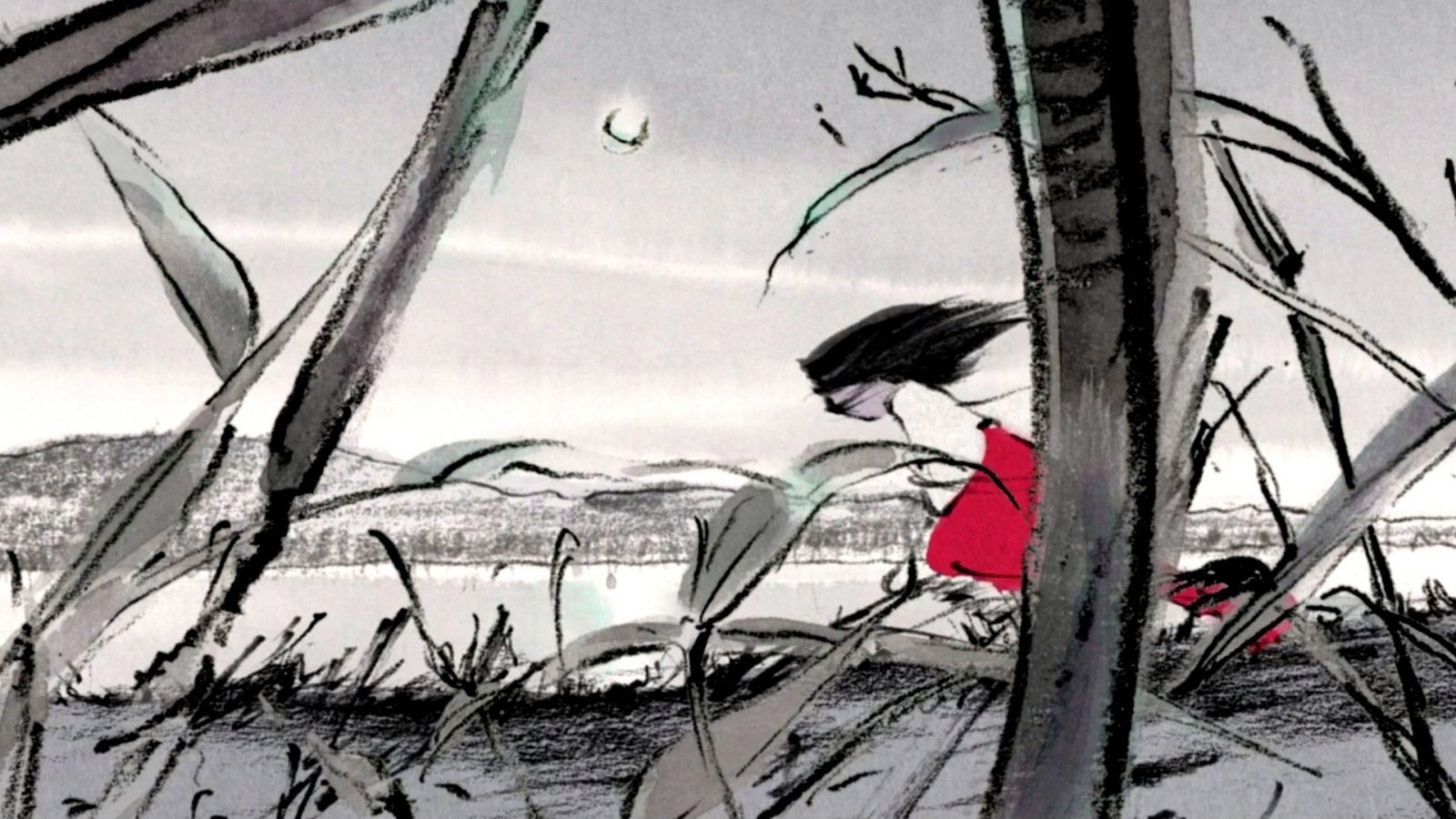 Many of us now have the time to think and feel as deeply as we usually ought to. Breeze into a painted minimalist poem about the fleeting beauty of life, composed by the legendary Studio Ghibli.

Toxic jungles and furry forest spirits. Ancient boar gods and castles in the sky. Few worlds have been conceived as magical and magnificent as those of Studio Ghibli films. Japanese animation tycoon and cult figure Hayao Miyazaki has propelled the studio to legendary status. His films are the gold standard for animation. Titles like Princess Mononoke and Spirited Away blasted through the stratosphere of our expectations, raising the bar and challenging prejudices towards the medium.

Maybe you aren’t interested in animated fantasy tales of moving castles, but if you have never had the pleasure of watching a Miyazaki film, you should give one a go anyway – if nothing else, the imagery and sophisticated stylistic direction will likely surprise you. Although some of Miyazaki’s films are suitable for children, his international following is made up primarily of adults.

Miyazaki’s films are well-known and well-watched. A large selection of Studio Ghibli films were added to the South African Netflix collection just before lockdown began, so at this moment in particular, many South Africans are escaping into these unimaginable worlds for the first time, or rediscovering them.

Critics have revered Miyazaki’s films for decades, so we shan’t swoon any further, but Hayao Miyazaki is not synonymous with Studio Ghibli. The Studio has produced lesser-known masterpieces from other directors. In December 2019, Maverick Life reviewed a film called The Red Turtle which was co-produced by Studio Ghibli, in an edition on animation for grown-ups. This weekend, we’re watching a similarly breathtaking Ghibli film, with all the gentle grace and subtlety of whispered haiku.

The Tale Of Princess Kaguya

As a child, Isao Takahata, who co-founded Studio Ghibli with Miyazaki, read The Tale Of The Bamboo Cutter, a 10th century Japanese folklore story. Although he found it beautiful and imaginative, he thought it such a shame that the protagonist herself was so difficult to relate to, trapped on her pedestal, idolised and dehumanised. His adaptation of this tale flips that problem on its head, turning it into the very focus of the story. The Tale Of Princess Kaguya tells the same story, but from her perspective.

You are plunged into the vague distant past; into a dazzling minimalist oil painting, flickering with life; into another reality and frame of mind in which it does not matter whether something is possible, only how it makes you feel. Takahata savours the smallest moments, a trademark feature of Ghibli films, which makes them so immersive and touching. You are encouraged to notice the tiniest details.

Princess Kaguya herself seems a metaphor for human life. She is brought suddenly into this world and grows so quickly that before you know it, her time is up. What is the point of it all? That, as always, is the question Takahata poses to us. The passing of time and the fleeting nature of life are the blood which runs through Kaguya’s veins.

When Kaguya is born, she is but a tiny budha-like figure in the heart of a bamboo shoot. A bamboo cutter finds her there and when the bewildered man gets her home, she grows before his very eyes, quick as bamboo. There is a comedic edge to the bamboo cutter’s blasé attitude towards and willingness to accept the occurrence of things which are impossible, deciding stubbornly that they are miracles from heaven and that’s that. This is a way in which Takahata encourages the audience not to worry about whether something’s possible and how it works, just go with the flow and take it in.

The movie matures with the princess herself, beginning as a child’s fairy tale, blossoming into angst and drama, and finally coming to rest as a bittersweet allegory. As the movie moves with the princess’s life, so too the animation moves with her mood, transcending from wistful oil painting, through textured pastel, erupting into stark charcoal and all the way back again.

When the bamboo cutter finds gold and refined cloth in a bamboo tree, just like he did with the princess, he understands it to be a message from the heavens that he is to take her from his rough, simple life into a life of refinement and nobility, and in his search for “a better life” for his princess, he squashes her spirit. She is subjected to all manor of outlandish dehumanising rituals, which are expected of her as a member of traditional elite society. Confined to her knees, her eyebrows plucked, her teeth painted, her freedom stolen.

Takahata’s message in the film relates to his very first feelings of disconnectedness to the idealised princess: That what it means to live a meaningful life is not what society expects it to be. That there is value in humility, and a humble lifestyle slow enough to actually take in where you are. The Tale Of Princess Kaguya is a poem about life, illustrated in a moving oil painting. DM/ML