Should alcohol, tobacco and outdoor exercise be banned? 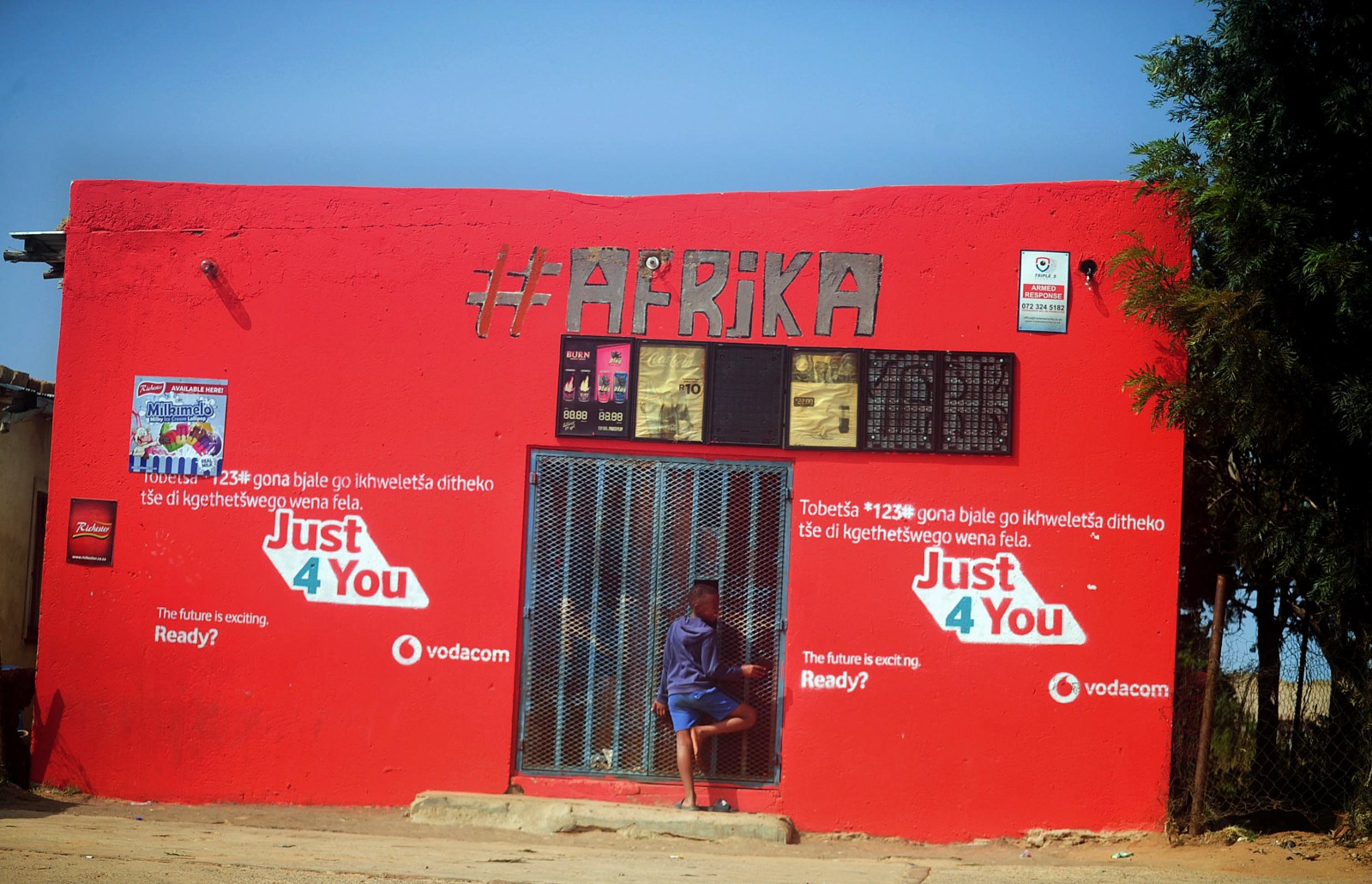 A child waits to be served at a spaza shop in Ga-Mothapo near Polokwane, Limpopo province. Spaza shops remain the closest points where rural communities can buy daily provisions such as bread during the lockdown. (Photo: Lucas Ledwaba / Mukurukuru Media)

The already fraught relationship between the public and state is being challenged by the imposition of regulations that limit our personal freedoms. Most of these regulations have been welcomed as necessary to fight Covid-19. But others, such as the bans on alcohol, tobacco and outdoor exercise, have been less celebrated. As the state decides whether or not to proceed with these regulations, there is a lot at stake.

There are no easy answers during Covid-19. Every South African has their own opinion on how to deal with the crisis, which makes it even more important that we have strong and reasonable leadership from our government to see us through to the end. Therefore, the state is not only being entrusted with the basic survival of our people and the economy, but also with the social and psychological wellbeing of our country.

South Africans across the board are experiencing unprecedented trauma. As clinical psychologist Liezl van Rooyen explains, “the effect of the Covid-19 pandemic filters through to the core fabric of our social and psychological selves – the nature and extent of its effect being determined by social class and privilege.”

Beyond the limitations on movement and economic activity, the banning of alcohol, tobacco and outdoor exercise, has greatly impacted South Africans’ lifestyles. The ability to deal with these limitations has mostly depended on income level – as those with the means to do so have stockpiled alcohol and tobacco, while those with enough space in their houses have been able to exercise.

It is probable that for those South Africans who depend on either alcohol, tobacco or outdoor exercise as a psychological coping mechanism, have found the bans severely challenging at this traumatic time.

“Although one can appreciate the need for minimising risk of abuse and its effect, and transmission of the virus, one should consider that the dependence on a substance or even the use of more constructive forms of “coping”, like outdoor exercise, is a very personal matter,” says van Rooyen.

Weighing up the pros and cons of the ban on tobacco and alcohol is complex. South Africa remains one of few countries that have opted to ban substances in response to Covid-19. In fact, it could seem like a rash decision that disregards both the daily contribution of the alcohol and tobacco industries to the fiscus – the estimated loss for 2020 is R14.4-billion, as well as the inability of the state to stop illegal trade and the looting of shops.

Since the ban was implemented, many South Africans have continued to drink and smoke during the lockdown, either by stockpiling, engaging in illegal trade, or preparing homebrewed alcoholic beverages. Even members of the police have engaged in the illegal trade of alcohol.

Dr Neil Horn, a private psychiatrist at an addiction treatment centre in Cape Town, says it is important to distinguish between tobacco and alcohol. Tobacco is not intoxicating, but is more addictive than alcohol and it leads to severe irritability and agitation on withdrawal.

The ban on tobacco is therefore “compounding a very difficult situation” and is “driving the divide between the haves and the have-nots”. Moreover, addicts may be likely to start smoking other, intoxicating substances. Horn believes the ban on tobacco was overall a bad idea.

Dr Hermann Reuter, a health activist working in George, is less critical of the ban on tobacco that kills 50% of those that use it, noting that “there are no physical harms involved when one stops smoking”.

He says that while stopping cold-turkey is not the best way to stop smoking, the ban could be used as an opportunity to join a programme such as those offered by his organisation SAHARA, that uses evidence-based medication or nicotine replacement, on which there is no ban. However, Reuter says he would prefer it if the Department of Health provided these.

The ban on alcohol is more complicated, says Horn. Alcohol-related incidents usually account for the majority of emergency room admissions, which have dropped drastically since the ban.

Reuter says that the “benefit of the ban is remarkable at society level”, noting that George Hospital has seen minimal alcohol-related admissions – “opening up many doctors and beds for potential Covid-19 admissions”.

A major concern raised in the media when the ban was announced, was that those addicted to alcohol will experience severe withdrawal symptoms. But both Reuter and Horn note that the majority of alcohol consumers are binge-drinkers who only drink on weekends, meaning that their bodies are used to withdrawing, and the benefits on mental health have outweighed such consequences.

Horn suggests that bars and shebeens remain closed and that the most intoxicating alcohol products, such as hard spirits, remain limited. Reuter calls on the health department to immediately make treatment and medication available for those addicted to tobacco, alcohol and opioids.

While the alcohol and tobacco bans have certainly been unpopular, it seems that they have the potential to have long lasting positive effects. However, this would require careful and thoughtful implementation, with a consideration for both the psychological and medical effects.

The ban on outdoor exercise seems to be less complex, having caused heated discussion and speculation about the rationale, albeit mostly in privileged circles. But it is important to remember that outdoor exercise plays a crucial part in the socio-psycho-biological health of all South Africans.

In Khayelitsha, for example, early morning joggers can still be seen, with law enforcement officers turning a blind eye. Children continue to play soccer in the streets. The state may decide on a more heavy-handed approach to policing this activity as the virus spreads.

Thembisile Gamzana, chairperson of the Khayelitsha sports council, says that overall, residents have been adhering to the lockdown regulations and there are fewer joggers on the roads. But he explains that many who used to depend on physical exercise as a pastime, are now forced to make do with their small living quarters, which are mostly shared with upwards of six people.

Most countries have not banned outdoor exercise: the UK has classified it an “essential activity”, while Paris has restricted exercise to morning and evening hours. The risk of transmission while exercising outdoors and practising social distancing is very low. But Health Minister Zwele Mkhize has said that permitting outdoor exercise “does not add any value in implementing the lockdown”.

According to Dr Andrew Lewis, an educational psychologist specialising in sport psychology, “physical exercise allows us to develop a healthy way of living, both physically and mentally … [creating] ‘feel-good’ emotion in the brain which alleviates, amongst others, negative anxiety and depression.”

The lack of physical exercise may add to the anger and anxiety that South Africans already experience during the lockdown. Lewis notes that the ban “may cause people to feel that they cannot get on with their normal outdoor exercise lives and this sense of freedom is being restricted. This restriction may cause anger in some.”

Exercising during lockdown is vital and all South Africans should be allowed to do so. Liezl van Rooyen explains that “incorporating a form of exercise during lockdown, even in a very basic form, may serve to build a sense of continuity and healthy routing, which in turn could foster a sense of mastery, goal-directedness and degree of stability … in this time.”

Horn notes that it is impractical to exercise indoors during lockdown unless one has enough space. The risk of transmission while exercising outdoors and practising social distancing, is very low. The ban is “absurd,” says Horn, and “has no rationale and virtually no precedent”.

In addition to physical exercise, Gamzana stresses the need for the promotion of healthy lifestyles, even after lockdown. “Life is not going to be the same,” he says, as he aims to advocate for good hygiene, diet and exercise in his community.

The impact of the lockdown has had significant impacts on the psychological health of all South Africans, some more than others and in different ways. What seems to be most clear is that any intervention during the fight against Covid-19, should be considered and supported more carefully than they have been so far.

The state is in a tricky position, not only as it balances economic impact with its Covid-19 response, but also as it increasingly becomes the custodian of our country’s mental and physical health.

As we continue in a time of isolation and limitation, a focus on universal, bottom-up and evidence-based interventions, rather than the indifferent imposition of state power, is imperative. DM/MC

Daniel Steyn is a filmmaker-writer from Cape Town, inspired by stories of activism, change and courage.