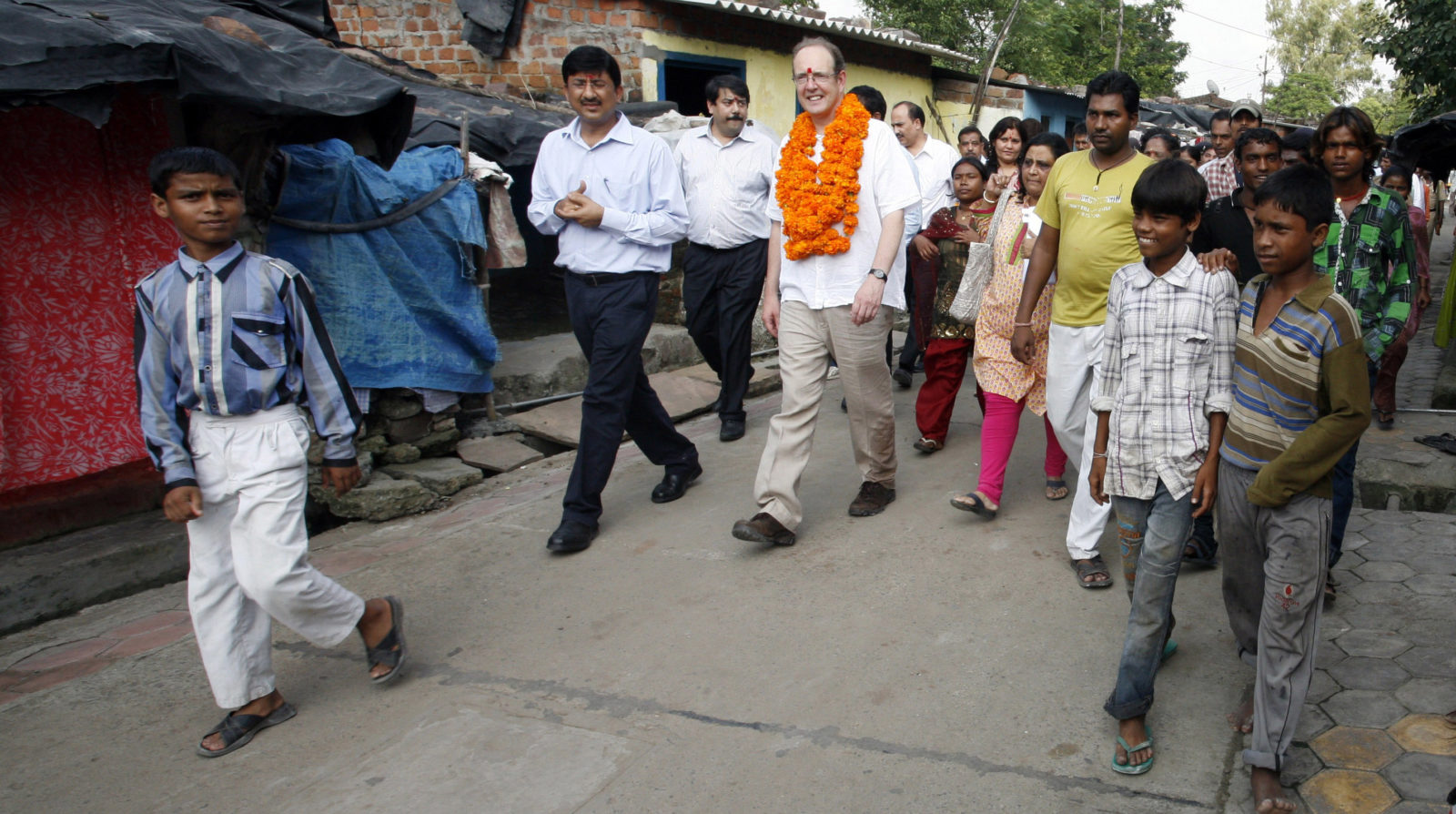 British aid sponsors private hospitals for better-off patients from India to Zimbabwe, risking diverting doctors and money away from treating poorer patients who will be hardest hit by the coronavirus pandemic.

The policy is controversial since privatisation usually weakens government services by offering cash subsidies and tax breaks to private providers, reduces state funding and draws doctors and nurses away from public services.

The concern now is that the policy may have undermined the ability of public health services to cope with the coronavirus pandemic.

The UK allocates much of its 2018 health spending of £1.32-billion to support public health programmes in developing countries and is one of the largest state funders of health in the world. However, DFID’s private sector arm, CDC, has received increasing amounts of aid funds since 2017.

CDC’s mission is to invest in private-sector projects in Africa and Asia to create jobs and promote sustainable development. However, some of its investments can exclude the poorest people.

For example, CDC invests in an “upmarket hospital” in Zimbabwe which “continues to attract the country’s political elite and foreigners” and in CARE Hospital Group, India’s fifth-largest private hospital provider, which aims to provide “affordable tertiary services” to India’s “emerging middle class”.

Other investees include Nu Cosmetic Clinic, a surgery in India whose parent company owns 20 similar clinics in the UK and a planned investment in STS Holdings, which operates a “private sector for-profit corporate hospital” in Dhaka, Bangladesh.

But CDC’s role has been predominantly to invest in existing, well-financed chains running for a profit.

Narayana Health, a private health company with 6,000 beds across India, received an investment from CDC shortly before it went public in 2015 and saw its share price rise 35% on listing day. However, such investments do not always ensure a secure return. CDC ploughed $75-million into the Dubai-based Abraaj Growth Markets Health Fund, which has now collapsed amid allegations of misappropriation of funds by its CEO Arif Naqvi, described by the Economist as the “biggest collapse in private-equity history”.

Private health companies could work in the public interest in response to Covid-19. Skanray Technologies, a ventilator manufacturer in which CDC invests, may be able to help meet the worrying shortfall in intensive care equipment in India, for example. But for this to happen, private companies would need to drastically cut their prices or be forced into new ways of working by governments.

From 2010 to 2018, DFID contributed £35-million to a new scheme to promote private healthcare providers in Africa known as HANSHEP — Harnessing non-state actors for better health for the poor. Although this involved relatively small amounts of aid money, its main purpose was to encourage countries to revise policies to facilitate the private provision of services. DFID promotes private education in developing countries for similar purposes.

When the UK’s National Health Service (NHS) was created in 1948, Aneurin Bevan stated that in order to bring private GPs into the system he had “stuffed their mouths with gold”. In the wake of Covid-19, however,  where states need to prioritise their focus.

The Covid-19 crisis demonstrates the need for properly funded and co-ordinated public health systems that are accessible, free to all and are able to prevent and respond to health emergencies. However, as the number of coronavirus cases and deaths is set to rise rapidly across the global south in the coming weeks, many public health systems are simply unprepared to deal with the crisis.

While the UK has 28 doctors per 10,000 people, even relatively rich developing countries have a small fraction of that, with nine doctors per 10,000 people in South Africa and eight in India. The Central African Republic has only three ventilators for a population of five million people. Governments in Angola, Côte d’Ivoire, Mozambique and South Sudan have told the World Health Organisation that they have no intensive care capacity for patients with severe symptoms.

In addition, healthcare workers are a finite resource and the often more lucrative opportunities in the private sector can draw doctors and nurses away from working for public services.

In India, even though some regions, such as left-wing administered Kerala, have strong public health systems, there are fears of a dramatic shortage of intensive care beds and ventilators. It has been argued that weak support for public sector hospital capacity in India has been exacerbated by the prevalence of private hospitals, with some regions and low-income families at risk of being unable to access key intensive care services during coronavirus.

Stories have already emerged of patients being charged eye-watering amounts for testing and treatments in India’s private hospitals.

Many NGOs argue that the push for private finance and privatisation in healthcare, coupled with austerity measures and a shrinking public sector in many countries, runs counter to achieving Universal Health Coverage. In response to Covid-19, we are already seeing that the market cannot provide equitable health outcomes, but allows those with the resources to stockpile food and pay “triple the market price” for important medical supplies.

A key risk now is that the private sector approach to health may hinder the development of a coronavirus vaccine that is widely accessible to all. If “monopoly protection” were to be granted to pharmaceutical companies for new vaccines, this could result in unaffordable prices for millions of people. Pharmaceutical companies could also create barriers for other researchers and companies to prevent using new knowledge and technologies that arise from publicly funded research.

Campaigners are calling on the British government to ensure that “public health conditions” are attached to the £250-million given by the UK for vaccine research to ensure that new vaccines are affordable to the NHS and low-income countries.

CDC has invested $200m in a company called MedAccess to begin “accelerating access to life-saving medicines, vaccines and diagnostics in Africa and South Asia”. At a time when financialised approaches to public health such as these need to deliver, there has been no announcement on how this investment will support a just response to Covid-19.

An ‘aid for trade’ approach

While the UK government has pledged considerable financial support to developing countries affected by Covid-19, some of its other policies are more questionable.

Especially since the 2016 Brexit referendum, aid has increasingly been spent in partnership with the private sector and has been redirected towards sectors and countries where the UK will benefit from future trading relationships. Major international consultancy firms also receive large amounts of money from DFID for project design, management and implementation.

There is also the government’s Global Better Health Programme, which will invest £79-million in the private sector to improve health systems in middle-income countries, and which is focused on countries where UK companies are best placed to increase their exports. The project delivery partners include PriceWaterhouseCoopers and McKinsey UK.

One of the companies poised to benefit from the programme is Healthcare UK – the export arm of the National Health Service – which has “supported NHS organisations to win export business of more than £100-million over the last two years”, the government states.

What is the alternative?

While Covid-19 is an almost unprecedented global crisis, the necessary responses to public health emergencies are well understood. Just as Bevan and his colleagues understood that large-scale public investment in the NHS was vital in the wake of the Second World War, national governments and investors must now re-examine how they can achieve Universal Health Coverage by financing strong public health systems.

All UK aid must be spent in the interests of public health, not private profit, by contributing to free, universal healthcare and a coronavirus vaccine accessible and affordable to all. UK and multilateral aid should invest more in the public health budgets of national governments.

Oxfam has called for 10 million new healthcare workers and the requisitioning of private-sector health facilities to be put into public service immediately, as Spain has done. In addition, we need nothing less than a rewriting of some of the financial rules of the global economy. There have been calls for a special coronavirus wealth tax to raise funds from those who will profit from the crisis, while African leaders have called for debts worth £100-billion to be cancelled.

Coronavirus offers the lesson that the market alone is incapable of fulfilling universal public health needs. We have an opportunity to reimagine a world where good health is seen as a universal right, and investment decisions are made on the basis of human well-being, not rate of return. DM

Daniel Willis (@not_djw) researches international development and climate justice policy at Global Justice Now. You can sign Global Justice Now’s petition to ensure that a Covid-19 vaccine is affordable to all here: https://bit.ly/2R5rvd0.