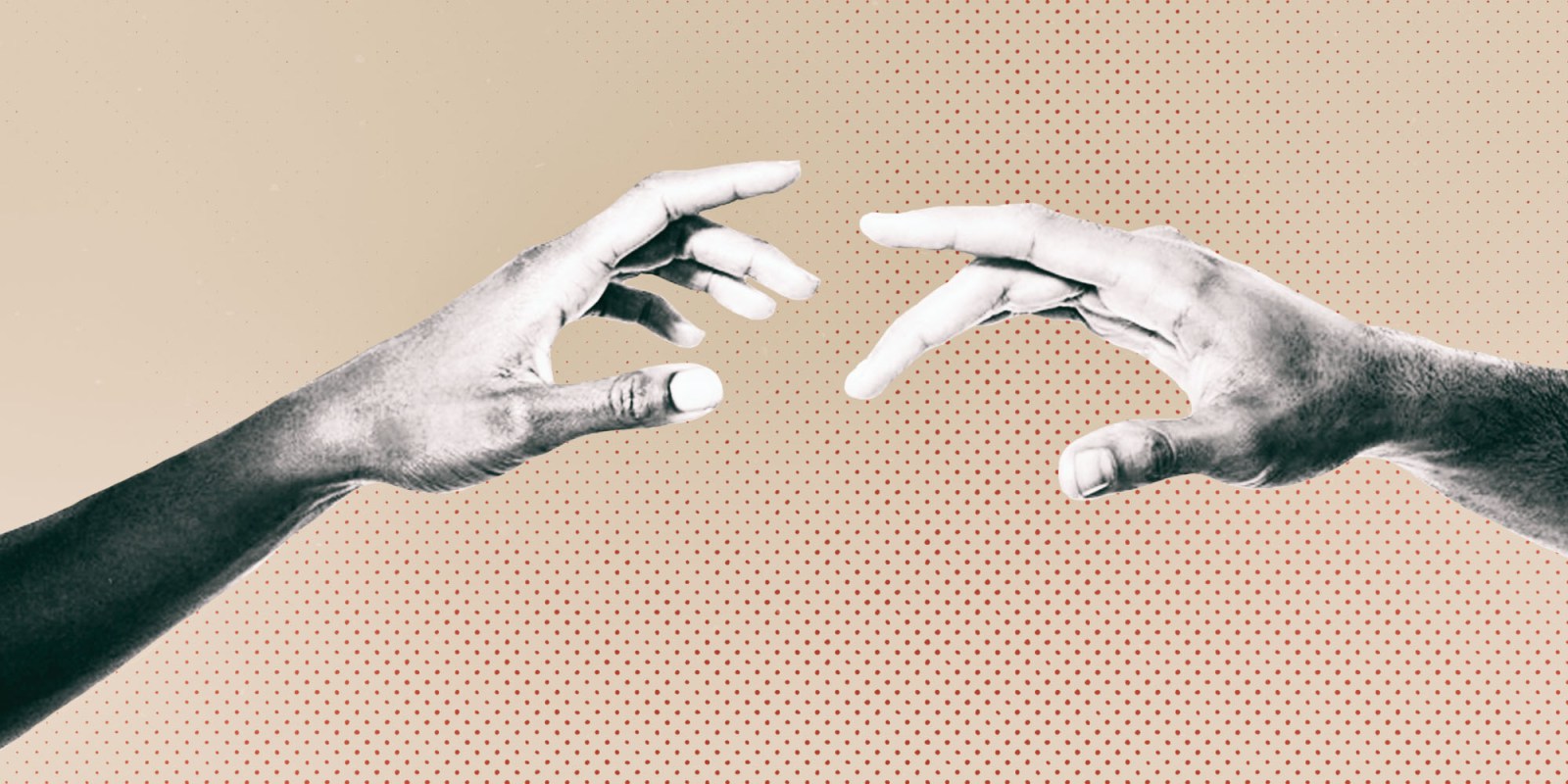 This is a summary of the trending, highest impact, and most active themes and their narratives related to social cohesion and division in South African public-domain social media conversations.

Volume of conversation on the Solidarity Fund increased by 95% on 15 April, and unique authors by 277%, compared to the previous day.

Conversation about the Pirates-Chiefs initiative contributed to the 2nd and 7th highest topics by volume.

The National Department of Public Service and Administration (DPSA) called on public servants to contribute to the Solidarity Fund. A circular from the Director-General was added to the DPSA’s Twitter profile at about 19:46 on 14 April and retweets peaked around 9pm on 15 April.

Replies to the tweet focused on the financial divide in the country, with some saying that they are struggling to afford the essentials for their families. Others replied that highly paid MPs should be contributing and this shouldn’t be forced on lower level public servants because they have received a 0% salary increase.

The DA tweeted about a R1.5-million donation to the Solidarity Fund from their public representatives.

Sentiment to the topic “Contribute to the solidarity fund” was neutral.

Black Coffee said on Twitter that the “mom and pop shops need our help” along with the hashtag #WeAreOne. The post was retweeted 483 times.

Building on that tweet, he added on Saturday that he had teamed up with Save a Business, which is listed as a transparent fundraising platform that will relieve the economic turmoil of small businesses impacted by Covid-19.

The site is newly formed and already has ambassadors like Desmond Mabuza, Black Coffee and Laduma Maxhosa.

The plan is to reach a goal of R20 000 for each of 10 small businesses that have been selected by the team.

PSL rivals Kaizer Chiefs and Orlando Pirates decided to come together to raise awareness around the pandemic and to encourage more people to stay home.

Given the large fan base of these South African favourites, the reach of this combined initiative should prove extensive and impactful. The chairman of Orlando Pirates announced that when it comes to matters of national importance, Pirates and Chiefs will stand together in solidarity.

Conversation on social media on the topic spiked at 5pm and at around 5.45pm the Multichoice Group announced on Twitter that they have teamed up with Pirates and Chiefs to donate Personal Protection Equipment to combat the spread of the virus.

Organisational reach of the topic was higher than individual reach, indicating that more people were sharing information around the topic from news media and twitter accounts than from individual twitter profiles.

The MTN Group announced a R250-million relief package to tackle the virus across all it’s operations.

The Vodacom Group said it would spend over R500-million over the next two months to add network capacity as traffic has picked up with people staying at home.

Top executives at MTN have pledged nearly one third of their salaries to finance a R40-million emergency fund for their staff affected by Covid-19.

Douw Steyn was a hot topic with 107 unique authors posting about the South African billionaire businessman. A popular tweet related to the R50- million that he pledged to the solidarity fund and his promise to feed the whole of Diepsloot.

@Abramjee tweeted that Douw Steyn’s firm had pledged R320-million in the fight against Covid-19. A few replies to the tweet led to a conversation around how people and businesses of all races were receiving help from the money pledged. Some people thanked donors.

Pop pulse tweeted that artists Black Coffee, Cassper Nyovest and Sho Madjozi would perform in the OneWorld #TogetherAtHome concert to be curated by Lady Gaga.

Conversation about the concert peaked around 19:00 on 15 April and continued until 22:00.

Sentiment toward the #TogetherAtHome event is neutral, but topics including “collaboration”, “tune” and “join” have received positive responses.

The hottest trending topic and phrase on the subject was “global broadcast.”

As the lockdown continues, the conversation around financial relief efforts is growing.

15 April delivered a 23% increase in volume and a 103% increase in unique authors in the conversation related to the Unemployment Insurance Fund (UIF).

Many have responded with confusion about employees who have not registered them for UIF, and when these funds will be paid out. Twitter was abuzz with people expressing dismay over the most vulnerable being left out because their employees did not file UIF on their behalf.

Many professional services firms have stepped up to help employers set up UIF funds for their employees.

Finance Minister Tito Mboweni stated he was considering a Basic Income Grant amid calls from concerned civilians over food security during the lockdown: “As of now, there has been no decision to go along the route of a basic income grant. It is a serious question, which must be considered and not dismissed offhand”.

Twitter was abuzz with questions around whether this would assist those who did not have access to a social grant or UIF.

Conversation around the basic income grant peaked on twitter at 7am following a tweet by @Powerfm987. Smaller bursts followed on social media and news sites during the day, with some referring to Social Security as a basic human right according to the Constitution.

This conversation has increased from previous days.

Corruption related to the distribution of food parcels was a primary driver for the peak in volume between noon and 1pm.

Food parcels was the 5th highest topic by volume for the day.

Mentions of the word “parcel” increased by 3%, and “food parcels” by 5%, compared to the day before.

The Western Cape provincial government and SASSA both put out statements about fake news that resulted in protests in Mitchells Plain on 14 April. On 15 April WC province clarified that SASSA was not, in fact, handling the distribution of food parcels.

Although SASSA was mandated to carry out this distribution, they are unable to execute this responsibility as their offices are closed. The distribution on 14 April was undertaken by a few volunteers, but it was quickly mis-communicated that SASSA was handing out food parcels, resulting in enraged residents who had not received parcels protesting.

SASSA has since clarified that food parcels will be prioritised for people whose disability grants have lapsed, those affected by Covid-19, families who lost a breadwinner in the past year, the unemployed, child-headed households and those who cannot work for 6 or more months for medical reasons.

The EFF, Cope and the South African Civic Organisation (SANCO) have accused the ANC of selective distribution of food parcels.

Cope in the Northern Cape accused ANC councillors of redirecting food parcels to their own families.

The EFF in Mpumalanga have laid charges of theft against members of the ANC, alleging that food parcels were delivered to their houses in Thekwane South. The EFF has accused ANC of distributing food parcels in ANC regalia and prioritizing distribution to ANC members.

Many videos on social media focused on the plight of poor people who fear they will go hungry, especially in the Western Cape.

Those involved in the protests and looting in the Western Cape said they were starving and needed food. Despite being shot at with rubber bullets and teargas, residents of Mitchells Plain said they would  “rather die of #coronavirus than to die in our homes of hunger.”

A caller on SAfm radio said her 6-year-old daughter had not eaten in three days, while waste pickers across the country said their children were starving.

Social media commentators are asking: What is the point of the lockdown if hunger kills South Africans before CovId-19?

USA withdraws Funding to the WHO

This was the highest topic by volume for the day.

President Donald Trump suggested that the United States would cut funding for the World Health Organisation because the WHO had failed to report on the severity of the situation in Wuhan. This was met with outrage from African leaders.

Public opinion criticised the USA for not working as a collective, and playing politics.

This thread was the 3rd highest trending topic of the day with a 76% burst.

On 15 April the Ministry of Communications announced plans to partner with the private sector and NGOs to curb fake news.This announcement elicited a brief response from social media between 17:00 and 18:00. Disseminating fake news is a contravention of Section 11(5)(c) of the Disaster Management Act. DM