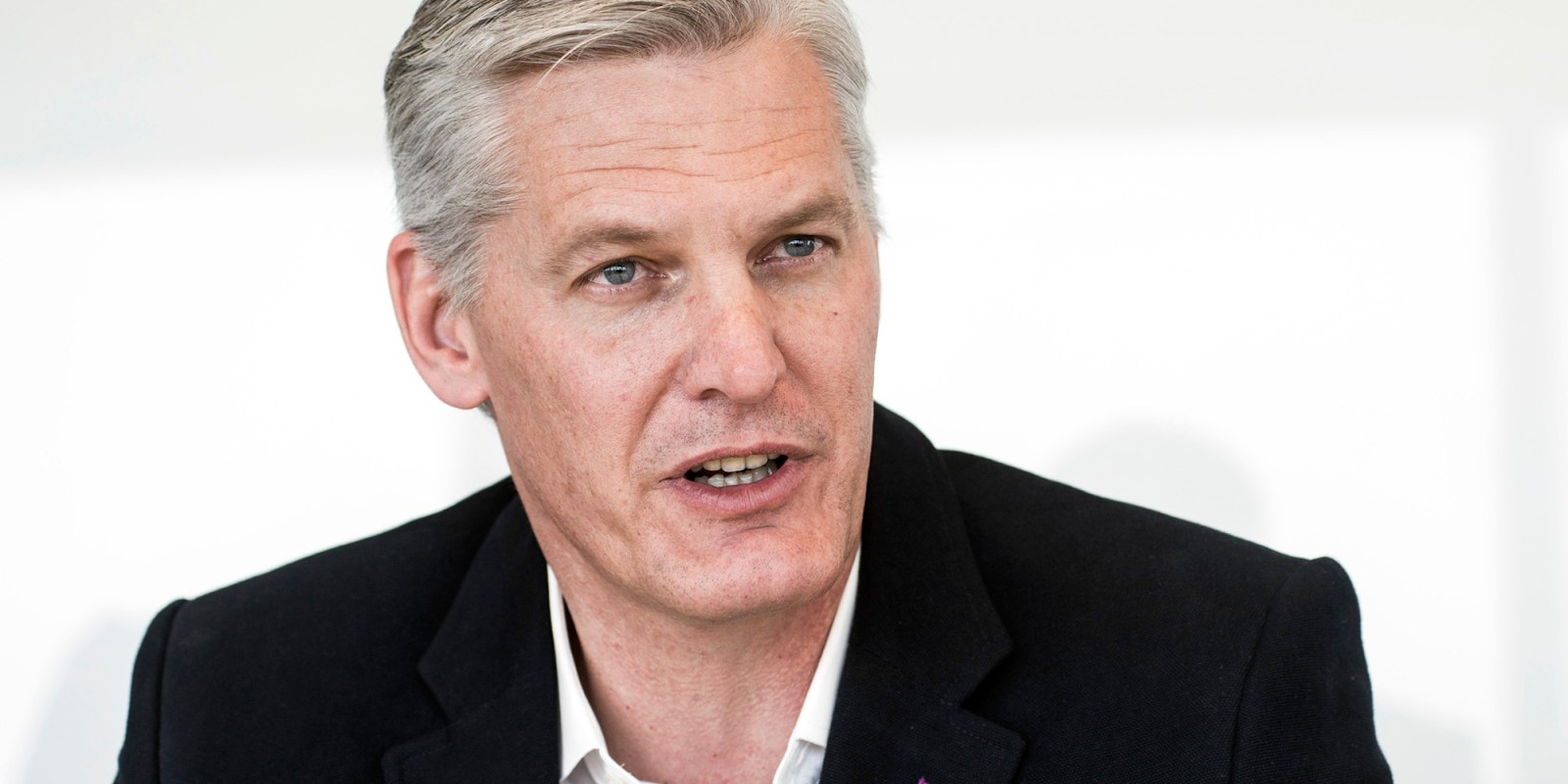 In an interview with Chris Yelland of EE Business Intelligence, Eskom CEO Andre de Ruyter shares his thoughts on the end-state of the electricity supply industry and where things are going with the restructuring, divisionalisation and unbundling of Eskom. Further articles from the interview will cover financial, operational and environmental sustainability issues.

It is now 14 months since the Minister of Finance announced that a chief restructuring officer (CRO) would be appointed to restructure Eskom. What is the current status and content of the CRO’s report?

That report was supposed to have been issued by the middle of February 2020. It has not been forthcoming and we are not au fait with the contents of that report.

We did receive a very short briefing on what the major recommendations were going to be and I think that there will be broad alignment in the findings of the CRO.

But until such time that the report has been publicly released, it is very difficult for us to comment on the timelines, when it’s going to be released, or what the content of that report will be.

What is your personal vision for the future electricity supply industry (ESI) of South Africa and how do you see the role of Eskom, municipal electricity distributors, public-private partnerships (PPPs), independent power producers (IPPs), industrial co-generators and distributed self-generation in the future ESI?

If you look at Eskom today, I think it’s fair to say that it is an anomaly in the global utility world. We are arguably one of the last remaining vertically integrated utilities and it is clear that we have to change to accommodate a far broader range of business models in each of the different divisions of Eskom – generation, transmission and distribution.

We have to migrate from a model that is dominated by Eskom, to one where we have a multiplicity of different generators, including PPPs and more IPPs (whether they be renewable energy or fossil-fuel-based). We need to allow industrial co-generation for own use, as well as for generating into the grid. We also need to accommodate a model of distributed self-generation, which I think is going to be one of the key challenges, and so will probably be the last step.

I also see a future where Eskom is far more focused on operating the transmission grid, providing access to a number of different generators and an increasing number of IPPs. As far as electricity supply and distribution is concerned, I think there should be a greater role for local utilities and municipalities.

But if you look to enabling this, I think it is clear it will take time – it can’t all happen quickly. It must happen in a way that takes account of a number of key risk elements, and the key risk is the R450 billion debt that Eskom is carrying right now. We have to reach the end-state while solving the debt conundrum – a very challenging problem, indeed.

Are you supportive of the Eskom roadmap announced in October 2019 that Eskom will be unbundled into three subsidiaries as a first step toward the creation of an independent transmission grid system and market operator (ITSMO) and unbundling of Eskom Generation? If so, why are you now delaying the creation of three separate legal entities (subsidiaries) within Eskom?

To the first part of your question: yes, I am fully supportive of the roadmap. I think it speaks to the restructuring of the ESI that addresses the anomaly of a vertically integrated Eskom. But I would disagree with the suggestion that I’m delaying the creation of three separate legal entities. In fact, I think I am actually enabling and accelerating that process.

The precipitous legal unbundling of Eskom creates a number of very significant risks and if we don’t address these we might end up with a very messy legal, commercial and also financial situation which could significantly delay the restructuring. Let me point out just some of these risks.

If you start to unbundle the company, you create separate asset bases and lenders would become very concerned about their security. One also needs to consider the assessed tax loss that Eskom has built up, to the tune of some R60 billion over the past few years, which is an asset that could be forgone or lost if one proceeded with unbundling without understanding the tax issues. There are also significant regulatory licensing and tariff unbundling issues that have to be addressed, as well a multitude of other issues.

So, leaving aside issues such as staff consultation within various of the different entities, the unbundling, restructuring or legal separation – call it what you will – is an enormously complex exercise. If you look at Old Mutual, it took them about 3.5 years from inception to completing their unbundling.

For us to try and do all this at the stroke of a pen would create risks that we first need to manage. We need to prototype and then road-test the plans to make sure, before we finally pull the trigger on legal separation, that we actually have three separate businesses that are able to stand alone. One could argue I am de-risking an accelerated process of legal separation.

How urgent is the need for an ITSMO to establish an efficient, diversified electricity generation sector, providing non-discriminatory grid access on economic grounds without the conflicts of interest with Eskom being both the dominant generator and controlling access to the grid?

I think it’s very important that we set up this ITSMO and that we do it right. We have strategies in place to allow us to do this over time, while taking into account the risks that I have just referred to.

In the meantime, we need to manage perceptions that exist of conflicts of interest between Eskom being both a generator and the operator of the transmission grid. Clearly, legal separation is the ideal solution to achieve this.

But, in order to arrive at this end-state, we want to proceed with the separation process in a structured and risk-averse way, rather than rushing in and creating problems. The end-state is very clear – we want to get to Cape Town. But the question is: do we go via Bloemfontein or do we go via Kimberley?

As I see it, the creation of three legal entities (subsidiaries) under Eskom Holdings has morphed into creating three divisions, with the same divisional executive in the position of CEO, and the same management team as before. What is the current status of the divisions, the new CEOs and boards, and what actually is different now?

I think what has changed is that now, for the first time, we have three separate boards that previously did not exist. So, the dynamic at a business level has already started changing. Now, for the first time at a divisional board level, we are talking about things like profit.

This may come as a bit of a surprise to you, but previously the focus was on revenue at an Eskom Group level, and not that much about profit at a divisional level. So, the initial focus is on running these three divisions as separate businesses, that each needs to make money on a stand-alone basis. This is an important culture change that has to be got right before we move on to legal separation.

As yet, we haven’t incurred any significant additional costs because we have appointed the same executives as before. The boards and executives are not independent of Eskom Holdings, and for as long as they remain wholly-owned as divisions or subsidiaries of Eskom Holdings this will be the case, very much like in any industrial conglomerate.

We have made progress and I think we are moving along to achieve independent, stand-alone businesses. DM

This is the first of a four-part series based on the interview with Andre De Ruyter. To come: debt and financial issues and the impact of Covid-19 and economic decline; operational issues including Medupi and Kusile, plant performance, electricity price and municipal arrear debt; and environmental issues and the just energy transition.