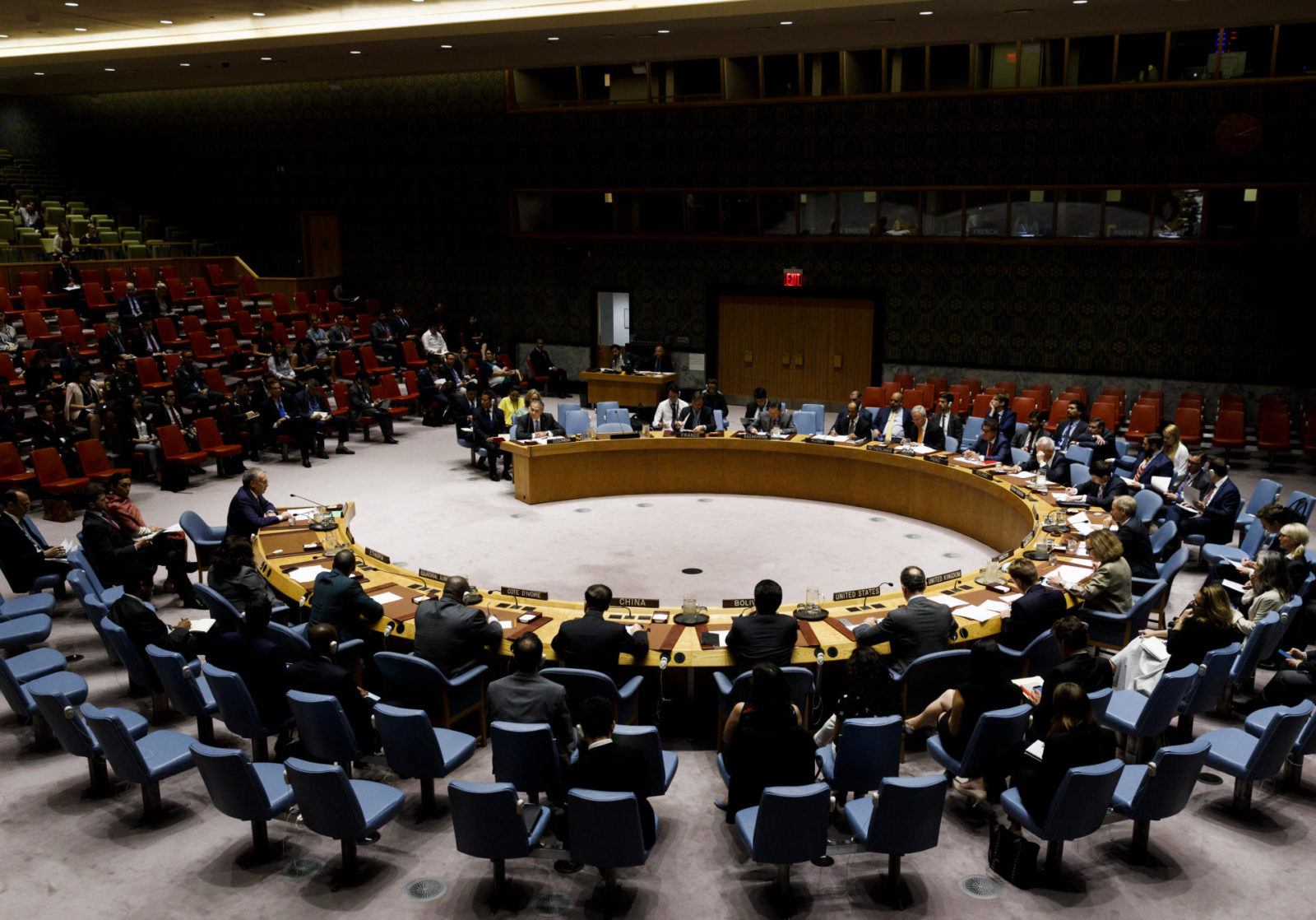 SA must act to spare Africa the brunt of the council’s deficiencies in an uncertain world. By Priyal Singh for ISS TODAY.

As nations across the world grapple with the Covid-19 crisis, the dire state of multilateralism has once again come into focus. The United Nations Security Council (UNSC) hasn’t been spared, and has come under increasing criticism for its muted response to a pandemic that should be regarded as a major threat to international peace, security and stability.

Arguably the region with the most to lose as a result of the council’s deficiencies during this period is Africa, which features disproportionately high on the UNSC’s agenda. Given the continent’s comparatively weak economic, governance and healthcare systems, a coherent global peace and security response to Covid-19 is even more vital.

During this time, South Africa’s role as one of three elected members of the UNSC (and as African Union chair) is critical, as recent Institute for Security Studies (ISS) research shows. The pandemic’s spread has elevated the significance of the country’s current appointment. It has also sharpened the need for South Africa to work decisively to ensure Africa doesn’t bear the brunt of the council’s shortcomings.

There are three major issues the country must confront in order to advance African interests on the UNSC at this time. First, South Africa should play a much more focused role in bridging political divides – between the United States and China in particular. Both countries have developed competing and self-serving political narratives around the pandemic, which has undermined decisive council action on Covid-19.

ISS research indicates that South Africa is aware of the challenges posed by a more polarised council, and aims to approach discussions on Covid-19 with caution. The country didn’t support a mooted joint statement in late March that would have expressed the council’s concern over the pandemic’s spread. South Africa felt the statement would have gone beyond the scope of the council’s mandate.

However the UNSC has previously framed global health emergencies as threats to international peace and security. With council divisions hardening since then, South Africa may need to take a more decisive position in coming weeks.

And while a recent informal teleconference was a welcome opportunity for council members to finally address what is arguably the most pressing threat to international peace and security, the meagre press statement that followed left many international observers wanting.

South Africa needs a clear position on whether the UNSC should regard the pandemic as a major threat to international peace and security, given that such a debate could further polarise the council. Such a position is also necessary to make headway on numerous other peripheral council agenda items relating to the pandemic, such as the easing of sanctions in certain countries to allow greater access to humanitarian aid.

The second issue South Africa’s diplomats should confront is how best to adapt to the council’s interim working methods. Since 12 March, UNSC member states have tried to agree on how to work remotely. While relying on the UN’s secure internal video teleconference system would seem to be a non-controversial alternative to physical meetings, the reality is trickier.

In particular, there is no legal basis concerning whether such meetings constitute formal meetings, and whether these meetings are bound by the rules of procedure. An interim solution has, however, been agreed on. This comprises a mix of video teleconferences for certain business, and a written procedure for adopting resolutions.

While necessary, these working methods will undeniably affect the council’s efficiency. Subsidiary organs will be especially affected given that no arrangements have been agreed on. Also, the lack of an official verbatim record of the council’s video teleconferences will pose challenges in the coming months.

Third, South Africa must prioritise the advancement of common African peace and security issues during this period. It should drive through agreement on a collective and nuanced response to the continent’s needs as a result of the pandemic.

April will see many scheduled briefings and debates take place via video teleconferencing on matters ranging from Mali to the Democratic Republic of the Congo and Sudan, among others. Each of these agenda items will be affected by the pandemic. They will require extra attention regarding UN measures to ensure that peacekeeping mandates are met, as well as broader concerns with how these conflicts may be exacerbated by Covid-19.

South Africa, as current African Union (AU) chair, is optimally positioned to lead a coordinated African response to the pandemic. The recent appointment by President Cyril Ramaphosa of four special envoys to build global support to address the pandemic’s economic impact is positive. Ramaphosa and his international relations minister have also convened virtual meetings with AU organs and member states to develop a framework for Africa’s response to the virus.

What is still lacking, however, is a robust collective African response to the peace and security fallout of the pandemic. Here specifically South Africa needs a strategy to place the continent’s concerns front and centre on the council’s agenda.

The country’s foreign policy officials in New York, Addis Ababa and Pretoria could draw inspiration from the AU’s Africa Joint Continental Strategy for Covid-19 Outbreak. South Africa could coordinate a focused action plan on a common African response to the pandemic’s impact in conflict-affected states.

South Africa is in a unique position as both a UNSC member and AU chair during one of the most volatile moments in modern times. The country must act on its crucial responsibility to ensure that Africa doesn’t bear the brunt of the failures of multilateralism in the new Covid-19 world. DM