Covid-19 shows us that executive pay cuts are possible 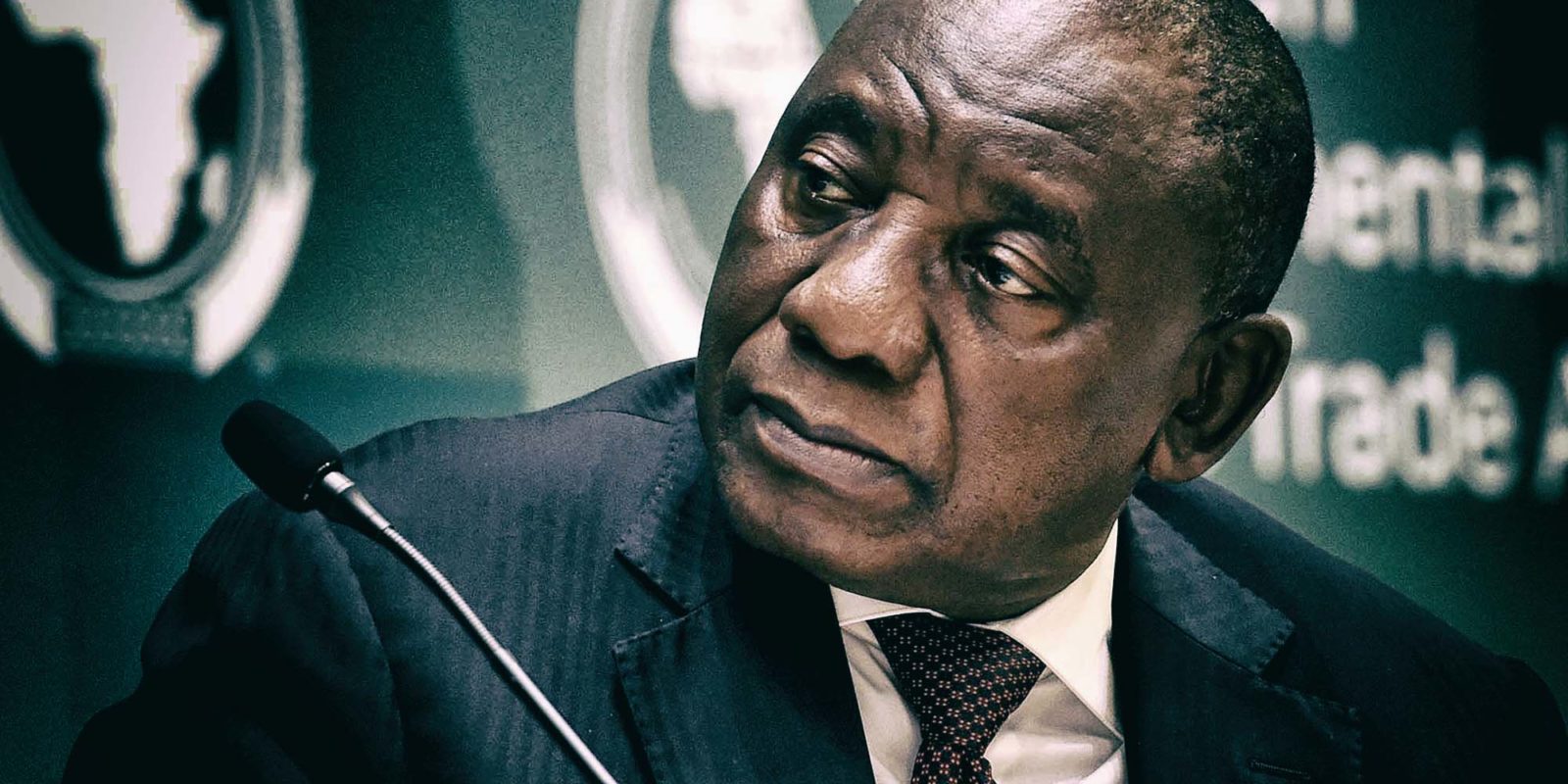 Here are the companies that have committed to cuts. By Tracey Davies

President Cyril Ramaphosa’s announcement that he was taking a pay cut for three months spurred other executives to do the same. Archive photo: Ashraf Hendricks

The recent rush of salary “sacrifices” by extraordinarily highly paid executives should focus our minds on how to permanently change the system that supports South Africa’s extreme wage inequality, a system that desperately needed reform long before the onset of the coronavirus.

In the third week of what is now to be at least a five-week lockdown, there are encouraging signs that some sectors of South African big business understand the interdependence of their success and the health and well-being of the society in which they operate. Not long after the announcement of the initial three-week lockdown, some corporate executives announced promises of pay restraint, waking up quickly to the realisation that they must be seen to be sharing a little of the pain of this destructive pandemic.

More remarkable is how long it has taken many other corporate leaders to step up. Most of the announcements about executive pay cuts at listed companies have only been made following the example set so dramatically by President Ramaphosa during his address to the nation on Thursday 9 April. And then there are also still many listed companies that have not announced executive pay cuts or any plans to contribute to efforts to alleviate the effects of the crisis.

These executive pay cuts are important, not merely as a symbol of solidarity. They may not amount to much in the life of individual executives, but if their redistribution is well managed, they could make a substantial difference to tens of thousands of people. Tracking progress and adherence to commitments, however, will be almost impossible. In the best of times it is difficult to track executive pay; these are not the best of times.

A week or so earlier the Reserve Bank’s Prudential Authority (PA) had called on banks to freeze executive bonuses – as well as not to pay dividends during the Covid-19 crisis. “With the high probability that the impact of Covid-19 will result in heightened stress in the banking system, the PA is issuing a guidance note advising banks not to distribute discretionary ordinary dividends during this period. Similarly, bonuses for senior executives should also be put on hold during this period,” said the PA as it announced regulatory relief measures to assist the banks during the crisis.

Encouragingly, a few pay-cut decisions had been announced prior to President Ramaphosa’s 9 April address.

Mr Price had announced on 26 March that “annual salary increases for head office associates have been delayed until further notice” and that its “executive management and board of directors have committed to a cut in salaries and fees”.

Woolworths announced on 6 April that senior executives had decided to forego up to 30% of their fees and salaries for three months until the end of June. The savings will be used to provide additional financial support to staff “who find themselves in extreme hardship as a result of the current crisis”.

On 7 April EOH announced that its CEO and executive committee would take a 25% pay cut, and that it was proposing a “20% reduction across the board in cash salaries, with the exception of those earning less than approximately R250,000 per annum”.

And on 8 April paper and packaging group Sappi announced that “the board of directors and the group and regional leadership teams… have volunteered a 10% reduction in salaries or fees for the three months ending June 2020”, and that “the leadership teams will receive no short-term incentive bonuses for 2020 financial year”. As with some other early initiatives, Sappi has not said what it will do with the savings.

After the President’s address on 9 April, however, the announcements came thick and fast. Companies that had previously been asked by various journalists whether they had any plans to cut executive pay, and had provided non-responses, refused to comment, or said that they couldn’t say anything because they were in a “closed period”, suddenly stepped up. Which just goes to show how powerful real leadership can be.

Nedbank’s initial bland commitment to ensure executive pay was “appropriate for performance and the environment” was beefed up after Ramaphosa’s speech with the announcement that CEO Mike Brown will take a one-third cut in salary for the next three months. The funds will be donated to the Solidarity Fund. “I encourage those executives who are able to do so to respond to the President’s call,”said Brown.

Within hours of Brown’s announcement, FirstRand said its CEO, CFO and COO will take a one-third pay cut for three months. “The president’s request is meaningful, and we believe he is right to ask business leadership to step up and make the same sacrifice, particularly given what is at stake for our country,” said CEO Alan Pullinger. The money will go to FirstRand’s SPIRE fund, which was set up to increase healthcare capacity in South Africa, including the provision of protective equipment for health workers.

Then Absa also announced that five of its top executives would donate 33% of their monthly salaries over the next three months to the Solidarity Fund as well as the group’s Covid-19 community support programmes. “Colleagues at all levels of the organisation will be encouraged to consider making donations in line with their own personal circumstances,” said the bank.

A few days later Standard Bank released a statement which, while precise and carefully crafted, lacked much sense of social solidarity. The bank is “setting up mechanisms to enable its executives to make donations, confidentially where preferred, over the next three months. We are committed to social solidarity and to supporting the various public health initiatives and economic impact mitigation programmes that make a meaningful difference in the lives of the most vulnerable of our society,” said Standard Bank SA CEO Lungisa Fusile.

Only a few of the powerful institutional fund managers that manage the savings and pensions of millions of South Africans (savings and pensions which have taken a massive knock in recent months), have made public commitments to cut salaries, although a number of them, including Sanlam (as part of a donation from the Motsepe family), Ninety-One, and Prudential, have made various commitments to donate to the Solidarity Fund.

Executives and the senior management team at Coronation Fund Managers told the media on 14 April that they will be contributing one-third of their pay over the next three months to the Solidarity Fund.

Many executives of South African companies earn in the tens of millions of Rands a year, and President Ramaphosa — previously one of these executives — is a billionaire in his own right. In fact, South African executives earn on average 541 times the per capita share of national income, and wage inequality is amongst the highest of any country.

Post-pandemic South Africa will be even more unequal, something which seemed inconceivable only a few months ago. This rush of salary “sacrifices” by extraordinarily highly paid executives should focus our minds on how to permanently change the system that supports such extreme wage inequality, a system that desperately needed reform long before the onset of the coronavirus. DM