Covid-19: Not only about health – but human rights too 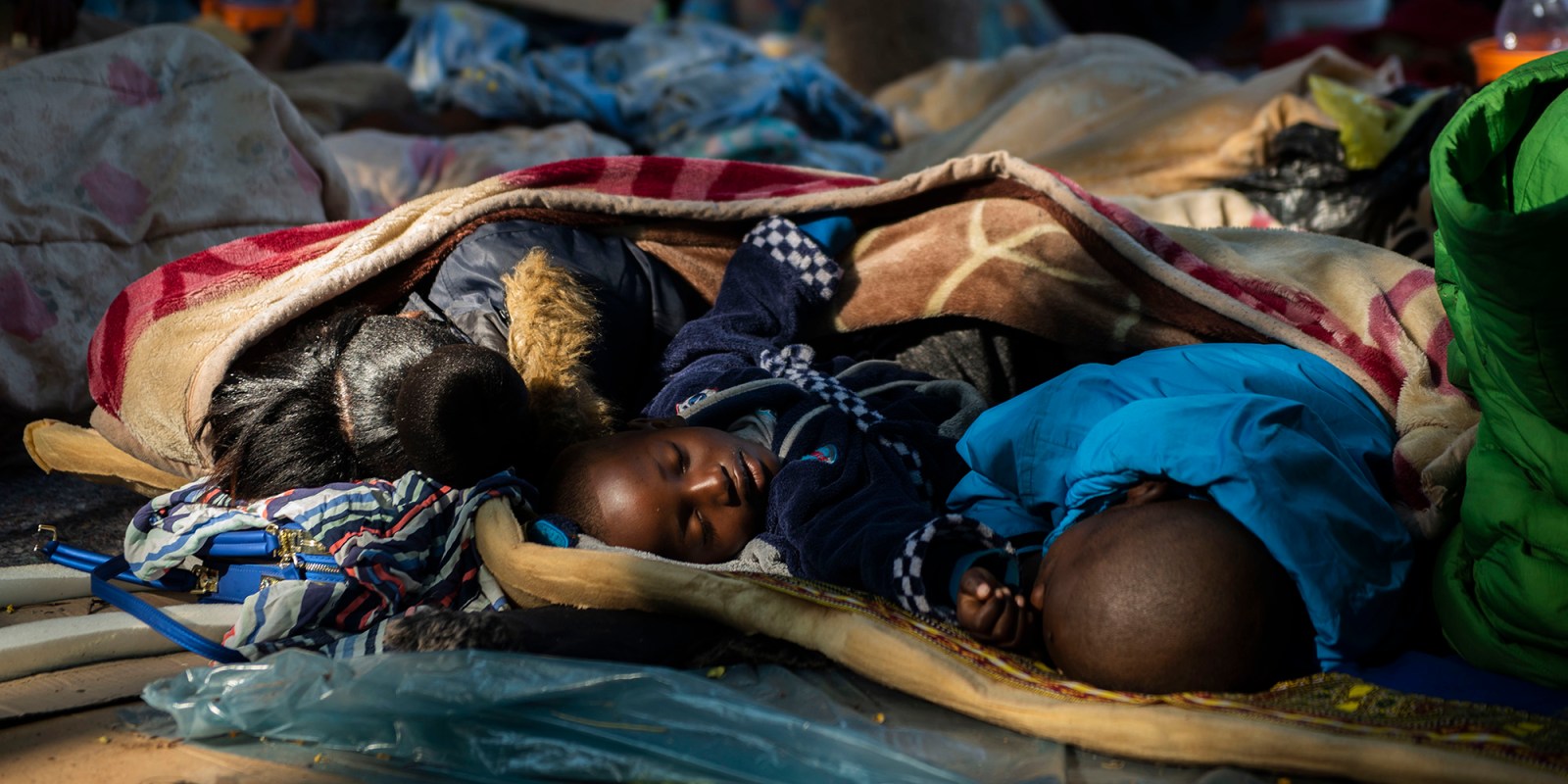 Migrants from several African countries camp outside the offices of the United Nations High Commissioner for Refugees in Pretoria in January 2020. (Photo: Gallo / Alet Pretorius)

There is no doubt that the rapid spread of Covid-19 has significantly altered many facets of everyday life. We may even be witnessing a fundamental re-ordering of the social order as we know it. While the pandemic is primarily a public health issue, it also has a considerable impact on the social, economic and other rights people have.

Freedom of movement is one of the more glaring examples of how the pandemic has affected us all. Travel bans and a strictly enforced lockdown has prevented us from moving about freely.

And while the full economic impact on South Africa is yet to be fully understood, all the signs point towards a looming catastrophe.

What is life going to look like for informal traders who normally sell household goods, clothes and food in markets and on streets if they can no longer trade?

And what of the sex workers who can no longer do business because of regulations enforcing curfews and physical distancing?

What about the many women employed in already exploitative, unregulated and underpaid jobs such as the domestic worker sector?

For all these groups, the pandemic has – in most cases – meant an immediate loss of employment and with that a loss of livelihood. The impact on both family structures and the national economy has yet to be counted.

There are several health, safety and security risks for women and marginalised LGBTQI+ groups. The implications of lockdowns for the abuse of women needs to be critically interrogated, especially in a region with high rates of gender-based violence (GBV) and violence against women (VAW).

Many women are trapped in their homes, spending hours on end with abusive partners. This is already causing a spike in cases of VAW. In South Africa, for instance, on day seven of the lockdown, the police announced that 2,320 cases of domestic violence had been reported.

Beyond VAW, there is an urgent need to interrogate the implications of Covid-19 on women who are often carers of the sick. In addition, given the dominant cultural and traditional roles, women in most parts of southern Africa are likely to gather in crowded places like markets, hospitals and clinics, and at water collection points.

Ironically, it is women who are most likely to miss complex Covid-19 messaging due to low literacy levels compared to their male counterparts. If not appropriately addressed in the response framework, this could be the difference between successfully fighting the pandemic or having it endure for months, if not years.

The lockdowns are understandably designed to restrict the movement of people and slow the rate of infection. However, many people have found themselves stranded in foreign countries, at airports and borders, with very little or no immigration support.

For a region like southern Africa, where migration is a norm (despite the limitations of the SADC protocol on free movement of people), migrants are caught in a difficult and complex situation. Migrants, especially undocumented migrants, refugees and asylum seekers, are not always assured of access to healthcare systems that might be reserved for citizens.

This vulnerable group will be exposed to job losses and economic hardships perhaps more than most. Notably, governments’ economic recovery and social protection plans have not included migrants, a largely invisible group that is being left to survive the brutal effects of the economic meltdown on their own.

Furthermore, as countries become more inward-looking, xenophobia is likely to spread with foreigners being accused of burdening healthcare systems, at best, and having brought the virus, at worst.

This is already playing out in some countries. In Malawi, for example, the first person to test positive was of Asian origin. That sparked a wave of xenophobic comments on social media as well as the looting of shops mostly owned by people of Indian descent.

China, on the other hand, has embarked on mass testing of all foreigners including individuals who, in the past few months, had neither travelled outside China or been in contact with anyone who had. According to the state, this was aimed at curbing the spread of imported Covid-19 cases which was seemingly happening at a faster rate than locally transmitted cases.

This xenophobic template was perfected by US President Donald Trump who spent several days referring to Covid-19 as “the Chinese virus”.

Militarisation of the lockdown

In recent weeks, many governments (Lesotho, South Africa and Zimbabwe, for example) have turned to the military for support in enforcing containment measures. While the role of the military is important, it is concerning to note that in a growing number of cases, soldiers are using excessive force on ordinary people for allegedly disobeying lockdown regulations. Without condoning risky behaviour by citizens, it should be emphasised that there are alternatives to maintaining law and order without abusing people.

Within a context of rising militarisation and the erosion of democratic freedoms, the securitisation of the Covid-19 response poses huge risks and dangerous precedents could be set.

In a country like Zimbabwe, for instance, where the military already has sway in the running of state affairs, especially key economic sectors such as agriculture, the engagement of security forces in the area of health expands the army’s sphere of influence and should be a cause for concern.

In times of crises, we need to be alert to the potential for other human rights violations against women. In recent years, such violence has been witnessed in Malawi, Zimbabwe and the Democratic Republic of the Congo (DRC).

As part of the response to the pandemic, many countries are deploying communications surveillance technologies, premised on the need for contact tracing. In China, mobile technology, big data and high-tech software are among the tools used in the Covid-19 containment process. Some countries, like South Africa, are emulating these measures, albeit with accountability safeguards in place.

In the long-term, this could potentially be marked as the moment in history when states strengthened and consolidated their surveillance methods to intrude on the privacy of individuals – with the full consent of citizens. Comparisons can be made with the rise of communications surveillance after the 2001 terrorist attacks in the US on 11 September 2001.

In countries with weak data protection laws, such as the DRC, Malawi, Mozambique, Zambia and Zimbabwe, surveillance is already proving to be a powerful tool used in extra-legal practices aimed at silencing dissent. Post-pandemic, we are likely to see an increase in human rights violations linked to increased surveillance.

While it is right that focus must remain on curing the sick and curbing the spread of the virus, we should not forget to protect our fundamental human and constitutional rights in the hope of entering an even more open and democratic society once the pandemic is over. DM/MC