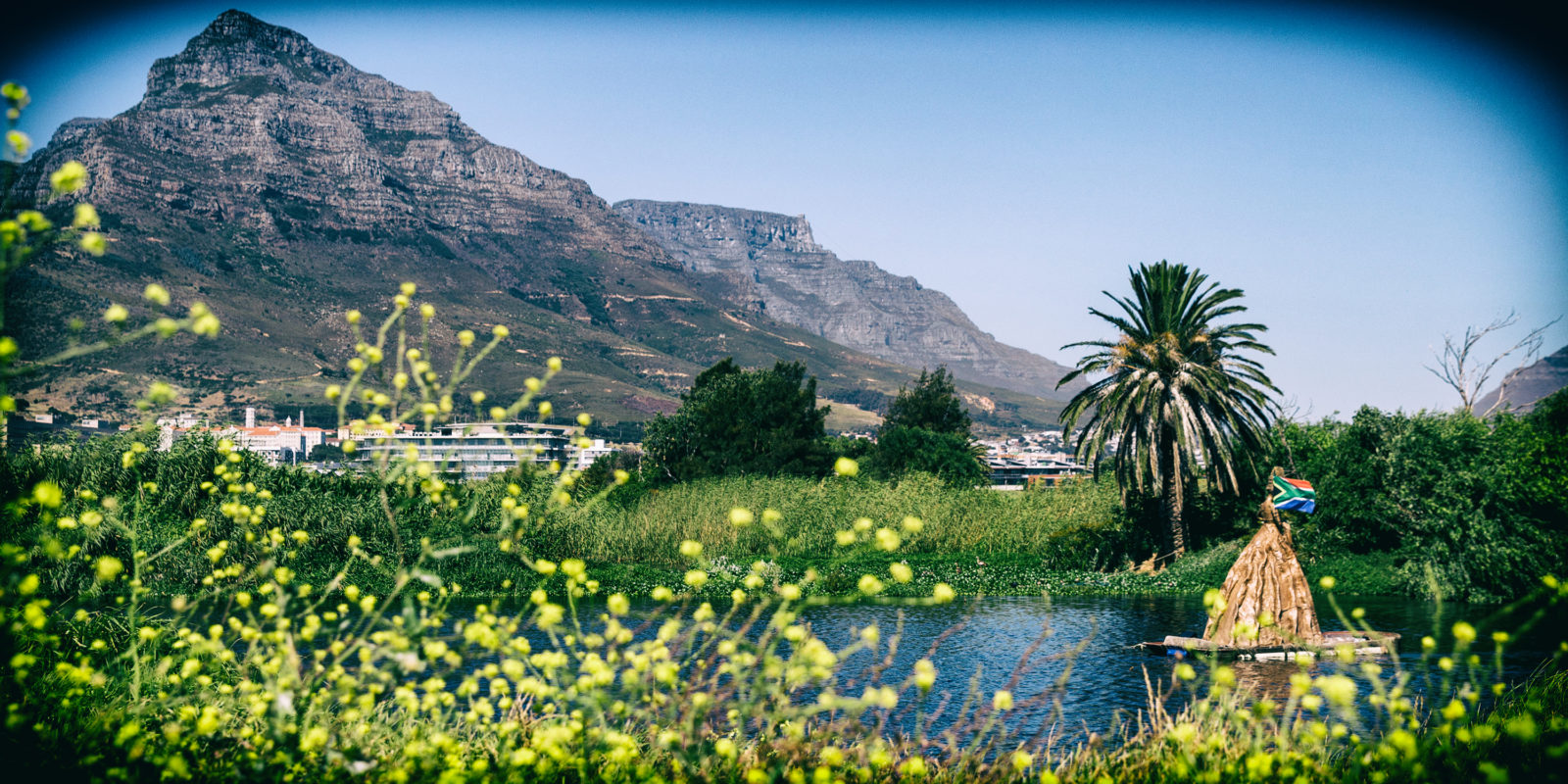 There has been vehement opposition to, and bitter feuding over, the development of at Cape Town’s River Club which has been used for more than 50 years as a golf driving range.(Photo: Ashraf Hendricks)

For several years there has been fierce resistance to the proposed development of 10-storey buildings at Cape Town’s River Club on what is regarded as a sacred site for First Nation peoples.

A Western Cape provincial Heritage Appeal Tribunal has ruled that a proposed R4-billion property development in Observatory be halted as the land formed part of a proclaimed and significant heritage site.

The tribunal chairperson, Ashraf Mohamed, in his ruling on Tuesday 14 April, remarked that the provisional protection of the area in terms of the National Heritage Act would remain in force.

This puts a stop, for now, to the proposed development by the Liesbeek Leisure Properties Trust, whose director, Jody Aufrichtig, bought the 14.8 hectare stretch of land from Transnet for R12-million in 2015.

Later, a two-year protection order was placed over the land by Heritage South Africa. This was the order that Aufrichtig, supported by the City of Cape Town, the provincial departments of environmental affairs and development planning, and transport and public works sought to appeal.

For several years there has been fierce resistance to the proposed development of 10-storey buildings in what is regarded as a sacred site for First Nation peoples.

Mohamed, in his ruling, said the River Club was an area of great spiritual significance to the First Nation peoples and reflected “all the patterns of South African history and early culture”.

There has been vehement opposition to, and bitter feuding over, the development of the site which has been used for more than 50 years as a golf driving range.

Development of the land should take these narratives as well as comments and proposals from those who hold heritage, cultural and spiritual claim to the land into account.

There has been vehement opposition to, and bitter feuding over, the development of the site which has been used for more than 50 years as a golf driving range.

An inspection in loco in November 2018 to determine the impact of the development on the area’s heritage revealed that it formed a “natural edge” and that it is a space of spiritual significance.

Mohamed explained that the “heritage resource” that is the TRUP included the entire landscape and its interaction with its surroundings.

He said it did not constitute “a single heritage-worthy item, but a basket of heritage aspects, of which not all have been documented”.

“The area and resource, therefore, cannot be viewed in isolation from the greater  area and the surrounds, and conceivably has many undocumented intangible heritage resources which warrants further investigations.”

The conservation and investigation of the protected area had yet to be concluded and this needed to be completed as a “matter of urgency”.

Heritage Western Cape (HWC) and the Heritage Resource Section (HRS) of the City of Cape Town should reassess the potential damage and threat that any proposed development had or could have on heritage value, said Mohammed.

The tribunal highlighted that it was imperative that HWC and HRS ensured that any future development of the site be sensitive to its cultural significance.

Any future development had to establish and take into account “the narratives, comments and proposals of Independent First Nations”.

And while there had been efforts to conserve and protect the area and the resource for several years, “tangible heritage resources” had only recently been formally acknowledged by the National Heritage Resources Authority of South Africa (SAHRA).

“Having regard to this significant development and the challenges within the current context, one could argue that the past two years could have been spent on a better understanding of all the heritage issues in the area that are at stake,” said Mohammed.

Instead, the period had been consumed by “fruitless and wasteful contestations” driven by those who stood to profit from the development.

The ANC in the Western Cape lauded the decision and said it was a victory for the rights of First Peoples of South Africa. The ANC had acted as an “Interested and Affected Party” in the matter and in support of Chief Melvin Arendse, Captain JC Witbooi and Prince J Titus.

“This province wants to always roll out a red carpet to certain developers and never open the door to the majority who are working class and poor. We call on all involved to reflect on what has happened and learn lessons from this process,” ANC provincial convener Lerumo Kalako said. DM