By Centre for Analytics and Behavioural Change• 15 April 2020 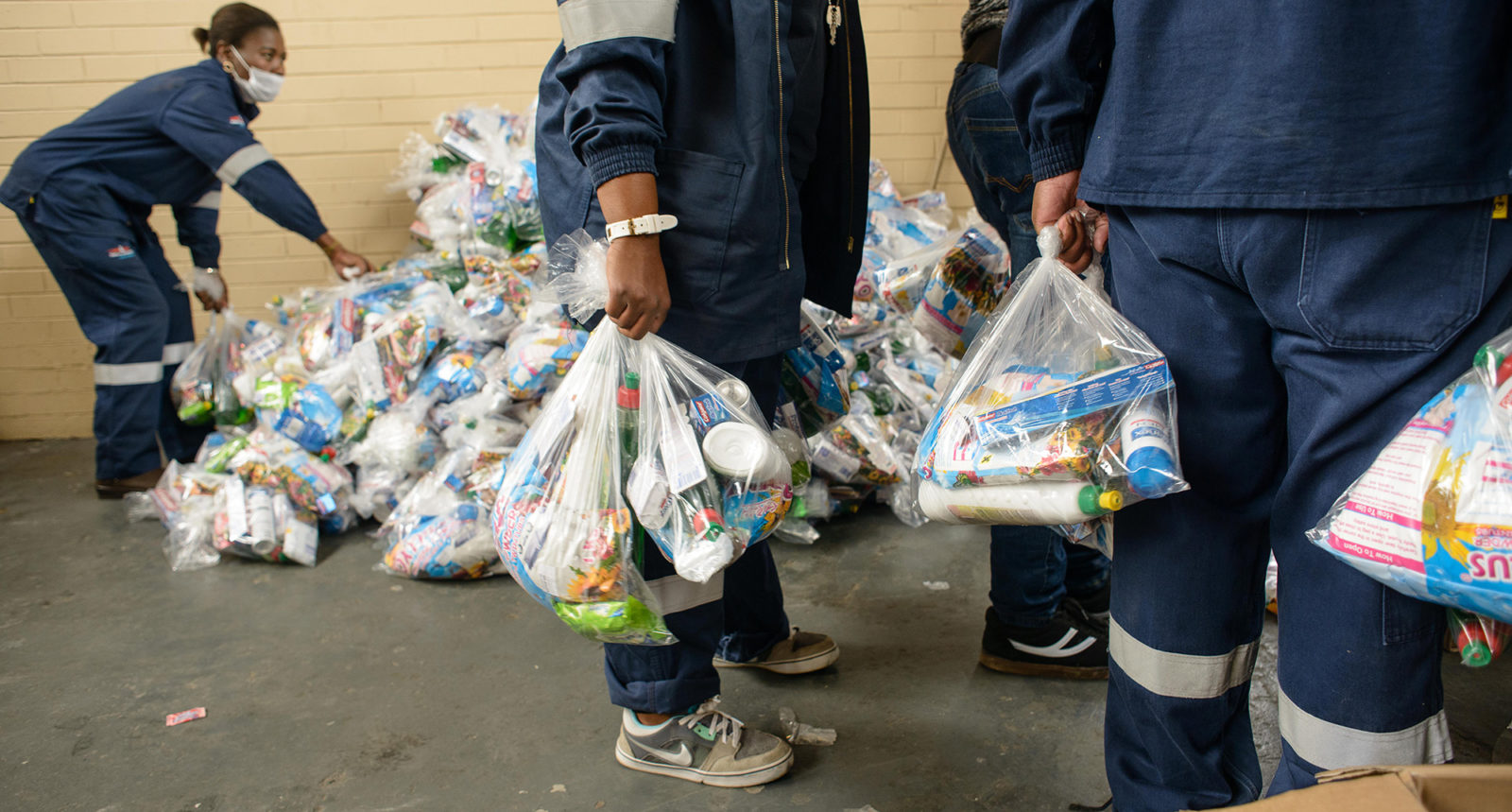 This is a summary of the trending, highest impact, and most active themes and their narratives related to social cohesion and division in South African public-domain social media conversations.

In Alexandra, police dispersed a crowd of people who had gathered to collect food parcels and who were not observing distancing rules. People said they had no choice but to stand in the queue from early in the morning to get food.

Mayor Geoff Makhubo has called for NGOs to contact the city before distributing food parcels.

In KwaZulu-Natal, SASSA urged people to disregard messages circulating on social media regarding the delivery of food parcels and Social Relief of Distress (SRD) forms that people are being told to fill in. SRD is paid to South African citizens, permanent residents and refugees who cannot afford basic requirements.

In Cape Town, three men were arrested after police were attacked by angry residents of Tafelsig in Mitchell’s Plain.

Lisel Manuel, a resident of Tafelsig, told a news agency her family phoned the number provided for food parcels and received a reference number, but no food has been delivered to them three weeks into the lockdown.

Residents like Nosapho Dukada fear that they will die of hunger before the coronavirus kills people in poor communities.

Since the start of the lockdown, government has worked with social partners to provide food parcels for food-insecure households in all provinces.

Food security forms part of the three-pillar strategy in the fight against the spread of Covid-19. NGOs, foundations, the business community, civil society, churches and corporates are delivering food to needy communities. Partnerships between government and corporates like AngloGold Ashanti, Coca Cola and many others are supporting this distribution and helping with donations.

Frontline workers, like waste pickers, are also being assisted with food parcels.

The briefing held by the Department of Health and Professor Salim Abdool Karim on 13 April resulted in significant volumes of participation, interest and discussion.

On Monday night, Minister of Health Dr Zweli Mkhize held a live press briefing with Professor Abdool Karim. They shared information about the virus, the Department of Health’s responses and a wide range of other issues.

The briefing was seen by the public as a critical and credible source of information, resulting in strong overall support, with 6361 unique authors contributing about two mentions each.

The conversation increased steadily from 6pm and continued to grow until about 10pm, when it began to dissipate.

The public has acknowledged the value of the health briefing and requested similar presentations from other government departments.

As the debate over the ban on alcohol sales continues, the Gauteng government has announced tough measures to counter alcohol abuse, even after the lockdown.

Gauteng Premier David Makhura expressed concern over several incidents of violent behaviour under the influence of alcohol. He is not considering a total ban on alcohol sales, but tougher measures may be coming soon.

This follows the Gauteng Liquor Forum’s threat to go to the Constitutional Court if the ban on alcohol sales was not lifted. The Forum represents 20 000 liquor businesses and gave the President until 15 April to respond to their demands.

Liquor shops across South Africa continue to be looted.

The hashtag #SignThePetitionSA, aimed at lifting the ban on alcohol sales, has been doing the rounds on social media, but may not be attracting the support the organisers had hoped for.

eNCA reporter Silindelo Masikane’s poll on the matter garnered nearly 5 000 votes, with 57.7%  in favour of keeping the ban. People are calling for prioritising problems such as fighting Covid-19, vandalism of schools, hunger and unemployment before alcohol. Others are worried about the impact of lifting the ban on gender-based violence.

A poignant perspective from @ndumiso_fuzeh: “I don’t find this making sense #SignThePetitionSA out of all things you are worried about alcohol? If this is a good initiative what about other people who don’t sell alcohol but are also not operating due to #LockdownSA we have people who run salons, internet cafés, etc”.

The EFF opposes lifting the ban on alcohol and has threatened legal action against the Gauteng Liquor Forum.

EFF’s lawyer, Ian Levitt wrote in a letter to the President said, “The EFF believes that the health rights of South Africans cannot simply be sacrificed at the altar of commercial interests of the alcohol distributors”.

Deputy President of the African Christian Democratic Party (ACDP), Wayne Thring also threw his weight behind the continued ban on the sale of alcohol.

The ANC’s Pule Mabe questioned the decision of the forum to pursue the matter, at a time when all South Africans should “play their part in assisting the government to deal with this devastating pandemic”.

Stringent lockdown regulations are exposing corrupt officials who are trying to profit from the prohibition laws.

In Mpumalanga, a councillor was accused of issuing illegal permits to informal business owners and police officers who were allegedly escorting a convoy of illegal alcohol were arrested.

In the Western Cape, police officers and employees allegedly burgled a bottle store.

In KZN, a police officer from Bishopstowe was caught allegedly selling cigarettes online.

In Mpumalanga, the East London Daily Dispatch newspaper claimed that there may be irregularities in food distribution in the region. The Department of Social Development has been asked to probe allegations of wrongdoing. DM